Home Net Worth Kaitlyn Bristowe Net Worth - Earning As A Television Personality And Multiple Ventures.

Kaitlyn Bristowe is one of the fan favorites and they want to know how rich she is. Image Source: Kaitlyn's Instagram.

Everyone has a favorite show that they just can't stop watching. And among the many shows, The Bachelor seems to be one of the favorites. Families made special bonds with some of the stars and bachelorette Kaitlyn Bristowe is no different. So when the show stopped, fans of Kaitlyn wondered what she was doing nowadays and it seems that she has become quite successful.

With several businesses of her own, Kaitlyn Bristowe's net worth has been estimated to be a grand amount. But how exactly has Kaitlyn managed to earn it all? Let's take a look and answer these questions.

Evan Bass Net Worth - What Is The Bachelor in Paradise's Income Sources?

As stated prior, Kaitlyn Bristowe's net worth has been estimated to be a grand amount. So much so that many sites claim it to be around $3.5 million. In July of 2018, CheatSheet estimated Kaitlyn Bristowe's net worth to be $220,000. But now looking at her multiple endeavors, it surely has increased. However, fans want to know just how she has managed to make such grand earnings.

If you, too, are looking for the answer to this question make sure to read till the end.

Income From Appearances On Shows

The first thing way through which Kaitlyn has managed to make such a grand earning is from her many appearances on various TV shows.

Aside from self appearances, Kaitlyn also has two acting credits. Because of her fame and popularity, we can expect Kaitlyn Bristowe's salary to be have been a grand amount as well.

One of the first things, after the shows, that come to mind for which Kaitlyn is famous for has to be her podcast, Off The Vine. This podcast includes interviews with several celebrities and reality stars and is quite popular.

With thousands of listeners tuning in, we can expect the earnings to be at least a good few thousand dollars. The earnings from this surely make a good contribution to Kaitlyn Bristowe's net worth.

One of the first business ideas that Kaitlyn thought of after the show ended was to promote products that she used and thought of creating her own products. This happened to lead the way to one of the most popular scrunchie brands, Dew. With several styles to pick from, fans can't seem to get enough of these scrunchies and they get sold out pretty quickly. 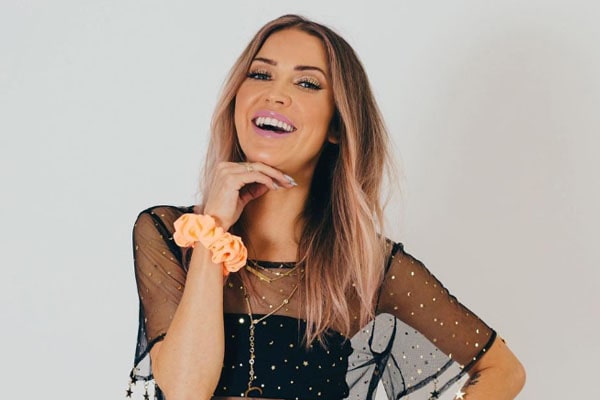 If you too are interested in buying one of these scrunchies, they are available on Kaitlyn's website for sale. But make sure to hurry as the rate at which they get sold out is astonishing.

The product that Kaitlyn is proud of, her wine Spade And Sparrows, seems to have become one of the fan favorites as soon as they hit the shelves on her website. At the moment, there are three wines available and it seems that wine lovers, and Kaitlyn herself, can't get enough of it. If you're wondering the kinds of wines available, below is a list with their prices of what is offered:

The prices of the vines aren't a lot but the quality seems to be quite high nonetheless. Maybe soon, new wines will be available but it probably won't be long before they are sold out as well. Nevertheless, the sales of the wines make sure to add quite a bit of money to Kaitlyn Bristowe's net worth.

During the show, Kaitlyn Bristowe's fiance was Shawn Booth and they had been engaged for three years. The couple seemed to be doing great but because of some problems in their tight schedules and some differences that they could not overcome, the couple broke up. Fans were devastated but at the same time wanted to know, whether she was dating anyone else. And sometime later, this question was answered. It was none other than Jason Tartick. 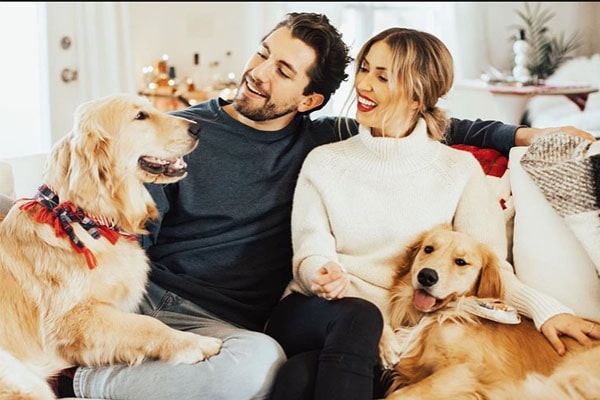 At the moment, Kaitlyn with her new partner, Jason Tartick, is living in Kaitlyn's Nashville home where she used to live with Shawn prior to their split. However, it seemed that the couple was planning to sell the house and move into a new house. And it seems that most of her fans are supporting Kaitlyn with her decisions.

Plus going through the reality TV star's social media handle, we can see how much of a comfortable life she is living.