8 Facts About Aileen Getty, She Is Christopher Edward Wilding's Ex-Wife

Legendary actors Michael Wilding and Elizabeth Taylor's son Christopher Edward Wilding was also involved in the film industry for quite some time. Being the son of two iconic actors, he was in the spotlight since his childhood. Although he could not be successful as an actor, he was clinical in the sound department. Christopher's major work came from movies like 'Tombstone,' 'Overboard,' and 'The Shadow.' But today, we are not going to focus on this star kid; instead, we will get to know about Christopher Edward Wilding's ex-wife Aileen Getty.

Aileen was Christopher's first wife, and they were married for seven beautiful years, along with two kids. But, due to some unforeseen circumstances, the couple could not stay together. If you are equally curious as us to know what happened between them and learn more exciting facts about Christopher Edward's ex-wife, Aileen, don't forget to stick to the end.

Granddaughter Of a Billionaire

Aileen is the granddaughter of billionaire Jean Paul Getty, who was an American born founder and owner of the Getty Oil Company. He was named as the richest living American back in 1957. Jean-Paul Getty's net worth was estimated to be around $6 Billion at the time of his death. He was the patriarch of the Getty family. 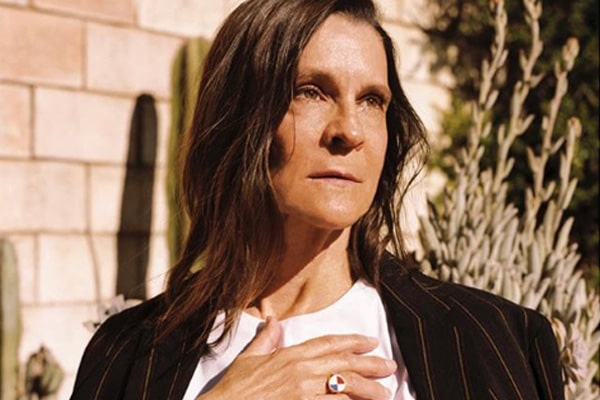 Aileen's father, Sir Jean Paul Getty Jr., was also a notable figure. He was a well-known philanthropist and writer, also one of the richest men of that time with the family wealth. Aileen sure was born in a family with massive wealth and power, but she had to go through horrible suffering.

Yes, this is the same Mark Getty, who co-founded the famous visual media company Getty Images which revolutionized the use of optical media on the internet.

Well, the Getty family is full of riches, and this expands to generations. We don't know how their relationship is right now, but since they are blood siblings, they must be pretty close to each other.

Aileen Is Suffering From AIDS

Aileen has had AIDS since 1985 and has made it to 2020 because of her willingness to live and fight against the disease. Aileen first discovered that she was HIV positive, and shortly afterward, she was diagnosed with the disease.

Aileen had a lead role in advocating the condition back in the day because of the conservative mentality of people. It was instrumental in changing people's opinions about HIV-AIDS.

Divorced with Christopher Due to AIDS

After discovering that Aileen had AIDS, Christopher wanted to divorce her, and he successfully did. Although she initially claimed that she was infected through blood transfusion, she later confessed that she had contracted HIV from unprotected sex in an extramarital affair.

That disclosure ultimately led to the end of seven years of marriage between two celebrity kids of that generation.

Aileen had first confessed to her then mother in law, Elizabeth Taylor, that she might have contracted HIV. The two were very close to each other, and Aileen even used to call her Mom even after her divorce.

Elizabeth used to admire Aileen for her fighting spirit and admired her until she died in 2011. Elizabeth played an essential role in distributing education about AIDS back in the day through her foundation of AIDS.

Christopher Edward Wilding's Ex-Wife, Aileen, Is A Mother Of Two

Even with the disease, Aileen managed to give birth to two beautiful children Caleb Wilding and Andrew Wilding-Both, of them from her husband, Christopher Wilding. Andrew was born in the same year Aileen was diagnosed with AIDS. She has been an exceptional example of a strong woman. Now fully adults, the brothers are living a healthy life on their own. She did not have any children in her other marriages.

Aileen launched a foundation of her own called Aileen Getty foundation that advocates climate change and the different aspects of a community like social injustice. She is currently the president of the foundation.

Apart from this, Aileen is also involved with numerous other projects such as Gettlove, a nonprofit organization created to acknowledge, house, and sustain housing for the homeless individuals of the Los Angeles community, the Elizabeth Taylor AIDS Foundation, and YaLa Academy.

After the divorce, Aileen married Scott Padilla in 1990 but later divorced with him on an undisclosed date. Even though the reasons behind the divorce are unknown, it may be due to the differences between their personality. She remarried again to Bartolomeo Ruspoli in 2004, with whom she is still married to this day. With numerous break downs and challenging times, it looks like she has finally found her perfect home.