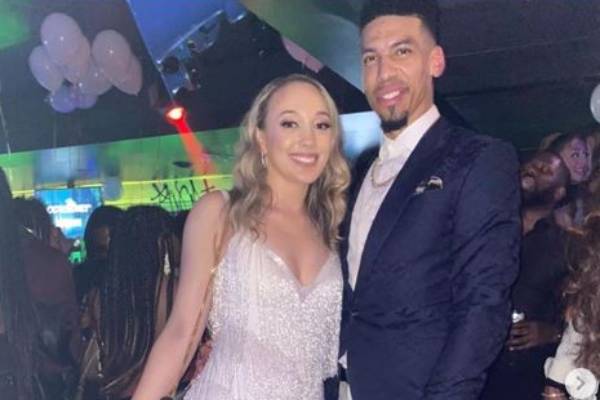 Danny Green has been in a relationship with his girlfriend Blair Bashen for more than four years. Image Source: Danny Green's Instagram.

Popular basketball player Danny Green has been a permanent fixture in the NBA scene for years. Whether it is his skills during games or his easy-going attitude outside the court, Green has managed to capture many of the NBA fan's attention. And along with this, his personal life and relationship with his girlfriend Blair Bashen is also a topic of interest for many people.

Danny Green and his girlfriend have been in a relationship for more than four years. The pair has garnered attention due to their good looks and love life since the early days of their relationship. And unlike many celebrity couples, Green and Bashen do not hesitate to showcase their love for each other through social media.

Just like her boyfriend, Blair Bashen is also an athlete and has competed for various titles during her college years. While Danny is a seasoned basketball player, his girlfriend was a part of the volleyball team at Purdue University. She had been playing the game since her high school days and won many tournaments throughout her years of playing.

Along with her volleyball history, Bashen is also known as the daughter of famous American inventor and businesswoman Janet Emerson Bashen. Janet is best known as the first African-American woman to hold a license for a software invention. She obtained the software patent for the software, LinkLine, which assists with web-based Equal Employment Opportunity investigations. She is also the founder and president of Bashen Corporation, where Green's girlfriend currently works. 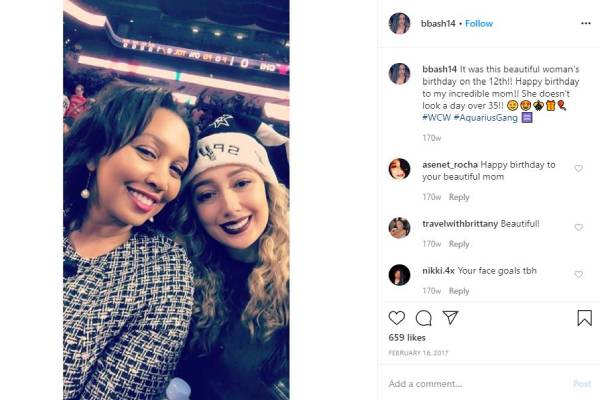 Danny Green's girlfriend, Bashen, currently holds the professional title of Organizational Development Consultant and Staff Accountant at the Bashen Corporation. She received her Bachelor's Degree in Organizational Leadership and Supervision from Purdue University in 2012.

The couple, Blair Bashen and Danny Green's relationship, have always been the talk of the town. The pair have been together for more than four years now, and looking at their love-filled social media posts, it can be said that their relationship seems to be going stronger than ever. 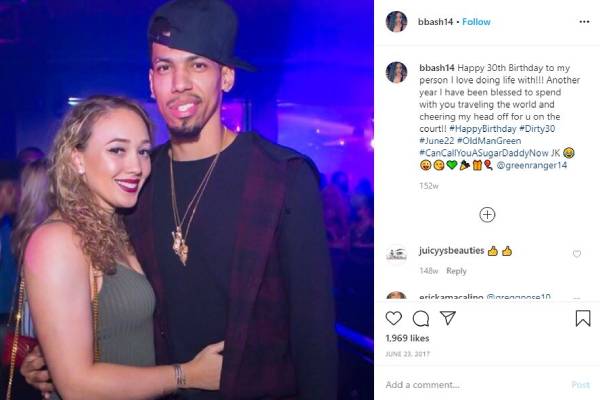 Not only social media posts, but Bashen is also seen supporting her man during his games, whether he is playing for Toronto Raptors or San Antonio Spurs. She is frequently noticed in the audience of Green's games and is his biggest supporter. And for her unconditional love and support, the NBA star loves to spoil her by taking her on vacations and even gifting her with her dream car, a Range Rover. All of these pieces of information points to the love the pair have for each other and their expensive way of living.

On June 15, 2020, Green took to Instagram to announce his engagement with his long term girlfriend. He proposed to Bashen in Surfer's Point Beach, Ventura, on their fifth anniversary. The atmosphere was definitely romantic, and the NBA star seems to be good with surprises. Blair also posted about the day and jokingly exclaimed, "Finally." 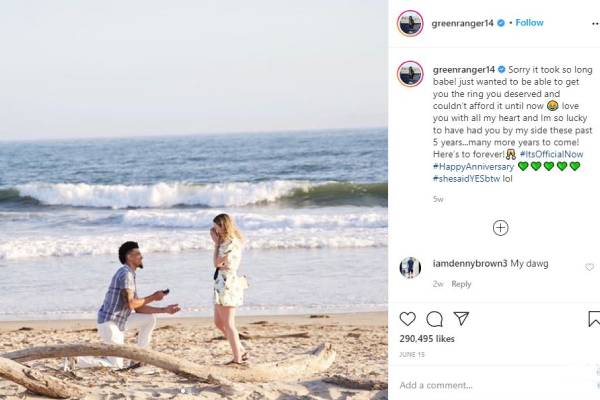 With all the love they have for each other, Danny Green and his fiancée, Blair Bashen, seem eager for the next big step in their life. The couple is very excited about their new journey, and we hope that their life is filled with more happiness in the coming years. Let's hope that fans get to witness the pair's wedding pretty soon.

Being the significant other of celebrities has its own pros and cons. While many may love one's relationship, others may blame the less famous partner over the celebrity's decision. The same thing happened to Danny Green's fiancée, Blair Bashen after he missed a shot during the game between Los Angeles Lakers and Miami Heat.

During an interview before Game 6, Green revealed that both he and his fiancée had received death threats on social media after game 5. He also said that while he has been accustomed to the threats, Blair has fewer followers on social media and can see the extent of the threats.

Even after getting such an intense response from the Lakers fans, Danny did not condemn anybody. Instead, he stated that he knew about their passion and hoped they would channel it during voting and getting justice for people who have been denied.

While the fans professing their feelings about games are much appreciated, we hope nobody has to experience what Danny and Blair have been through. And with the Lakers clinching the 17th NBA Championship, the engaged couple has much to celebrate. We wish both Green and Bashen a happy life ahead.