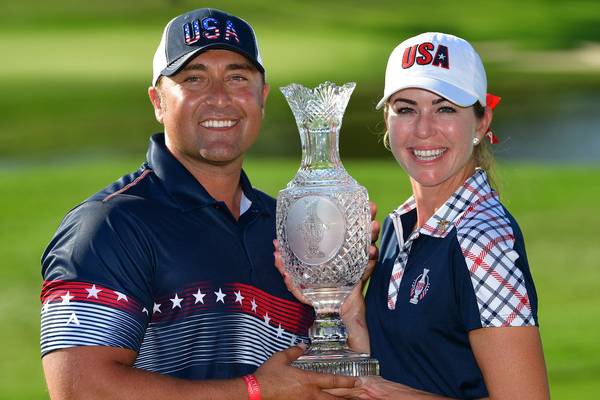 Paula Creamer was married to her ex-husband Derek Heath for three years before divorcing in 2018. Image Source: Getty Images.

American golf player, Paula Creamer has made a name for herself in the golf world and has won multiple tournaments over the years. Along with her professional achievements, Creamer's personal life has always been the talk of the town.

Paula Creamer was once a married woman. She was married to Derek Heath for three years till their divorce in 2018. Their relationship was a fairy tale romance but did not exactly have a happy ending.

Paula and Derek were in a relationship for years before getting married in 2014. The professional golfer announced her engagement on the 16th of December 2013. The duo was engaged for a year and tied the knot in December 2014 in Florida. Both of them were very happy with their wedding life, and Paula shared a few of their happy moments on her social media. 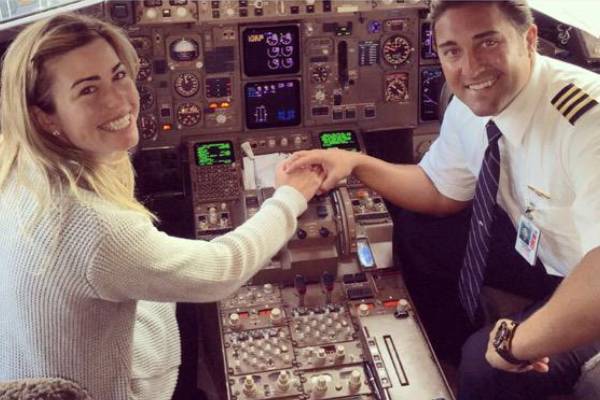 One of the cutest moments between them was in 2015 when Paula's husband Derek, who is a pilot for United Airlines, was the one who flew her and to a tournament in Scotland. She documented this on her social media and shared her excitement on finding her husband flying her for her games. All of these showed the couple's love for each other, and many believed that they were meant for each other. Many of Creamer's fans were shocked after the news of their separation was announced.

Reasons Behind Paula And Derek's Divorce

While the relationship between Paula Creamer and her husband Derek Heath was believed to be forever, but the golf star revealed that she and Derek had split after three years together. In an interview with Golfweek, she revealed that the former couple had divorced. She also wanted to keep the details about their life away from the media.

While neither Paula nor Derek said anything about the divorce, looking at their jobs and their schedule, it is believed that distance was one of the reasons behind their failed relationship. Both of them had a very hectic schedule with Creamer going to various countries for the tournaments, and Heath also flying over the world as his job.

This might have resulted in tension between the former couple, which they couldn't resolve in the years they were married. Due to this, they had to make the difficult decision to separate, and they divorced in 2018.

Who Is Paula Creamer's Ex-Husband?

Paula Creamer's ex-husband Derek Heath is a pilot for United Airlines. He also served in the United States Air Force for a few years. While he was married to a well-known figure, Heath actually stayed away from the spotlight.

Both Paula and her former husband managed to keep their wedding life and the subsequent divorce under the wraps and only announced it after they were comfortable. Even after he married a celebrity like Paula, Derek actually managed to keep his life away from the public eyes, and now after their divorce, he has continued to stay away from the media and also the social media scene.

Whether Heath is in a relationship with anyone after the divorce is still unknown. And as for Paula, she is currently dating Shane Kennedy and has been posting pictures of them together on her Instagram.

Nevertheless, while their love didn't have a happy ending, we hope that both Paula and her ex-husband, Derek, find love again and live a happy and blissful life ahead.