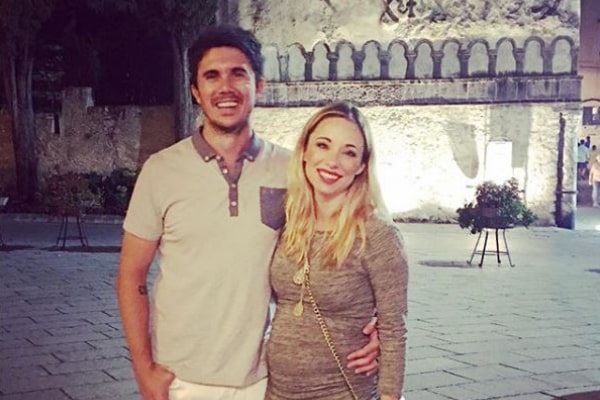 Chrissy Calhoun is the wife of famous country singer Ryan Calhoun. The couple has been married since 2012 and were dating for years before their marriage.

While mostly recognized as Ryan Calhoun's wife, Chrissy herself is an actress and has appeared in many movies and tv series. Also, her creative side can be seen in her amazing card designs, which are appropriate for various occasions.

The talented actress was born on June 7, 1981, in California, USA, as Christine Joan Griffith. She was brought up in Southern California and was introduced to acting at an early age. She took part in the drama program at The Boys and Girls Club and fell in love with acting. Along with acting, she was also interested in gymnastics and was a competitive gymnast by age ten.

Calhoun pursued both her passion as a child and was featured in many commercials when she was only thirteen. However, she was also brilliant in academics and had a Bachelor's degree in Speech Communication and Public Administration from California Polytechnic University.

Married And Has Two Son

Chrissy and Ryan Calhoun have been married for about six years now. The loving pair got married on April 5, 2014, after dating for a long time. Their wedding video can be viewed on YouTube, in which we can see that the couple had a lovely time celebrating their love. Their marriage has been going strong, and the duo even has two sons together. 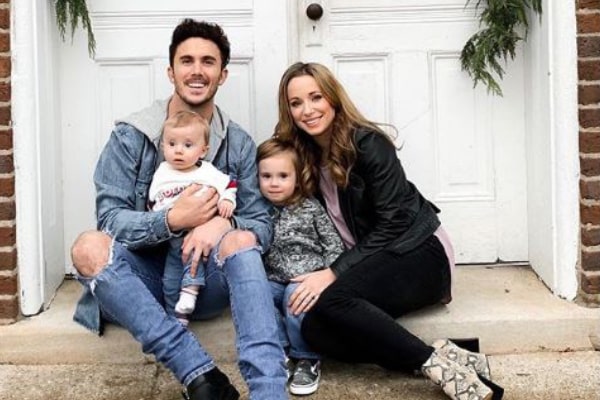 After a few years of marriage, the pair became parents to their baby boy, Knox Presley Calhoun. He was born on February 7, 2017. Their second child,  Ace Chadwick Calhoun, was born on July 5, 2019. Both the baby boys are the perfect combination of Ryan and his wife. The pair seems to be very in love with their children, and both of their Instagram pages are filled with their pictures.

Ryan Calhoun's Wife Is An Actress And Also Designs Cards

Chrissy got her big break in the entertainment industry in the feature film Boogymen 2 in 2007. After this, she has been a part of many tv series, films, and short movies like Against the Grain, My Dad's Tapes, The Hardest Part, The Haves and the Have Nots, The Reflex Experience among others. She was last featured in the short film The Instrument.

Along with acting, Calhoun also design cards that are appropriate for any occasion. She sells these products on her own Etsy shop where she sells her beautiful cards. There are holiday cards, birth announcements, wedding cards, and many other designs. Some of the cards and their prices are listed below:

These cards are very popular among the talented actress's customers. The products get many positive reviews from many people who have purchased from her.

Let's hope that the loving pair will live their life to the fullest and we wish Chrissy the very best of luck for her future endeavors.