Allen Ludden Net Worth During His Death, Was More Than Just An Actor

Home Net Worth Allen Ludden Net Worth During His Death, Was More Than Just An Actor. 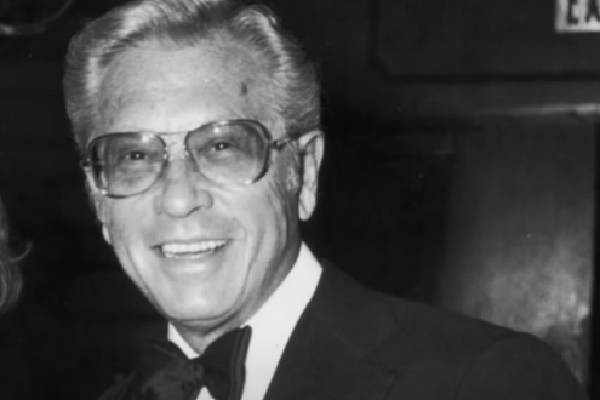 Allen Ludden was an American television personality, actor, emcee, and game host widely recognized for his work on the show, Password. Starting his career in the early 1950s as an adviser for youth in the teen magazine columns and on the radio, Allen had earned an astonishing amount of money and received several honors throughout his career.

Allen won Daytime Emmy Award for Outstanding Game Show Host and received an honorable Peabody award for teenagers' radio show, Mind Your Manners. Here, we can clearly say that the multi-talented person earned a massive amount of money and had a huge bank balance. And talking about his fortune, Allen Ludden's net worth was $5 million at the time of his death.

Allen Ludden Net Worth And Source Of Income

As per Celebrity Net Worth, Allen Ludden had an estimated net worth of $5 million earned from his diversified work. He had amassed this fortune from his long-lasting and successful career as a television personality and an actor.

Allen had accumulated his fortune from various skills such as being an actor, emcee, and singer, but mostly he made money as a television host. We can clearly state that the major source of income for Ludden was from his hosting career.

Incomes As A Television Host

Aforementioned, Ludden began his career as an advice-giver for youth in the teen magazine columns and on radio, Mind Your Manners. After that, he hosted several game shows, including the College Bowl known as General Electric (G.E.) College Bowl. But he achieved fame as a television host from hosting both the daytime and primetime version of Password on CBS and ABC between 1961 and 1975.

Ludden hosted several shows, including Liar's Club, Win with the Stars, and Stumpers!. Apart from this, he hosted the original pilot for The Joker's Wild and hosted a talk-variety show in Allen Ludden's Gallery, which he presented with his wife, Betty White.

Later on, he started hosting an updated version of the game show Password Plus on NBC, but he could not continue this show due to his stomach cancer treatment. As a television host, Allen not only gained fame but also earned a significant amount per episode.

Earned From His Multiple Career

The renowned television personality Allen Ludden had shown his skills as the host in the different television programs. Apart from this, he showcased skills in different professions such as singing, acting, writing, and many more. As a singer, he released an album titled "Allen Ludden Sings His Best Songs." The record is still available on Amazon and costs $34.59 for a copy. So, he might have earned a handsome sum from his album, which was added to his net fortune.

Many people are unaware of the fact that Allen had served in the U.S Army as the officer in charge of entertainment for Pacific Theatre in the initial days of his career. He was promoted to Captain and later in 1946 was discharged from the army. Without a doubt, he might have earned a good salary for his service.

The American television personality was a writer as well and wrote and published a handful of novels and books. Furthermore, one of Allen's most customer-viewed books was The Life (and Wife) of Allen Ludden. Frankly saying, he might have received massive cash as a writer and publisher. 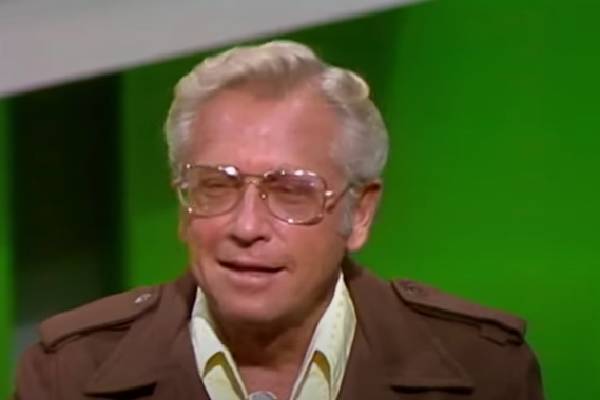 Additionally, he also worked as an actor, he portrayed various characters in movies and television series. Earnings from these projects might have also helped increase Allen Ludden's net worth.

Looking at his career graph and his diversified work, he had earned a massive fortune and might have spent a luxurious life with his family.

Coming to his love life, Allen married Margaret McGloin in 1943. The couple welcomed two daughters named Martha Ludden and Sarah Ludden and had a son David Ludden. Unfortunately, his first wife, Margaret McGloin, died from cancer in 1961. Before she died, Allen might have had to bear a hefty cost for her cancer treatment.

Later on, in 1963, on 14 June, Ludden tied a knot with the twice-divorced Betty White, who is an American actress, comedian, author, and advocate for the welfare and health of animals. Also, according to Celebrity Net Worth, White has a net worth of $75 million earned from her professional career.

In the early 1980s, Ludden was diagnosed with stomach cancer. So, he took a long break of absence from Password Plus for cancer treatment. So, he might have had to pay a tremendous amount of money for his cancer treatment.

When he was under the treatment of cancer, on October 7, 1980, he slipped into a coma. His cancer grew worse, and he had no sign of hope of returning as a television host. Sadly, one of the most renowned television hosts died on June 9, 1981, at age 63. While he suffered a lot during his final days, Ludden must have enjoyed a comfortable lifestyle.