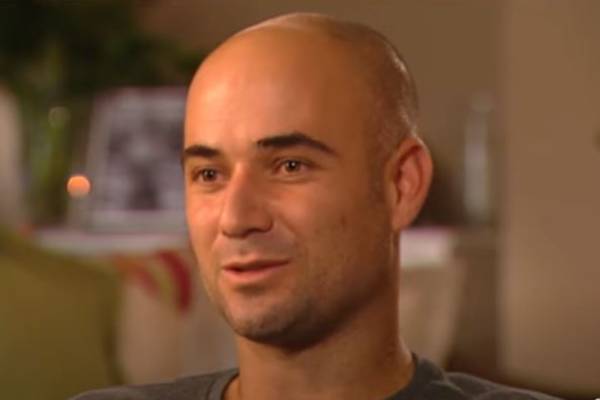 Andre Agassi is regarded as one of the best tennis players in history. The now-retired professional has won multiple Grand Slams and occupied the number one spot in ATP ranking. Along with his successful tennis career, Agassi has also been a face for many world-renowned brands.

With a huge number of grand slam titles on his name, he has earned a massive sum from the prize money and various endorsement deals. According to Celebrity Net Worth, Andre Agassi's net worth is estimated to be $175 million.

Andre Agassi Net Worth And Earnings

As mentioned above, Andre Agassi has an estimated net worth of $175 million, which comprises of prize money from various tournaments he has won and many endorsement deals.

Income From His Tennis Career

Andre started playing tennis since he was a child and even won multiple National Championships. He started playing professionally after he turned sixteen and was noticed by many viewers due to his strong performances in the early days. He won his first grand slam tournament in 1992 when he won the Wimbledon title. He was also a part of the United States' Davis Cup winning team that year.

Agassi has since won multiple grand slam titles, including French Open, Us Open, and Australian Open. Not only this, but he was also the first male player who completed the Career Golden Slam as he won an Olympic Gold in 1996. He also won the ATP Tour World Championships and, along with his Golden Slam, earned him the Career Super Slam.

From all of these championship trophies, Agassi earned a whopping $30 million in prize-money alone during his career. He spent a hundred and one weeks in the number one position in the world and continued to play good games in the final days of his professional career. He retired in 2006 after suffering from severe back problems. And even though he had to leave the game due to his health, Andre Agassi's earnings from his highly successful career helped increase his net worth significantly.

How Much Did Andre Agassi Earn From Endorsements?

Since Andre is one of the most notable faces in the world of tennis, many brands collaborated with him during his career. He had a $7 million endorsement deal with the racket makers, Donnay early in his career but then switched to Head Ti Radical racket with whom he had a multimillion-dollar contract.

Along with rackets, Agassi was sponsored by many other companies like Mountain Dew, DuPont, Kia Motors, Mazda, among many others. He also endorsed Penn tennis balls and had a long-standing deal with Nike. He later joined Adidas because Nike refused to donate to his foundations. He resigned with the sports giant Nike in 2013 with a $100 million deal.

All these deals earned him millions in a year, and he reportedly earned $28 million just from endorsements in 2004. He profited a lot due to his sponsorship deals, which undoubtedly helped raise Andre Agassi's net worth substantially.

Having earned millions from the prize money and endorsement deals, Agassi partnered with five other athletes, including Wayne Gretzky, Shaquille O'Neal, Ken Griffey Jr., Monica Seles, and Joe Montana, and established sports-themed restaurants. The eatery chain named All-Star Cafe was opened in 1996 and did good business till its closing in 2001. 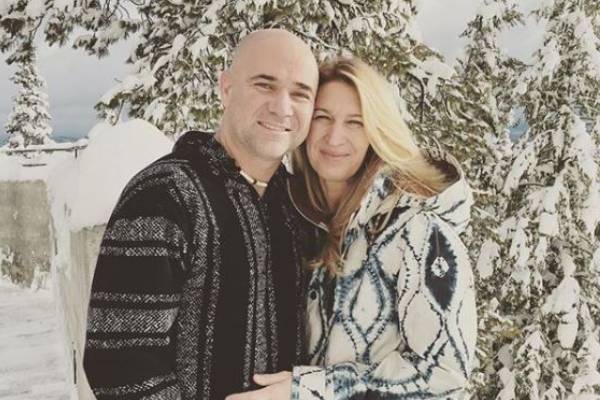 In addition to restaurants, Andre and his wife Steffi Graf founded the Agassi Graf Holdings through which they invested in various establishments. The couple also partnered with furniture makers and launched their furniture line named Agassi Graf Collection. All of these business ventures were successful in their own rights and definitely helped increase Andre Agassi's earnings over the years.

After earning millions from his tennis career and various business ventures, Andre Agassi currently lives a lavish lifestyle with his wife and their two children. The family resides in a vast property, which has its own tennis court in Las Vegas, Nevada.

He used to own a 10,000-square-foot home in Tiburon, California, which he sold for $20 million in 2007. It was purchased by the tennis player for $23 million, and he suffered a loss from it. Looking at the purchase value of these properties, we can say that the talented tennis player lives a comfortable lifestyle.

Not only has Agassi accumulated an enormous fortune, but he has also given back to society in different forms. In 1994, he established his own foundation, Andre Agassi Charitable Association, which works to provide assistance to the young people in Las Vegas. The charity works to provide the children with infrastructures, to reach their full athletic potential.

Also, he established Andre Agassi College Preparatory Academy, which provides schooling for at-risk children. He personally donated $35 million to the tuition-free center and continues to do so. He also donates to other charities like Child Haven and has worked with many foundations focussed on the welfare of children. For his efforts in helping children, he has been awarded the ATP Humanitarian award and is regarded as the most charitable player in the tennis world.