Anwar Hadid Net Worth - Is He Rich Like His Model Sisters?

Home Net Worth Anwar Hadid Net Worth - Is He Rich Like His Model Sisters?. 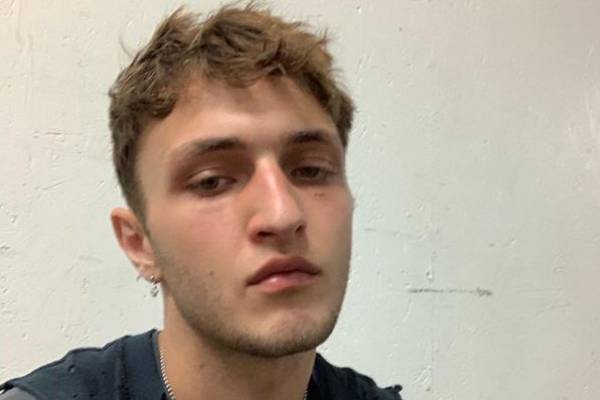 Anwar Hadid's net worth of $4 million comprises of his earnings from modeling and jewelry brand. Image Source: anwarspc.

Anwar Hadid is one of the most talked-about male models in the current fashion world. He started his modeling career at sixteen and has already worked with several major brands and fashion magazines. Anwar is also recognized by many because of his parents and his sisters' success in the entertainment industry and real estate business.

The American model has been part of numerous successful modeling campaigns and has managed to accumulate a massive fortune in a short amount of time. According to Celebrity Net Worth, Anwar Hadid's net worth is estimated to be $4 million.

Anwar Hadid Net Worth And Earnings

As stated above, Anwar Hadid has an estimated net worth of $4 million, which he has mostly earned from his career as a model. Hadid also owns a unisex jewelry brand, Martyre, which has gained attention from numerous people.

How Much Does Anwar Hadid Earn As A Model?

Coming from a family full of models, it was no surprise when the then sixteen-year-old Anwar Hadid signed his first modeling contract with IMG Models in 2016. He was the last Hadid siblings to pursue a career in modeling, as his sisters, Gigi Hadid and Bella Hadid, had already established themselves in the industry. 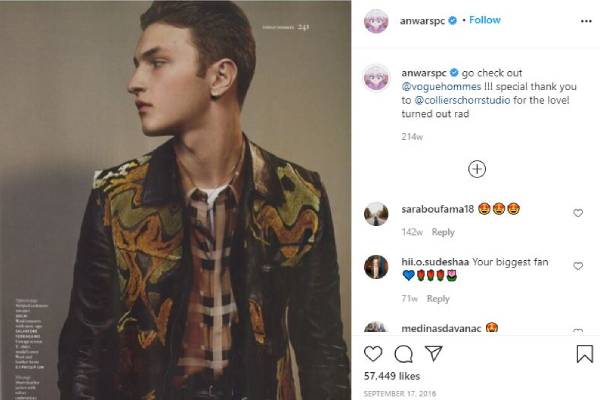 Since signing the contract, Anwar has been on the cover of several fashion magazines, including Teen Vogue, Paper, and VMAN. He has also been a part of campaigns for Zadig & Voltaire and Hugo Boss and has also walked runways around the world. As one of the busiest male model in the business, Anwar Hadid's earnings as a model has helped increase his total net worth.

Few years after his modeling debut, Anwar Hadid collaborated with Yoni Laham and co-founded the jewelry brand, Martyre. The brand, which is based in Los Angeles, has unisex statement pieces designed by Ryan Benson and other designers. The jewelry pieces have unique designs and have been featured in numerous fashion magazines and campaigns. Given below are some of the designs from Martyre and their respective prices:

All of these jewelry pieces are available on the Martyre's official website. There are also several options regarding the material of the items, including Sterling Silver, Gold, and Rose Gold. As the brand's co-founder, earnings from jewelry sales have undoubtedly helped increase Anwar Hadid's net worth significantly.

Anwar Hadid comes from a family of multimillionaires with his sisters and parents, all earning fortunes from their respective careers. His sisters are two of the industry's highest-paid models; Gigi has an estimated net worth of $29 million, whereas Bella has a net worth of $25 million according to Celebrity Net Worth. His mother, Yolanda Hadid, is a television personality and former model and has an estimated net worth of $45 million, while his father, Mohamed Hadid, has $5 million to his name.

Even though Anwar is yet to reach the fame of his family members, with a burgeoning modeling career and successful business ventures, Anwar Hadid's net worth has already crossed the $4 million mark. And with many more career opportunities in the upcoming days, it won't be a surprise it Hadid's total wealth will be similar to his sisters.

Anwar Hadid and his sisters were raised on a ranch in California by their mother, Yolanda Hadid. Hadid spent quality time with his family during the lockdown at his mother's Pennsylvania ranch. His girlfriend, singer Dua Lipa also joined him at the beautiful farm, which reportedly cost $4 million. 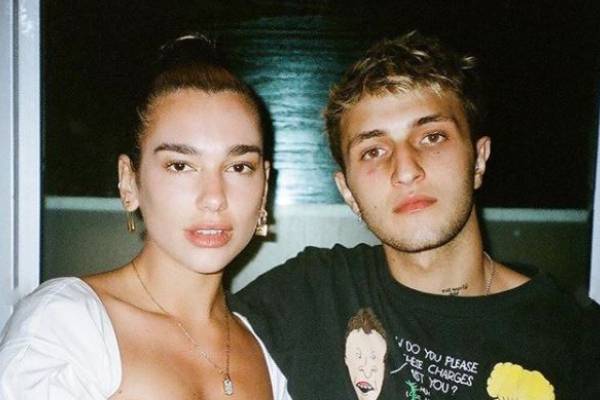 Since both Anwar and Dua have been traveling worldwide for their works, they are yet to purchase their own place. However, the British singer revealed that she and Hadid had rented a flat together in New York City.