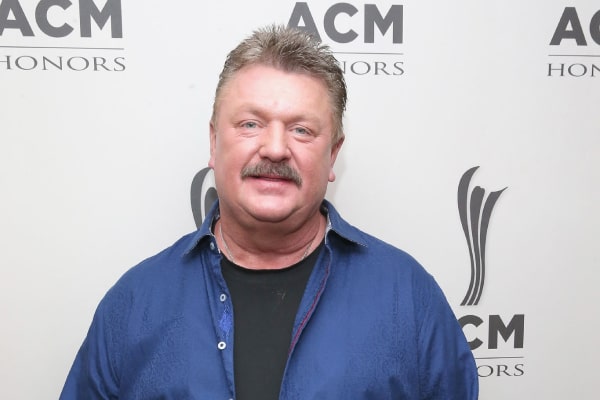 Joe Diffie had an estimated net worth of $10 million during the time of his demise. Photo Source; Pinterest.

One of country music's icons, Joe Diffie, had been in the music industry for years. His singing and songwriting skills have helped many people around the world. With large numbers of country hits and successful albums, Joe has secured a place in people's minds for a very long time.

As someone who has made music that has inspired many fans for years, the singer had also earned an enormous amount through album sales and tours. So, it is no surprise that Joe Diffie's net worth was estimated to be $10 million at the time of his death.

Joe Diffie's Net Worth And Earnings

Known for his unique musical style, the country music artist had been making chart-topping songs for years. According to Celebrity Net Worth, Joe Diffie's net worth was estimated to be $10 million during the time of his demise.

The country singer's professional career started in the 1990s. His debut album A Thousand Winding Roads was released in September 1990. The first single from the album reached #1 in the Hot Country Songs Chart. Other singles from the albums also garnered similar success.

After the success of his first album, Joe released albums like Honky Tonk Attitude, Life's So Funny, Regular Joe, and Third Rock from the Sun in the following years. All of these albums did well on the charts and also in the sales. Estimated income from these albums according to The Richest are given below:

Joe continued to make many other albums like Twice Upon a Time, A Night to Remember, and Greatest Hits. These albums were not as popular as his earlier ones and were his last works under the Epic Records.

After transferring to Monument Records, he released the album, In Another World. This received mixed reviews for the album and also didn't do as well as his previous albums. This was his only album with Monumental Records after that Diffie released four more albums under different record labels.

With twelve albums under his pocket, the singer-songwriter had achieved fame for his beautiful and meaningful songs. All the earnings from the albums and singles sales must have helped increase Joe Diffie's net worth.

As seen with most country artists, YouTube does not seem to be the leading platform for their music. However, Joe's subscriber count of 57.2K says a different story. From his channel, Diffie's earnings are estimated to be $2.7K to $43.1K yearly. With the subscribers and view count slowly increasing, Joe Diffie's income from the video site must grow in the following years.

Along with the music he has released since the 1990s, Joe had been on tours supporting his albums. He toured with Mark Chestnutt and Tracy Lawerence on the Rockin' Roadhouse Tour in 2002. Not only this, but he had also performed in various country music festivals around the U.S. on many occasions. According to his website, he also had shows scheduled in the following months, which sadly will be canceled, seeing his recent death due to complications from the COVID-19.

Similar to artists around the world, Joe also had a merchandise line. It includes t-shirts, hats, shot glass, and other items. All these products are available on his official website, and some of the products with their price are listed below:

All the amount gained from these product sales inevitably helped in the increase of Joe Diffie's net worth.

Some Facts About Joe Diffie