Joe Swash Net Worth vs Stacey Solomon Net Worth - Who Is The Richer Among The Two?

Home Net Worth Joe Swash Net Worth vs Stacey Solomon Net Worth - Who Is The Richer Among The Two?. 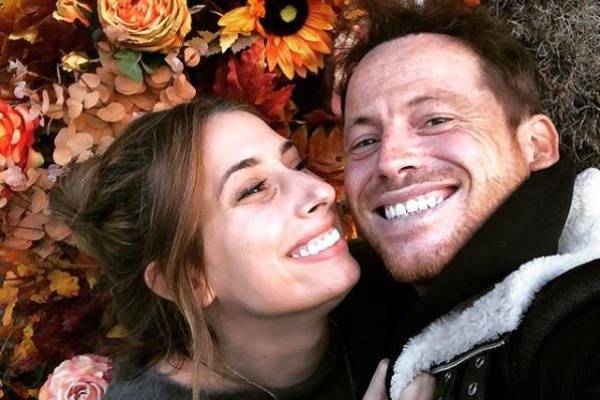 The beautiful couple, Stacey Solomon and Joe Swash, are some of England's most famous people. Their personal, as well as professional life, has been a topic of interest for many people since the start of their relationship. Both Stacey and Joe are television personality, and they met in the reality show, I'm a Celebrity ... Get Me Out of Here!.

While she gained much recognition as a television personality, Solomon first came into limelight as a singer in The X Factor. Since then, she has hosted many shows and established her own company and has earned a fortune from it. From her highly successful career, Stacey Solomon's net worth is estimated to be $5 million. As for her partner, Joe Swash's net worth is estimated at $124,000 which comprises of his earnings as an actor and television personality.

Stacey Solomon Net Worth And Earnings

As mentioned above, Stacey Solomon has an estimated net worth of $5 million. She has earned this fortune being a part of various television shows, from her music career and other business ventures.

Earnings From Music And Television

The blonde-haired beauty found fame after participating in the sixth season of "The X-Factor." She was in third place behind Joe McElderry and Olly Murs. She released her debut album, Shy, in 2015 and gained considerable success from it. She has yet to make more music and release her second record. However, she must have earned a significant amount from her music career.

After finding fame through her singing career, Solomon took part in many reality shows. She was part of I'm a Celebrity ... Get Me Out of Here!, Party Wars and also presented dating show, The Love Machine. She also won $74,478 (£60,000) in the celebrity special of The Chase in 2016.

However, her most famous television appearance is in Loose Women. As a co-host of the renowned daytime, she has earned a grand sum in the last four years. She is reportedly paid $3723.93 (£ 3K)  for an episode based on the significant part of the profit made. From the works she has done over the years in television and her music, Stacey Solomon's earnings have seen a considerable rise.

Along with music and television, Stacey is also very active in the business world. She has partnered with Primark to launch her clothing collection. The collaboration was a huge success and included various clothing items like coats, skirts, tops, pants, bags, among many others. Many items from the first collection were sold out within a short period of time. 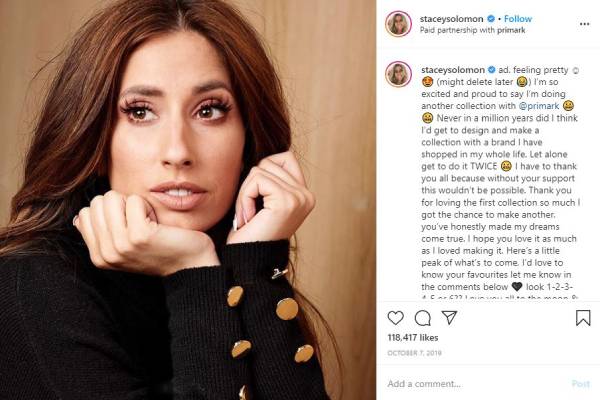 She also became the face of the supermarket chain, Iceland, in 2011 and has pocketed a massive sum from them. Not only this, but she also owns her own company, Key Map Entertainments, which is reportedly worth close to $1 million. All of her income from these smart business ventures has undoubtedly increased Stacey Solomon's net worth.

Joe Swash Net Worth And Earnings

As stated above, Joe Swash's net worth is estimated to be at $124,000 (£100,000.) Just like Stacey, her partner is also heavily involved in various television shows, and Joe Swash's net fortune includes his earnings from it and also from his acting career.

Joe started acting when he was just seven and appeared in a television advertisement. He then kept up with acting and went on to become one of the most sought after child actor for a few years. However, a few years later, he wanted to leave acting and was going to train as a firefighter but got a part in the famous show EastEnders which changed his mind. He was part of the show for about eight years and gained massive fame from it. Other series he has been a part of are listed below:

Not only scripted shows, but Joe has also participated in and presented many reality shows. He was a part of the British reality show, I'm a Celebrity ... Get Me Out of Here! and then won the whole season in 2008. The following year he hosted the show and its spin-off series and was the co-host till 2018. He also participated in Dancing On Ice and clinched the title.

As the winner of two reality shows, he must have gained a significant sum from his time there. And all of his works as an actor and television presenter has undoubtedly helped increase Joe Swash's net worth.

With 575.5K on Twitter and an impressive 1.5 million followers on Instagram as of May 2020, Joe has used his social media as a platform as a source of income. He not only shares pictures of his family but also posts a number of promoted posts on his social media pages. Recently he partnered with the supermarket chain, Iceland Foods, and has also collaborated with many other companies. 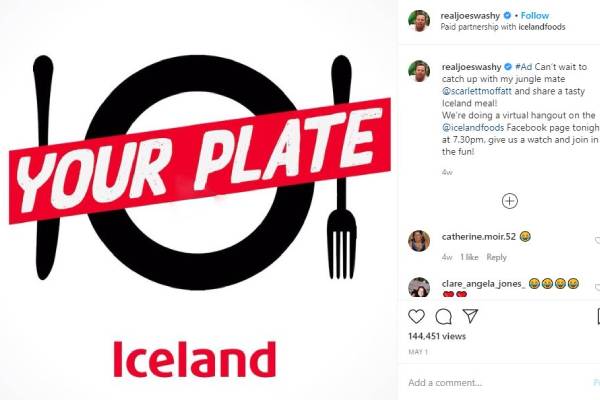 As one of the most followed men in England's social media scene, Joe Swash's earnings must have seen exponential growth after partnering with various prominent companies over the years.

In conclusion, while Joe Swash's net worth includes his earnings from acting and other sectors, his partner Stacey Solomon's net worth is significantly higher than his. This is due to Stacey's multiple business ventures and earnings as a talk show host for the famous show, Loose Woman.

With the couple earnings millions of dollars individually from their very successful careers, Joe Swash and Stacey Solomon live a lavish lifestyle. The couple resides in their Essex home with their children and is frequently sharing stories about their lives in their social media pages.