Joey King Net Worth - Income And Earnings As An Actress

Home Net Worth Joey King Net Worth - Income And Earnings As An Actress. 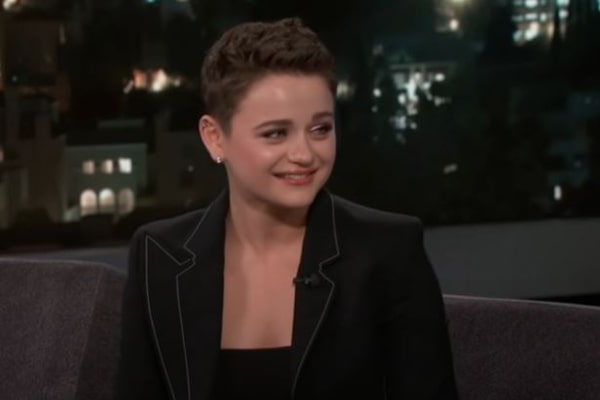 Joey King started her career by appearing in commercials when she was just four years old. Image Source: YouTube.

Hundreds of child actors have been introduced to the viewers through various movies and tv shows. Not many of these young actors who were successful during their early days continue to earn success in their adulthood. A large number of these actors have been lost after their success in their childhood, and only a few of them have enjoyed the same amount of success later in their life.

At the young age of four, Joey King appeared in a commercial, and since then, she has taken the entertainment industry up by a storm. Whether it is a rom-com or a thrilling story based on a true story, King has managed to earn recognition from viewers and critics alike. And from all the projects that she has appeared in, Joey King has made an estimated net worth of $3 million.

Joey King Net Worth And Earth

As mentioned above, Joey King's net worth is estimated to be $3 million. She has managed to amass the vast fortune from her career as an actress.

The talented actress has appeared in a number of tv series since she appeared in The Suite Life of Zack and Cody. She has been a part of many series like Jericho, Medium, CSI: Crime Scene Investigation, Bent, Fargo, The Flash, and many more. Her most famous series is Hulu's The Act, where she played the character, Gypsy Rose Blanchard. King blew the audiences away with her incredible performance, which earned her Emmy and Gloden Globe nomination.

The beautiful star was active in movies; however, she gained recognization after starring in the film Ramona and Beezus with Selena Gomez. After this, she has appeared in a number of movies like Quarantine, Battle Los Angeles, Crazy, Stupid, Love. The Conjuring, Wish I Was Here, among others. Her most recent movie appearance is in Netflix's The Kissing Booth and its upcoming sequel.

Here are some of the movies in which Joey has showcased her talents along with their box-office collection:

As acting is the primary source of income for the Golden Globe nominee, all of the shows and films must have helped grow Joey King's net worth exponentially. And with numerous upcoming projects in the line of release, the beautiful actress's earnings will definitely increase in the coming years.

Income From Commercials And Voice Acting

Joey King was just four years old when she starred in a Life Cereal commercial. After that, as a child, the talented actress appeared in more than a hundred commercials. Her appearances in these advertisements for various products helped in furthering her acting career. All these parts must have helped her in earning a considerable sum of money for the young actress.

While her acting abilities can be seen in various shows and films, King has also shown her talent as a voice actress. She has lent her voice to a number of characters in many animated movies. Horton Hears a Who!, Ice Age: Dawn of the Dinosaurs, American Dad!, The Boxcar Children - Surprise Island, The Simpsons are some of the movies and shows in which the actress has voiced characters. Seeing as she is one of the most well-known performers of the younger generation, Joey King's salary and income from these parts must have been pretty huge.

Being one of the most popular actresses in recent days, Joey has been appointed as the spokesperson for the company, Urban Decay. She was introduced as one of the new faces for the "Pretty Different" campaign of Urban Decay makeup. 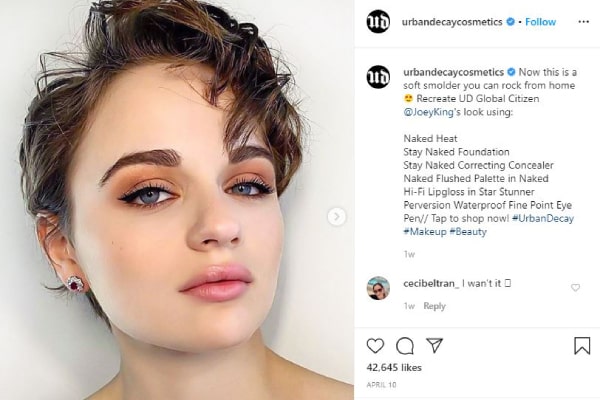 As one of the faces, the talented performer has been a part of various product advertisements and commercials of the makeup brand. The actress must have earned an enormous sum as the spokesperson for such a big company. And surely, Joey King's net worth benefitted from the collaboration with the company.

With the vast fortune she has earned to date, Joey King is living a comfortable lifestyle with her new boyfriend, Steven Piet. Also, going through her social media, it is clear that King lives her life to the fullest. She also does not forget to give back to society as she has supported various charities and organizations.

Some Facts About Joey King