Nev Schulman Net Worth - How Much Did He Earn From Catfish Per Episode?

Home Net Worth Nev Schulman Net Worth - How Much Did He Earn From Catfish Per Episode?. Nev Schulman salary for Catfish is $100 thousand per season.

The famous television personality and executive producer, Yaniv Schulman, or better known as Nev Schulman's net worth is estimated at $500 thousand. He piled up his fortune mostly from the documentary, Catfish and the follow-up television show, Catfish: The TV Show.

Besides being a host of the hugely successful series, Nev is also an actor and a photographer. Also, he has used his experiences as the host of the reality show to write a book about living in a digital world. All of his career choices have led him to earn a vast fortune.

Nev Schulman Net Worth And Earnings

As mentioned above, Nev Schulman has an estimated net worth of $500K from his career as a television host. His fortune also comprises of the earnings from book sales and few other sources.

Nev Schulman's journey in the television world began in 2010 when he became the subject of his brother Ariel Schulman's documentary Catfish. The project centered around Schulman falling in love with a woman he met on the Internet and later finding out that the woman was not who she claimed to be.

After the success of the documentary, Nev took the job of hosting and producing the follow-up series, Catfish: The TV Show on MTV. Due to the unique content of the reality-based show, it gained massive success within a short time. Along with Catfish, Schulman has hosted many other shows, including We Need to Talk and True Life: Crime. He has also starred in few movies as himself over the years.

Nev must earn a significant amount from his television and movie appearances. As the host of the show, Nev Schulman's salary for Catfish is estimated to be at $100,000 per season. So, his earnings per episode must be a considerable amount, and this has undoubtedly helped increase Schulman's net worth.

Earnings From Photography And Book Sales

Before Catfish, Nev Schulman was a New York City photographer and a filmmaker. He established a photography and film production company with his brother and also started photographing dancers. The class of his photography was so sublime that it has appeared in popular magazines such as Vogue, The New York Times and Dance Magazine.

Not only photography but Schulman has also tried his hand in writing. He is the author of the book, In Real Life: Love, Lies & Identity in the Digital Age, which was published in 2014. The book is a guide for people to connect with each other authentically in the digital world. The book is available for purchase on Amazon and costs $16.00 for a paperback version.

The famous reality show host has probably received good money during his photography career. He must have also pocketed a significant amount from his book sales. All of his earnings from book sales, photography and his production has helped in the increase of Nav Schulman's net worth.

With a huge net worth, Nev Schulman must be living a luxurious life. Giving glances at Nev's Instagram, he frequently posts photos that define the lavishness in his life. He also has succeeded in providing a happy and wealthy life to his family. 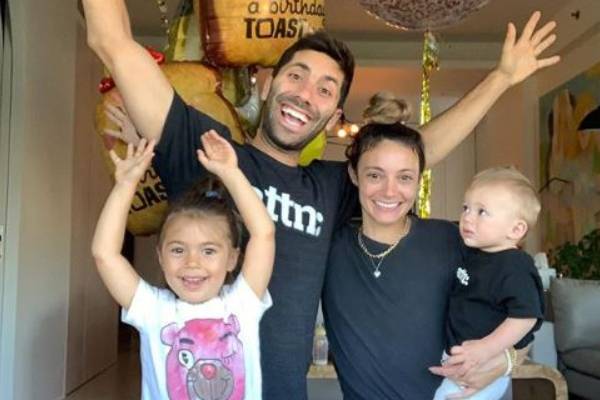 In addition to enjoying his splendid life, Nev Schulman has also given back to society. He is the founding member of the Youth Leadership Committee in the organization, Leave Out Violence. He has also used his voice to talk about various social issues like discrimination and unrealistic beauty standards, among others.