Home Net Worth NLE Choppa Net Worth - Look At The Rapper's Earnings And Income As A Rapper. 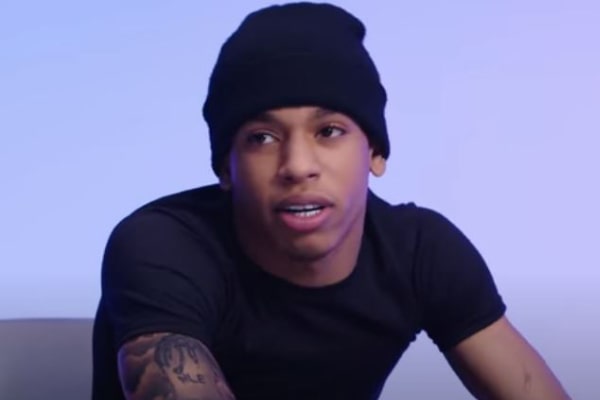 NLE Choppa has managed to earn an estimated net worth of $3 million from his career as an artist. Image Source: YouTube.

Many rappers have been fortunate enough to be loved by thousands of people around the world. These artists have emerged from various backgrounds as well as in different points and ages in their life. Some have enjoyed success after years of struggle, while others have earned their success from the start.

NLE Choppa is one of the artists who has gained popularity and recognition since his very first song. His interest in music from the early days has paid off and earned him a massive success at the mere age of seventeen. From his successful career as a rapper, songwriter, and singer, Choppa has earned an estimated net worth of $3 million.

NLE Choppa Net Worth And Earnings

As one of the rappers to gain massive success in the early stage of his career, the talented star has earned a vast fortune. From his successful few years in the music industry, NLE Choppa's net worth is estimated to be $3 million. However, there are many sites which suggest that Choppa's net worth even reaches the $5 million mark.

The talented artist released his first song, No Love Anthem, in 2018. After that, he released his debut mixtape, No Love the Takeover, in July of the same year. However, he first gained recognition from his opening verse, and his dance moves in the song, No Chorus Pt. 3 by his Shotta Fam collective.

Just after a week, his breakout single, Shotta Flow, was released, which helped him gain even more popularity. The song was an instant hit and was even certified platinum by the RIAA. His other singles like Shotta Flow 2, Blocc Is Hot, Free Youngboy, were also successful in their own rights. All of these songs and their respective videos also were viewed millions of times on YouTube.

After making and releasing many singles over the months, the young rapper released his debut EP titled Cottonwood in December 2019. His EP featured collaborations with artists like Meek Mill and his previously released chart-topping singles. While his EP received great reviews from fans and critics, he is yet to release his debut studio album.

As a breakout artist, NLE Choppa's earnings from his debut EP and numerous singles have helped increase his wealth significantly. Also, with his studio album set to release in 2020, it won't come as a shock if his collective net worth sees a vast rise in upcoming days.

The Memphis born artist's YouTube channel has more than 2.42 million subscribers as of April 2020. The videos in his channel garner millions of views, and his breakout single, Shotta Flow, has more than 130 million views.

According to SocialBlade, as of now, NLE Choppa's earnings from his channel is estimated to be $11.5K to $183.7K monthly and $137.7K to $2.2 million yearly. Not only this, but his music is also available in various streaming services, and all the income from these services is also included in the artist's total wealth.

Just a year after his debut, Choppa launched his own record label, No Love Entertainment (NLE), in partnership with Warner Records. While many other emerging artists join established labels like Republic, Interscope, and many others, the famous rapper chose to launch his own label in 2019. He has already released his songs under the company, and his debut studio album will also be under it.

Even if he is just starting his journey in the music industry, the talented artist has shown his savvy business mind and used it to his own gain. Surely, in the coming days, NLE Choppa's net worth will see exponential growth from the record label.

Following in the footsteps of thousands of artists around the world, Choppa has also launched his own merchandise line. The apparel line includes t-shirts, hoodies, and other products. Some of them are given below:

All of these items are available at the artist's merchandise store. As one of the famous upcoming artists, merch sales must be very high, and earnings from them must have helped increase NLE Choppa's net worth to rise.

Like most of the rappers in the country, NLE Choppa also loves to flaunt his riches he has earned as an artist. His Instagram account, which is managed by Warner Records, consists of photos in which he is seen holding a bundle of cash as well as his expensive jewelry. In an interview with GQ, he has showcased all the pieces of jewelry he owns. From his first $50K chain and now to his diamond-studded bike chain necklace, which by the looks of it definitely costs a lot, we can see that the talented rapper has come far. 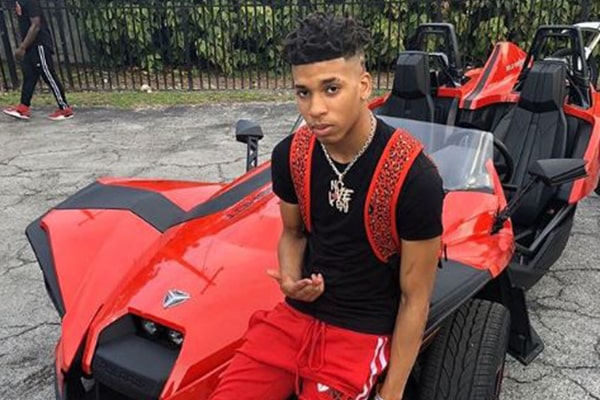 Looking at the collection of jewelry and all the pictures of him in front of expensive wheels, we can say that the rapper enjoys a lavish lifestyle. And with new music coming soon, he will surely add to his growing collection of assets and increase NLE Choppa's net worth even more.

Some Facts About NLE Choppa