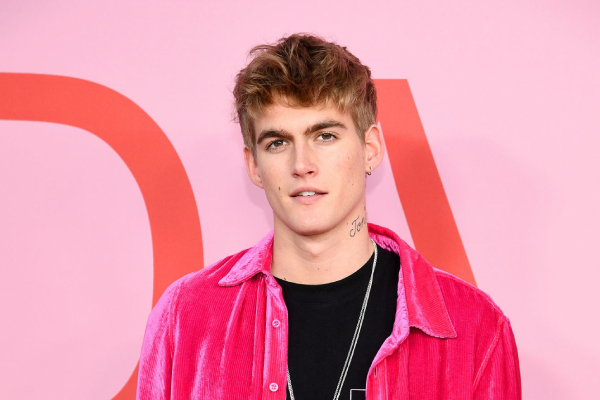 Being born in a family of famous people is a very difficult thing in any day and age. Many of the offsprings of well-known celebrities have either followed their parent's footsteps or have completely stayed away from the glamour world. But whatever they go on to achieve are mostly shadowed by their parent's achievement, and only a few are able to get away from the family name entirely.

One example of children following the footsteps of their parents is Presley Gerber. The son of the former supermodel Cindy Crawford and her husband Rande Gerber have followed into their footsteps and have started creating big noises in the modeling industry.

Presley Gerber was born on July 2nd, 1999, in Los Angeles, California, to mother Cindy Crawford and father, Rande Gerber. He is the oldest among the couple's children and has a younger sister, Kaia Gerber. Presley and his sister Kaia were brought up in Malibu and now resides in Los Angeles. 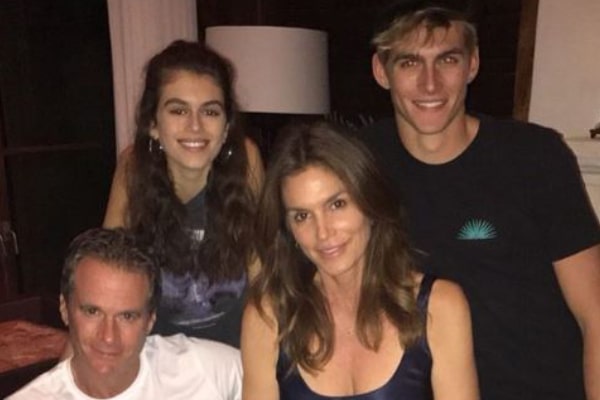 As the children of a famous supermodel, Presley was subjected to media attention early in his life. However, he has admitted that he didn't realize his mother was famous until he was about ten years old. He said that Cindy was like any other mother who would take him to school and read bedtimes stories and that he didn't understand what fame was until he was older.

The Gerber family seems to be a very close-knit family, and Presley has mentioned on several occasions that family means everything to him. His devotion to his family can be seen in various forms of tattoos on his body that are dedicated to his family. And while his parents are inspiring people, the talented model has said that his younger sister is the one who he looks up to the most.

Presley Gerber Net Worth And Earnings

Following in their parent's footsteps, Presley and his sister both have walked a few runways and modeled for various fashion brands. While his sister started at an early age of ten, Gerber himself was a little late to the party. He only started modeling while he was in high school.

The model's debut runway show was Moschino's Cruise 2017 show in Los Angeles when he was 16-years-old. Since then, he has walked down the runway for many high-end fashion brands. He opened the Dolce & Gabbana show in Milan in 2016 and has been on the cover page of famous fashion magazines. He has also appeared in various fashion campaigns with his sister and collaborated with the clothing line Superdry. All these fashion projects must have helped to increase Presley Gerber's earnings significantly.

In 2017, Presley won the Emerging Model Award in the Fashion Los Angeles Awards, which is not surprising seeing his talent in both runways and also in his various modeling projects.

While he has tasted tremendous success in the early stages of his modeling career, Gerber says that he only does it to have fun and travel around the world. In an interview with Vogue, he revealed that he wants to follow in his father's footsteps and own his own bar/club.

Currently, Cindy Crawford's son is rumored to be dating model Sydney Brooke. The two were photographed together outside the restaurant owned by Gerber's father. However, Presley took to Instagram and posted the duo's photo alongside with caption, "We work together... literally." While the pair have not confirmed their relationship, they do look good together.

Along with his resemblance to his mother, Presley is also known for his large collection of tattoos. His body bears tattoos ranging from his dedications to his family to other miscellaneous designs. He has a compass tattoo on his arms with the initials of his family members on four directions, a "Family First" one, and also his birth date.

Apart from this, he also has other tattoos like a pair of cat eyes, rose, diamond, a miniature skull, smiley, grim reaper, a gun, among many others. Just recently, he debuted a face tattoo that garnered generous attention. He has the word misunderstood inked in bold letters just under his left eyes.

In 2019, Presley was arrested after he was found driving under the influence after being pulled over for speeding. He was then charged with DUI by the Los Angeles District Attorney's office. This led to him being sentenced to three years probation and to complete two days of community service.

Not only this, but he was also accused of transphobia by the internet users after he related him getting face tattoo to people changing their genders in his Instagram story. He had posted this response after getting backlash for his "Misunderstood" face tattoo.