Home Net Worth Shay Mitchell Net Worth - Salary From Pretty Little Liars And Earnings As An Actress. 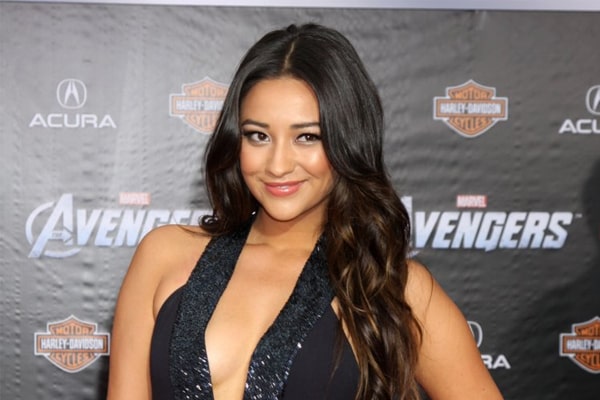 Shay Mitchell's net worth is estimated to be $6 million. Image Source: Insider.

Well known for portraying Emily Fields in the ABC Freeform series, Pretty Little Liars, Shannon Ashley Garcia Mitchell, aka Shay Mitchell, garnered up an enormous fortune and popularity as an actress. Shay Mitchell's net worth estimates around $6 million. Not only is she an actress but also one of the most elegant models who can make you fall in love at first sight.

Progressing through her career, Mitchell was fortunate enough to sign great deals and contracts in modeling. The stunning actress started to pile up her fortune by her late teens modeling for a variety of companies in Bangkok, Hong Kong, Barcelona. Did you know? The actress is also an author by profession. So, she probably earns handsome money from selling books as well.

Net Worth: What Are Shay Mitchell's Sources Of Earnings?

As discussed above, the dazzling actress amassed a grand fortune of $6 million from her brilliant career. Shay Mitchell's net worth comprises of the incomes, earnings, and revenues that she has been able to pull off from her marvelous career as an actress, model, entrepreneur, and author.

Income From Acting And Modeling

Shay Mitchell began her acting journey by appearing in the Canadian teen drama series, Degrassi: The Next Generation. She even appeared on the Disney XD series, Aaron Stone, as Irina Webber for four episodes. 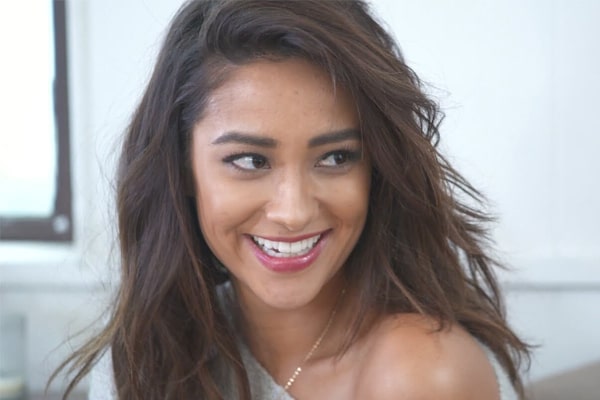 But Shay Mitchell wasn't ready for what was going to flip her life upside down. She was cast in the ABC Freeform series, Pretty Little Liars, in December 2009. Mitchell characterized the role of Emily Fields in the series, and the TV series hype escalated quickly despite its mixed critical reviews.

As for the Pretty Little Liars' cast salary, one of Shay's co-stars, Lucy Hale, was reportedly earning $42,000 per episode from the show. So, we can presume that Shay Mitchell's salary per episode was somewhere around the range. However, sad for the PLL fans, the show ended in June 2017.

Then, Shay Mitchell appeared opposite Gossip Girl alum, Penn Badgley, in the Netflix hit series, You in 2018. Likewise, in 2019, she starred in American web TV series, Dollface. We assume the TV actress was getting paid with significant paychecks from these shows.

Shay Mitchell embarked as an impressive model as well. She seems to get offers and awesome deals from sponsorships and brands. The TV actress graced Cacharel Parfums impeccably through her modeling shots on her Instagram account. 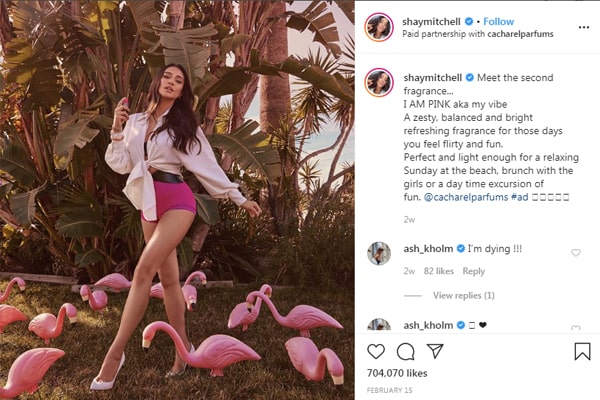 Perhaps, Mitchell seems to draw a considerable sum of dollars from her modeling profession that counts in her $6 million wealth.

Income As The Founder of Béis Travel

In case you didn't know, Shay Mitchell owns Béis Travel, a branded bag store. The well-established actress' fortune piles up plenty of revenues from this business. The store sells from bags to luggage and convertible backpacks to cosmetic pouch sets. 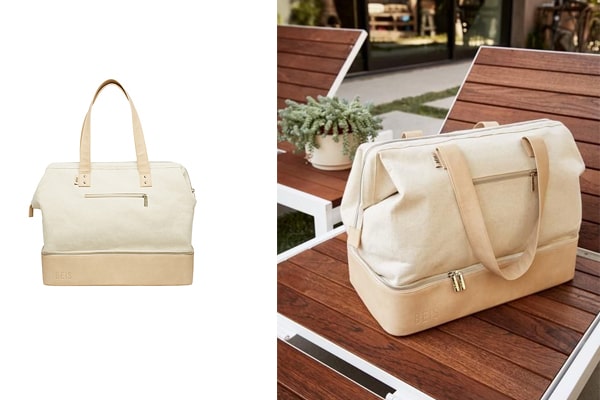 Here are some of the cool bags along with its price tags:

Therefore, these luxury bag collections seem to lure tons of women. As a matter of fact, the sales of Béis bags are a profitable one for Shay Mitchell that increases her fortune gradually.

Well, Shay Mitchell is also a huge YouTube personality. She has a massive 4.26 million subscribers on her self-titled YouTube channel, Shay Mitchell. The actress has her own YouTube Original series collaborations, Shaycation! and fun tutorials.

According to Social Blade, Shay Mitchell's earnings range between a monthly estimated amount of $791-$12.7k, and yearly earnings cover up from $9.5k to $151.9k. So, YouTube acts as one of Shay Mitchell's sources of income.

Similarly, Mitchell is an author too and has published a book, "Bliss: A Novel," with her best friend, Michaela Blaney. The book will cost you $0.99 for the KIndle-edition and $9.45 for Paperback on the Amazon. Hence, Mitchell's income as an author must be satisfying.

The gorgeous Shay Mitchell gathered up such a well-deserved fortune from her fascinating career. No wonder, she has spent big bucks on luxury, the three-bedroom house in Beverly Grove, California, valued $1.3 million in 2012. 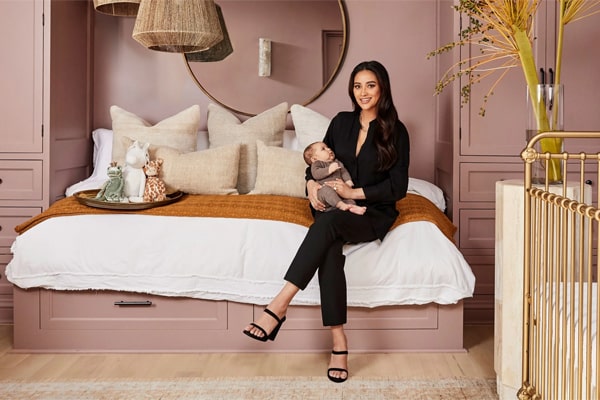 In 2015, Shay Mitchell's $1.3 million worth house in Beverly Grove was on sale and she made a nice profit when it sold for $1.95 million. Thus, Shay Mitchell's asset counts inside her immense wealth.