Tiffany Haddish Net Worth - Salary From The Carmichael Show And The Last O.G.

Home Net Worth Tiffany Haddish Net Worth - Salary From The Carmichael Show And The Last O.G.. 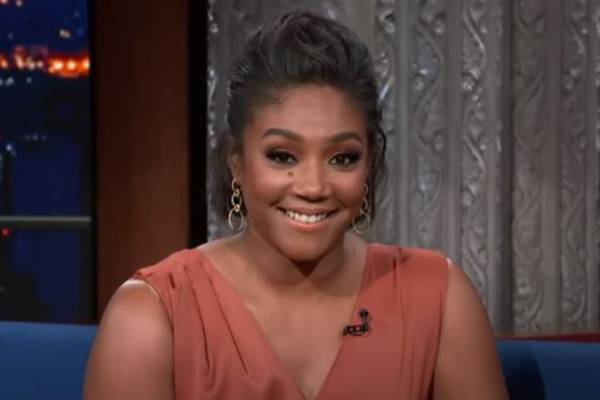 After going through various struggles in life, actress Tiffany Haddish now has an estimated net worth of $6 million. Image Source: Social Media.

American-Eritrean actress, Tiffany Haddish is mostly known for her fantastic acting skills and comedic timing. Whether it is movies, television series, or stand up, she has showcased her skills and established herself in the industry. Not only this, but her life story has also been an inspiration for many people in the world.

After many years of hard work, the talented actress has earned success as well as a vast fortune. According to Celebrity Net Worth, Tiffany Haddish's net worth is estimated to be $6 million, which she amassed as an actress and a comedian.

Is Tiffany Haddish Still Single? Has Got Essential Qualities For Her Future Boyfriend

Tiffany Haddish Net Worth And Earnings

As mentioned above, Tiffany Haddish has earned an estimated net worth of $6 million from her highly successful acting career. However, there are other sources that estimate her net worth to be $4 million. Whatever may be the number, it is clear that she has experienced great success since her debut in Hollywood.

Haddish started her acting career in 2005 from the movie The Urban Demographic. She had gained recognition from the show Who's Got Jokes?, which helped her book many many jobs in films and also TV movies. Over the years, she starred in many movies that earned not only her critical acclaim but also millions of dollars in the box-office. Some of her films and their worldwide collections are listed below:

Along with the above-mentioned ones, the talented comedian has also acted and voiced characters in many other films. And as a successful actress who knows what she is worth, Tiffany Haddish's salary from these movies must have helped increase her net worth significantly.

In addition to movies, Haddish has also been a part of multiple tv-series and even participated in televised stand-up shows. After having appeared in various shows as a guest appearance, she was cast as Nekeisha in the comedic show The Carmichael Show. She was also part of other scripted shows like Real Husband of Hollywood, The Last O.G., Tuca & Bertie, among many others.

In addition to this, the comedian has also written, produced, and hosted her own comedy special Tiffany Haddish: She Ready! From the Hood to Hollywood. She was part of much other comedy show as a host and a participant over the years.

As someone who is very vocal about pay parity, she has stated that she always asks for the same payment as her male co-stars from her producers. This attitude has undoubtedly earned her a considerable sum as salary from shows like The Carmichael Show and also from her own comedic special, which undoubtedly increased her collective net worth.

How Much Did Tiffany Earn From Her Book And Merchandise Sales?

After earning major success from her career, Tiffany published her memoir, The Last Black Unicorn, where she shared her struggles from her childhood and her early days as a struggling comedian. She talked about her homelessness and other problems she faced during her life in her book. The book was a massive success due to the raw and unfiltered words of the talented actress and is still available for purchase on her official website. 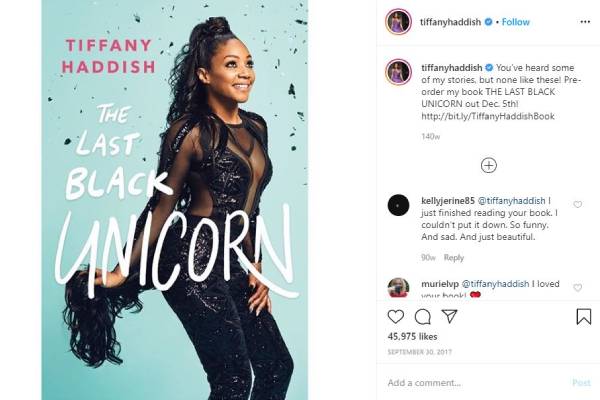 Following the book's success, Tiffany also launched her own merchandise line, which consists of products like a backpack, t-shirts, sweatshirts, and phone covers. All of them are available on her official site, and their prices are listed below:

As one of the most well-known people in the media, the actress has gained a huge fan following, and they have undoubtedly purchased these products. From the sales of her book and other products, Tiffany Haddish must have pocketed a grand sum and will continue to do so in the coming days.

Haddish has gone through very tough times since her young days. After having to live in a foster home for years, Tiffany has turned her life around and is a prime example of the rags to riches story. While she was homeless at one point in her life, she now enjoys a comfortable lifestyle and lives in sunny Los Angeles.

Having gone through tough times in her life herself, Haddish has not forgotten her roots and always gives back to society. She volunteers and supports various charities and has a particular affinity towards those fighting homelessness. All of these show the strength of the actress and her generosity towards other people.