Whitney Simmons Net Worth - Earnings From YouTube And Her Gymshark Collection

Home Net Worth Whitney Simmons Net Worth - Earnings From YouTube And Her Gymshark Collection. 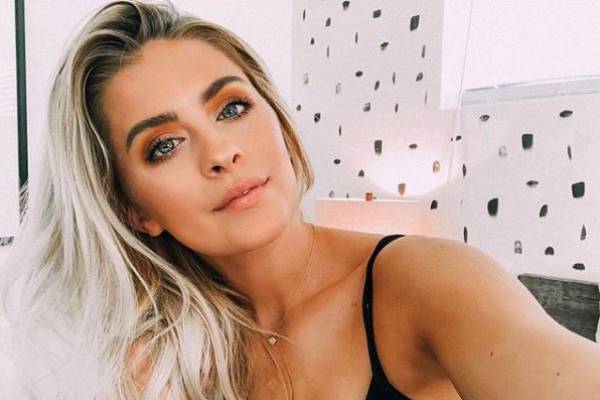 American YouTuber Whitney Simmons is widely known for her healthy lifestyle and fitness journey. In the age where internet personalities have made an enormous impact on beauty and fitness markets, Simmons is one of the influencers who has gained a massive following on various platforms.

The American fitness expert has garnered millions of followers on various social media platforms and earned a considerable sum. Also, Whitney Simmons's net worth includes her earnings from multiple brand partnerships and other business ventures.

Whitney Simmons Net Worth And Earnings

As stated above, Whitney Simmons's net worth mostly includes her earnings from her YouTube career. She has also partnered with numerous brands and is a business owner herself, which helps increase her total income.

How Much Does Whitney Simmons Earn As A YouTuber?

Whitney Simmons started posting on her self-titled YouTube channel in early 2016 and talked mostly about fitness goals and how to obtain them. Her channel saw a gradual growth due to her unique content and now boasts more than 1.9 million subscribers. Simmons has continued to upload workout videos and has also branched out to healthy living and product reviews.

Since joining in 2016, Whitney Simmons's YouTube channel has garnered more than 100 million views. With each passing day, she has gained more viewers on the platform, which has helped keep her channel afloat. Her channel is continuously growing, and it won't be long when she reaches the two million subscribers mark.

Because of her massive following, the American creator earns a considerable sum from her videos. According to Social Blade, Whitney Simmons's earnings from her channel is estimated to be between $6.1K to $98.2K per year. Monthly she earns up to $8.2 thousand, which has helped increase the famous YouTuber's total net worth.

Income From Brand Partnerships And Deals

Whitney Simmons is one of the most influential internet personalities in the current scene, and brands have recognized her impact on the market. As a result, she has partnered with various companies to endorse their products on her social media platforms. She has worked with brands like FabFitFun, Tula Skincare, and Alani Nutrition. 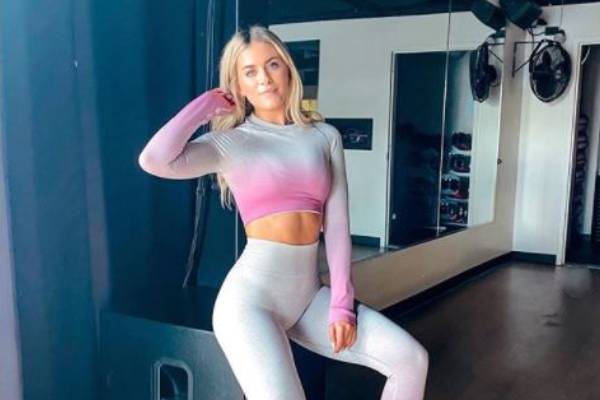 Along with endorsement deals, Whitney has also partnered with brands to launch her own set of products. One of her most recent and famous collaborations is with the UK-based gym clothing company, GymShark. She is an international ambassador for the brand and also put out her own collection under them.

The 2019 GYMSHARK X WHITNEY SIMMONS line was highly popular among consumers and sold out incredibly fast. She has announced a new collection with Gymshark, which is launching on October 29, 2020, which will be available on Gymshark's official website.

Due to the immense success from her first collaboration with the brand, the well-known YouTuber pocketed an enormous amount last year. And with new products coming very soon, it won't' be a surprise if Whitney Simmons' net worth sees significant growth in the coming days.

In addition to her YouTube career and brand partnerships, Whitney's income source also includes her swimsuit brand, Toluca Swim. She co-founded the brand with fellow YouTubers Taylor Dilk and Chloe Chamberlain and has already introduced numerous swimsuit options for women of different body types. Some of these products and their prices are listed below:

The products mentioned above are all available on the official website of Toluca Swim. And seeing that some of the items are already sold out, there is no doubt that Whitney Simmons's net worth has heavily benefitted from their sales.

Along with the swimwear brand, the social media star also has her own app, where she has put together several workout programs. While the app, Alive, is itself free, users have to pay either $14.99 for monthly access or $119.99 for annual access to the set of workout routines available. Whitney has also introduced few clothing items of her own, some of which are listed below:

All of the above-mentioned items can be purchased from the star's official website. Many of Whitney's fans have used the app and tried her workout regime and helped her pocket a considerable sum from it. The earnings from product sales and her app must have helped increase Whitney Simmons' net worth significantly.

Whitney Simmons is one of the most recognized influencers in the current social media scene and, as a result, enjoys a lavish lifestyle. She has documented much of her life on social media, and we can see that she lives comfortably.