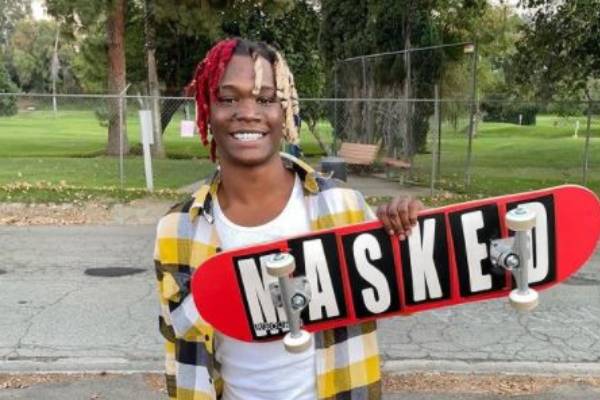 2KBABY is an American rapper who first came into limelight in 2019 after the release of his debut single Old Streets. He has since released a critically acclaimed EP titled Pregame Rituals and has gained millions of fans due to his chart-topping songs.

Since he became an overnight sensation, many of his fans are eager to know more about the rapper's story from his childhood and his way to international success.

2KBABY was born on the 19th of July, 2000, in Louisville, Kentucky, as Christian Michael Todd. The famous musician grew up in a poor neighborhood in Louisville and had to take on the responsibility of his family to take care of his siblings at a young age. Since founding fame, he has revealed that growing up, he and his brother had to fight for survival since they had no one to depend on.

Along with his little brother, he has other siblings from both his father's and mother's side. His siblings, including Jordan, Journey, Taylor, Ava, and Shay, all depended on. He revealed in an interview that his mother pushed him to get a job at fourteen and taught Todd the importance of hard work. While he wanted to play and roam around like other young boys, he had to work hard due to his family's condition.

As an escape from his difficult situation, Todd turned to music and started making his own music when he was just fifteen. He continued his journey and found fame in his neighborhood from his first song, Southside Story. Wanting to continue making music, Christian and his brother, Busta Keys, moved to Atlanta in 2018. The brothers then collaborated in the song Old Streets, with Keys providing beats and 2KBABY his vocals, The song became an overnight success and propelled both of their careers further.

While he has now found much fame from his career, 2KBABY still is close with his family and has stated on multiple occasions that everything he does is for his family.

2KBABY Net Worth And Career

After a clip of his song, Old Streets blew up, the brothers caught the eye of Roger Gengo, founder of Masked Records. Christian signed with the record label and has since released numerous songs that he made before the deal. He released his debut EP, Pregame Rituals, in early 2020, which created a massive buzz in a short amount of time.

The authentic lyrics and foot-tapping beats made the talented rapper's music an instant hit among listeners. His YouTube channel has 107K subscribers and has earned millions of views on the music videos. In addition to the video streaming site, he has also tasted immense success on other streaming sites.

In a press release from Warner Records, 2KBABY's first single Old Streets already had four million streams on Spotify alone. And with his music available on various other platforms, we can only guess how much streams he has gained since then.

While the exact earnings of the young rapper are yet to be known, looking at the large number of fans listening to his music, we can say that he earned a massive amount in a short time. According to SocialBlade, the yearly earnings from his YouTube channel is estimated to be $6.1K to $98.2K. And all of this shows that 2KBABY's net worth won't be any less than other young rappers.

After going through many hardships at an early age, 2KBABY is currently living a lavish lifestyle. He continues to work hard in his art and also makes time to enjoy his free time. His social media pages are filled with photos of him showing off the wealth he has acquired in a short time. We can see that he owns cars, and also has expensive watches.

While he loves to flaunt his expensive cars once in a while, there is no doubt that the emerging rapper has helped his family live comfortably. Growing up in harsh conditions has made him realize the importance of family, and he has undoubtedly used his success to take care of his family members.

2KBABY is currently in a relationship with famous YouTuber Tajiah Gary. The two young stars have been together for a few months and made their relationship official via their Instagram accounts. Gary posted pictures with her rapper boyfriend  in March, and since then, the two have gushed about each other on every occasion. 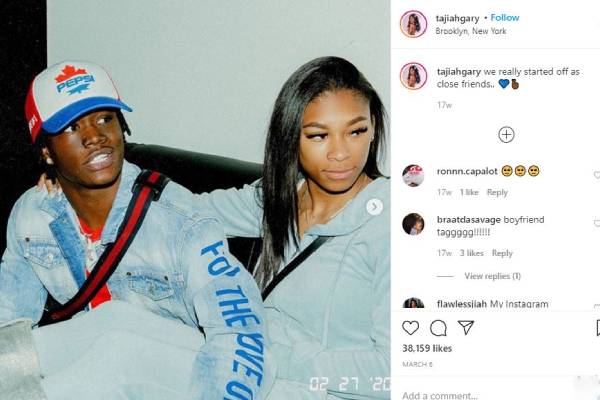 Like Christian, his girlfriend Tajiah also found success at an early age. 2KBABY's girlfriend is a well-known YouTuber and is also the CEO of Tease Swimwear and Bodied By Tajiah. The pair seems to be very much in love with each other, and we hope all the happiness for them in the future.