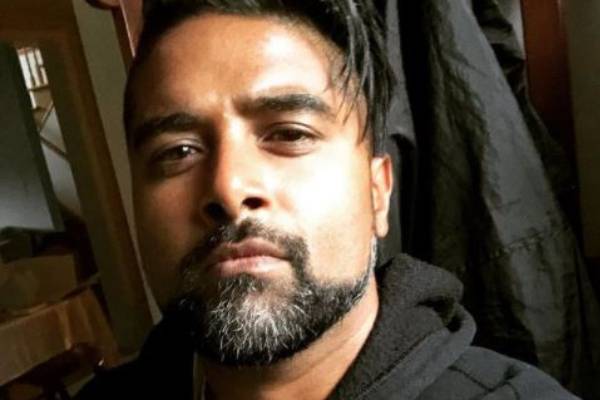 Canadian musician, singer-songwriter, and record producer, Dave Baksh, professionally known as Dave Brownsound, is mostly recognized as the guitarist of the famous rock band Sum 41. He was a guitarist for the band and also provided the backing vocals on a few occasions.

Since the rock band gained massive reception from their music, many fans wanted to know more about all the band members. And since he left the band and then rejoined after a few years, Dave Baksh has gained even more attention from fans worldwide.

Dave Baksh was born on July 26, 1980, in Ajax, Ontario, Canada, as David Nizam Baksh. He is of Indo-Guyanese descent, and his parents reportedly emigrated from Guyana to Canada before his birth. He has a sister, Alyssia Baksh, and has shared few pictures with her on social media. 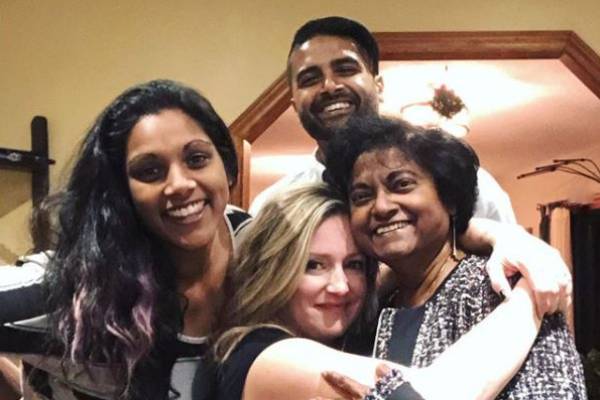 In an Instagram post, Baksh revealed that in January 1999, his father had given him one year to follow his dreams and join a band. On his mother's birthday of the same year, he successfully signed a deal with his band Sum 41 and has not turned back since.

Dave attended the Exter High School in his hometown and used to play rugby on the school team. While he was part of the rugby team, Baksh was also very much interested in music. He reportedly bought his first guitar for $400 while vacationing in Florida, and his musical journey started as a teenager.

Dave Baksh Net Worth And Career

The talented singer-songwriter has been in the music industry since the late 90s and has earned millions from his association with several bands. According to Celebrity Net Worth, Dave Baksh's net worth is estimated to be $8 million.

Dave Baksh was interested in music from an early age and joined the rock band Sum 41 in 1997 as a teenager. He was the third member of the band after Deryck Whibley and Steve Jocz as a guitarist and backing vocals. Baksh was the lead guitarist and went by the name Dave Brownsound in addition to other names. He was part of numerous Sum 41 albums, including All Killer No Filler, 13 Does This Look Infected? and Chuck. Some of the albums and their respective prices are listed below:

In 2006, the Canadian musician announced that he was leaving the band due to some personal reasons. And after being part of a few other bands in between, he rejoined Sum 41 in 2015. He has admitted that he regretted leaving the band and has two albums with them after rejoining. And as the band's founding member, Dave Baksh’s net worth must have increased tenfold due to his earnings from album sales and live tours worldwide.

Income From Other Bands

After leaving Sum 41 in 2006, Dave focused on his new band, Brown Brigade. He founded it with his cousin Vaughn Lal and released a few singles and records. He was part of the group’s EP, Appetizer for Destruction, and debut studio album, Into the Mouth of Badd(d)ness. The studio album gained critical success in several countries and led the band to tour countries worldwide. Dave was making music and performing with the group until their disbandment in 2009.

Baksh joined his Brown Brigade member Chuck Coles’ new band, The Organ Thieves, in 2008. He was producing and recording with them even before leaving his previous band. During this time, he also joined the Canadian band Blackjacket for their UK tour. His works with these bands did not earn him as much success as Sum 41. However, the earnings from his time with all these groups must have helped increase Dave Baksh’s net worth significantly.

Like many other musicians, Dave Baksh also earns a significant amount from merchandise sales. He must have gained a fair share from the earnings of the band Sum 41 merchandise sales. Fans flock to their official store to buy numerous products, some of which are given below:

As an original member of the Canadian band Sum 41, Dave Baksh's income must heavily benefit from the merchandise sales. His other band, Loud & Immortal, also has official merchandise found in their store. He must gain a certain percentage from the band's total earnings from the sales.

While he has not talked much about his personal life, it is a known fact that Dave Baksh has found his other half. The talented guitarist is currently in a relationship with Kendra Emmett, who he met in 2015 on the dating app Tinder. It is unclear if the lovely couple is married or not; however, a few pictures on their social media handles show that Kendra already has a beautiful ring on her finger. 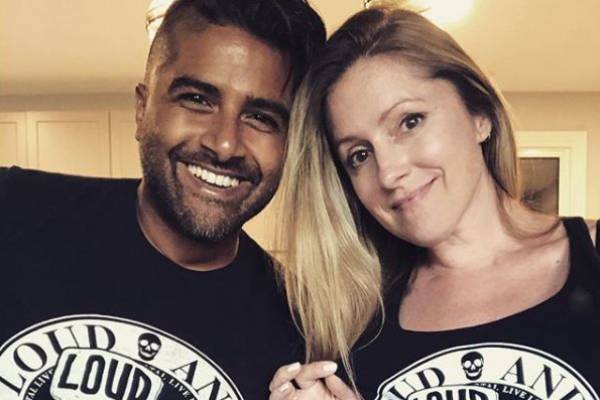 The beautiful pair do not have any children together but, Baksh is a stepfather to Emmett's two children from a previous relationship. Looking through the pair's respective Instagram handles, it is clear that they are very much in love with each other and does not hesitate to show it off to the world. Before his relationship with Kendra, Dave was married to his ex-wife Jennifer Baksh.