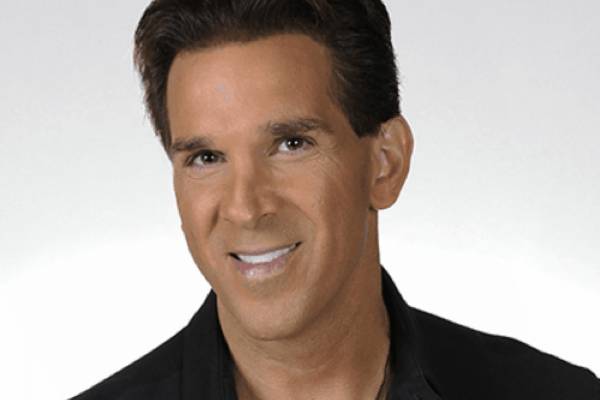 Erik Kuselias' net worth comprises of his earnings as a radio host for CBS Sports. Image Source: Erik Kuselias Facebook.

American television, and radio personality Erik Kuselias, has been hosting sports talk shows since 2003. He has worked for many famous networks, including ESPN, NBC Sports. He is currently working for CBS Sports and has earned a name for himself in the sports broadcasting world.

Due to his quick wit and energetic hosting style, Erik received attention and was recognized by many viewers early in his career. Because of his fame, Kuselias' biography and details about his life have been a topic of interest for many.

Erik Kuselias was born and brought up in Hamden, Connecticut, alongside his brother Chris Kuselias. He studied at the Hamden High School, where he played football as a quarterback and was a two-time all-state baseball player. Erik has credited his brother for inspiring him to get into sports and pursue a career as a broadcaster. 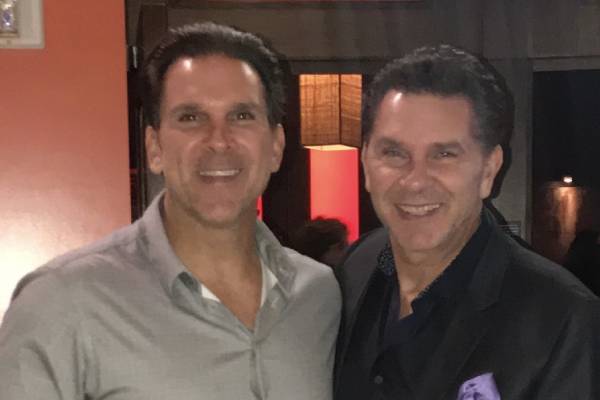 Because of his sports background, Kuselias attended the private Ivy League college, Brown University, and graduated with honors. Erik then attended the University of Michigan Law School and later admitted to Columbia University's School of Journalism. He received his master's degree and also did his studies there.

Not much is known about Erik Kuselias' parents and his childhood. However, looking at the things he achieved as a high school and college student. There is no doubt that the sports broadcaster had a memorable life before he found fame.

Erik Kuselias Net Worth And Career

Erik Kuselias started his broadcasting career in 2003, while he was practicing law. He and his brother, Chris, started their hour-long sports talk show, The Sports Brothers. ESPN then hired the Kuselias brothers, and their show, The Sports Brothers, became part of the network's afternoon program. Two years later, the show was rebranded to The Erik Kuselias Show. It became the fastest-growing sports talk radio show in the US, reaching over four hundred stations.

The famous host's career continued to grow with ESPN, and in 2007, he hosted the Emmy nominated show NASCAR Now. However, a year later, Erik left and created his own show, Fantasy Football Now. In his first year as the host for Fantasy Football Now, Kuselias won an Emmy Awards.

Erik Kuselias left ESPN in 2011 and joined Golf Channel, where he hosted Morning Drive. The following year he hosted ProFootball Talk on NBC Sports with Mike Florio. After NBC Sports launched its radio network, the Erik Kuselias Show was its flagship morning show.

Currently, the radio and television personality works for CBS Sports' radio network. He hosts the famous sports wagering show, Sportsline, and earns a considerable sum per year. As one of the most recognizable radio show hosts, Erik Kuselias' net worth is heavily impacted by his yearly salary.

While the radio show host has enjoyed a successful career, Kuselias' love life has not seen the same success. Erik has been married twice, but both of his marriages ended in divorce. His first marriage to Kristen Kuselias lasted around nine years. The couple wed in 2001 and then subsequently divorced in 2010.

During their marriage, the radio host was accused of cheating on his wife. It was reported that Kuselias' wife, Kristen hired a private investigator and found out about his infidelity, resulting in their divorce.

Soon after the divorce, Erik started dating fellow Golf Channel host, Holly Sonders. The pair met during their time at the network, and their seven-year relationship began in 2011. It is unclear when the couple got married; however, their marriage did not last long. Holly filed for divorce in 2016 and confirmed it while answering a fan on Twitter. 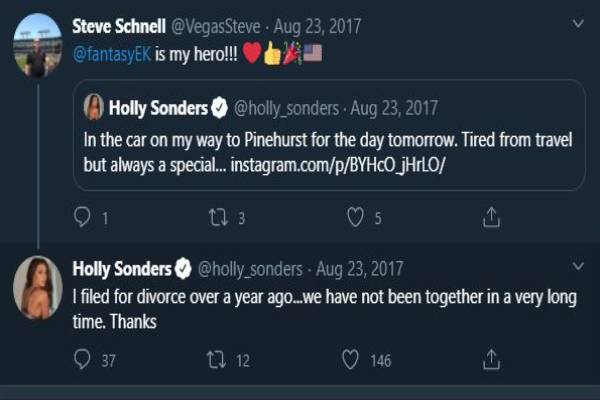 While Erik Kuselias' relationships did not have happy endings, there was a silver lining in the shape of his children. He is a father to two boys, Erik Kuselias Jr. and Troy Kuselias, and a daughter, Jenna Kuselias. As the radio host is very private about his personal life, there is little to no information about his children.

Nevertheless, we hope Erik Kuselias finds love again and taste even more success as a radio host. And also wish that he introduces his children and shares more about them in the coming days.