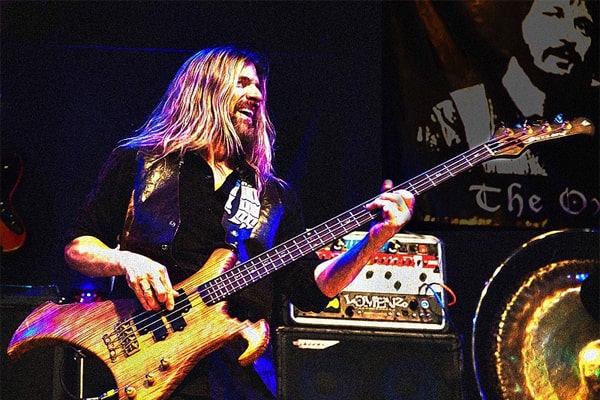 James LoMenzo is one of the legendary bass guitarists in the metal and rock music history. Image Source: Pinterest.

Millions of people dream of becoming a guitarist. However, it's not an easy piece of work to master the art. James 'JLo' Menzo is one of the legendary bass guitarists who achieved great success as a musician—well known as the band members of Megadeath, Black Label Society, and White Lion.

James LoMenzo was born on Jan 13, 1959, in Brooklyn, New York. Not many people are familiar with LoMenzo's personal life and family. Well, he married his lovely wife, Angela LoMenzo aka Angie LoMenzo, in 1993. The couple welcomed their cute daughter, Zoe Rose, into this world in Dec 1994.

From his childhood, James was captivated and mesmerized by all of the music styles. James LoMenzo's father loved music, and he used to play music when he and his brothers were toddlers. He was so fascinated that he would listen to his dad's swing and crooner records. 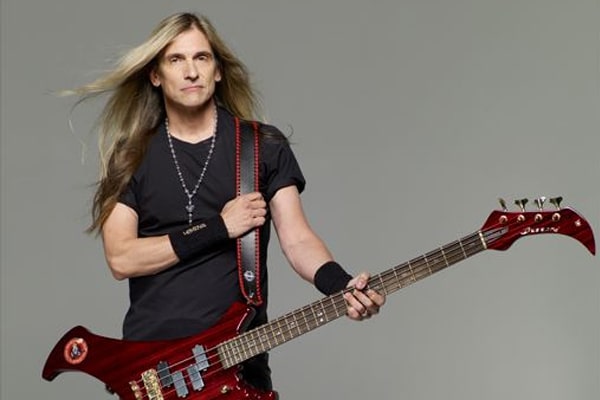 James' uncle would load up with singles as he worked for Billboard magazine in his sixties. The guitarist would listen from Sinatra to Ray Charles to Motown with high intensity on AM radio. He had stuck his mind-set to become a musician at the age of five. When he was ten years old, his parents gifted him an electric guitar and proceeded to master in guitar taking its lessons.

James LoMenzo's net worth must be grand which he has summed up from his music career. LoMenzo began his music career as a member of the rock band called "Empty Sky." He was the lead vocalist and bassist of the band. Nonetheless, the band broke up as the group members took separate career paths.

His first original hard rock band was Clockwork and played bass from 1980 to 1983. Prior to joining White Lion in 1984, he played in Rondinelli. The musician was the part of the band for seven years but left in 1991 and went on to play with White Lion's drummer, Greg D'Angelo, and former Kiss guitarist, Ace Frehley.

Then, he later worked with Zakk Wylde's side-project to release one album in 1994 and solo album Book of Shadows in 1996. It looks like James LoMenzo funneled in some promising cash into his fortune. He was also a member of  David Lee Roth's band in the late 1990s and performed on his album, Diamond Dave as well. LoMenzo rejoined Zakk Wylde's band, Black Label Society, in 2004 however was replaced by John DeServio in 2005.

LoMenzo succeeded in becoming the bassist of the thrash metal band Megadeath on Feb 10, 2006. He performed the first Megadeath record United Abominations in 2007. Also, he performed on the band's album, Endgame, from 2009. On Feb 8, 2010, Dave Ellefson replaced LoMenzo as the original Megadeath bassist.

In 2010, the bassist played for Lynch Mob. He played bass on the album, Get Your Rock On by X-Drive on Frontier Records that was produced by the legendary late Led Zeppelin engineer Andy Johns. Last but not least, he remained as Dio Disciples' member for a year and left the band in 2012.

The legendary bass guitarist probably raked in magnificent cash from albums, tours, & concerts and gathered a promising net worth and wealth.

Other Than Music Career

Besides LoMenzo's music career, he is also a graphic artist and art-worked for Gilby Clarke's solo album in 1998. He was also one of the members of the tribute band, HAIL!, including Andreas Kisser, Jimmy DeGrasso, Roy Mayorga, etc. The band toured Europe in 2009.

The music artist was announced as a cast member of The Amazing Race 21 along with his partner Mark "Abba" Abbattista on Aug 29, 2012. Nevertheless, they ended up in 6th place and were eliminated at Sokolniki Park in Moscow, Russia. It was because of an unsuccessful search for Abba's stolen passport.

Going through James LoMenzo's family, he is a happily married man. As mentioned above, he tied the marriage knot with gorgeous Angela LoMenzo in 1993. Even though the couple is aging with time, their love for each other is eternal for life. The couple got blessed with a daughter, Zoe Rose, in 1994. 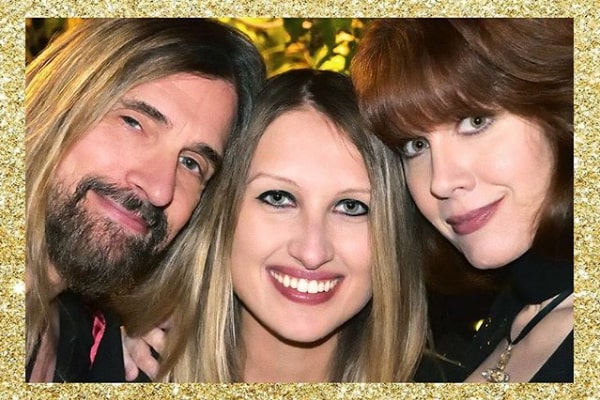 As about James LoMenzo's daughter, she is an artist and musician. Zoe Rose is also a bass guitarist and has performed gigs and shows with her band. His daughter absolutely held her father's legacy and made her father very proud. Zoe Rose is in a loving relationship with her boyfriend, Tyler Czajkowski, who is a filmmaker by profession.

James LoMenzo and his wife are more than happy to have such a talented daughter. They seem to be delighted with her love life and relationship too. This small and happy family has immense love for each other, which we hope never gets old.