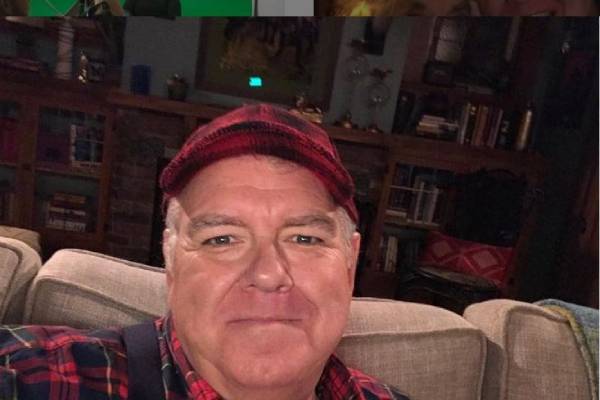 Jim O'Heir has starred in a number of comedy films and series making him famous among the audience. Image Source: Jim O'Heir Instagram.

Jim O'Heir is a famous American actor and comedian, best known for his role as Jerry Gergich on the NBC sitcom Parks and recreation. He is also famous for his roles in various other movies and series. Jim has abruptly gained fame and is critically acclaimed by working in many movies and TV shows.

Jim has always amazed the audience with his spectacular acting skills. He is outgoing when it comes to acting but as compared to other celebrities, Jim has kept his personal life out of the spotlight. Fans are left curious about the actor's relationship, family, and personal life. Now let's take a look at the talented actor's biography.

Comedian Jim was born on February 4, 1962. The talented actor grew up in Chicago, Illinois. Jim has neither shared about his parents nor his siblings. He has not talked much about his earlier life. 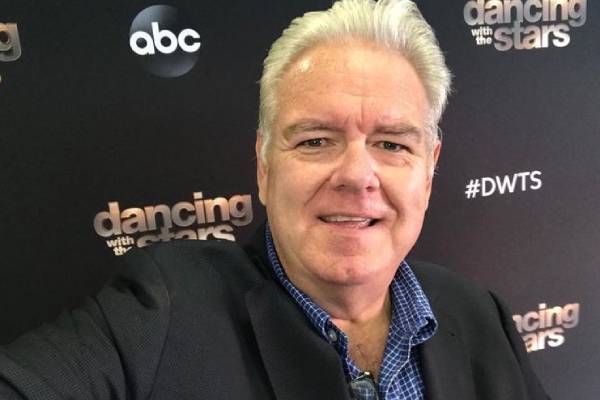 However, Jim attended Thorton Fractional High School in Lansing, Illinois. He then graduated from Loyola University Chicago. After graduation, Jim was active in the Chicago Theatre during the late 1980s and early 1990s. He then had training and improvisational comedy at Chicago's Second City. He also appeared in plays like The Book Of Blanche, Stumpy's Gang, and Ad-Nauseam with his comedic theater troupe "White Noise". He also appeared in the Chicago premiere of the Tom Griffin play The Boys Next Door at the Edgewater Theatre Center. With his comedic troupe, he also produced several comedic plays.

Jim O'Heir Net Worth And Career

Jim O'Heir has been in the acting profession for a very long time. Throughout his acting career, Jim has starred in numerous movies and series which has helped him rise to fame and earn a good amount of money. As of now, Jim O'Heir's net worth is estimated to be $4 Million. Jim's massive fortune comprises of his earnings from the acting and comedian profession. He has starred in numerous movies and films.

As mentioned above, Jim started his career by acting in theaters. He made his debut TV appearance as Duane Wilson in the 1996 TV series Harvey. Jim made his first big-screen appearance through the 1996 American sports comedy film Ed. After that, Jim was able to bag different roles in movies like Spikes, In God, We Trust, The Rockford Flies, God Father Knows Best, Party Of Five, 3rd Rock From The Sun, and many more. According to Rotten Tomatoes, his highest rated movies are When Jeff Tried To Save The World (100%) and Take Me (70%). The movie Take Me made a total of $2.6K in box office collections.

According to PayScale, the average salary of an actor/actress in America ranges between $21K to $206K or more than that. So it can be safe to assume that Jim made good earnings through his movies.

In his career of acting, Jim has appeared in several series and TV shows. The actor rose to fame by portraying the role of Harvey Krudup in the series Strip Mall. After that, Jim became a regular supporting cast member of the NBC comedy series Parks and Recreation. He starred as Jerry Gergich which made him famous for his role and was loved by the audience. The talented actor appeared in a total of 123 episodes during Parks and Recreation. The talented actor has also made guest appearances in many TV shows like Friends, Boston Legal, ER, Parenthood, etc.

Throughout his career, the actor has been successful enough to get several roles. However, it is unclear how much is he paid for his works. But there is no doubt that Jim O'Heir's net worth is heavily impacted by his total earnings.

Along with the acting profession, the talented actor also earns through a video-sharing site, Cameo. On the site, fans can get a personalized video from their favorite stars by paying $175. And looking at his profile with hundreds of fans asking for his video, it is obvious that the actor must have pocketed a considerable amount of money.

Jim has played the role of tax-professional on AT&T Wireless TV Commercial. According to some sources, the average salary for commercial actors is between $57K and $85K, so Jim must have earned a considerable amount of money from that commercial too.

Fans are left with curiosity whether the Park and Recreation star Jim is married or not. He has kept his personal life out of the spotlight. Going through his Instagram we can see that, the actor actively shares about his reel-life wife Christie Brinkley and their beautiful daughters. However, he has not posted about his real-life wife or partner and family on any of his social media. Since the actor has not talked about his personal life in media or public and has not posted anything regarding his love life, it is rumored that he is single, unmarried, and even gay.

During an after-party to celebrate the finale of the series Parks and Recreation on the set of Late Night With Seth Meyers, the actor and his co-Parks and Recreation star Aubrey Plaza were seen kissing passionately. However, the actor responded that they both were good friends, and there was nothing more to the kiss.

Let's hope Jim will soon reveal more about his personal life and let his curious fans be in peace.