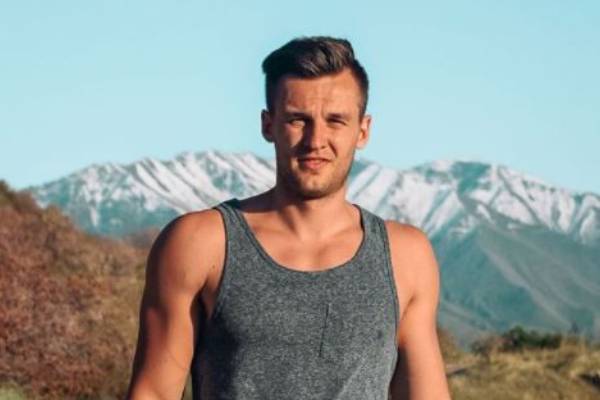 Kyle Collinsworth is a professional basketball player who is currently playing for the Salt Lake City Stars. He found fame after he broke the record for triple-doubles with six in the 2014-15 season.

Because of the record, he set during his college career, many basketball fans know about Kyle Collinsworth's professional life. However, with his fame growing, fans are eager to know more details about the basketball player.

Kyle Collinsworth was born in Provo, Utah, on October 3, 1991, to Alisa Collinsworth and Jeff Collinsworth. He grew up alongside his brother, Chris Collinsworth, who is also a basketball player. Both of the Collinsworth brothers were signed by the head coach of BYU Cougars, Dave Rose.

Kyle attended the Provo High School in Utah and was part of the basketball team. During his senior year, he won the titles of Salt Lake Tribune Male Athlete of the year and was also in the High School Academic All-American Classic in 2010.

After graduating in 2010, Collinsworth attended Brigham Young University, where he was part of the BYU Cougars. His college basketball career was a huge success and landed him in the 2016 NBA draft.

Kyle Collinsworth Net Worth And Career

Even though Kyle did well in his college career, he went undrafted in the NBA draft in 2016. He then joined the Dallas Mavericks and signed a two year, $1.44 million deal in July 2016. However, he was waived by the Mavericks and joined the Texas Legends. 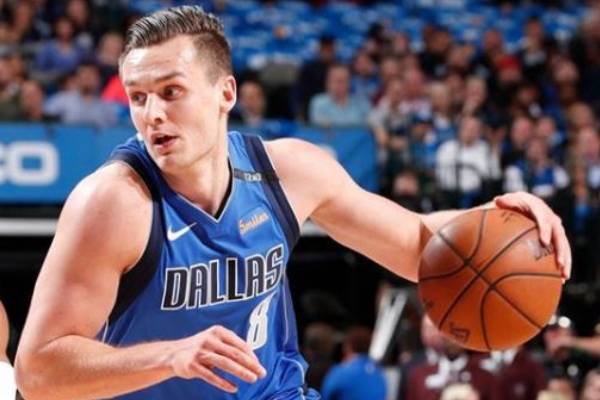 Collinsworth signed a two-way contract with Dallas Mavericks again in December 2017 and split his time between them and Texas Legends. In February 2018, Kyle was offered a three year $3.39 million by Dallas, which he signed but was waived a few months later.

His NBA career did not flourish as expected even though the Toronto Raptors signed him in 2018 for a one-year, $1.35 million contract. Because the Raptors waived him and then by Utah Jazz, he joined the Salt Lake Stars and played in the NBA G League. While his current salary is unknown, the basketball player's earnings from his years as an NBA player is given below:

Even though his NBA career did not take the road as expected, Kyle has used his on-court skills in the NBA G League and earned thousands from his games. From his earnings as a professional basketball player, Kyle Collinsworth's net worth must have increased in recent years.

Married To His College Girlfriend

Kyle Collinsworth has been married to Shea Martinez-Collinsworth, since 2015. Kyle Collinsworth's wife is his college girlfriend, and the pair met while they attended BYU and had been together for years before their marriage. Shea is an All-American 800m runner on the college track team. According to Kyle's website, she still runs professionally, and she was training to qualify for a spot on the 2020 Olympic team. 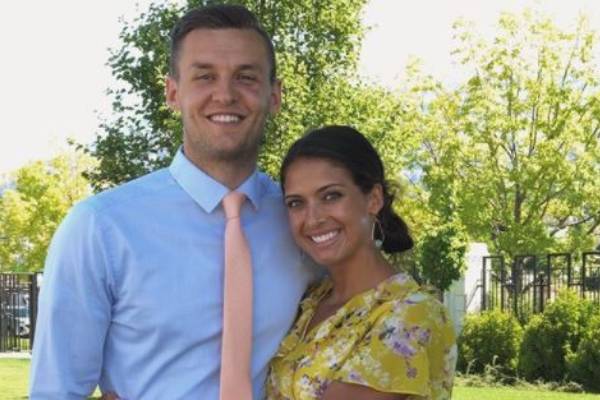 Since both Kyle and his wife are athletes, they love hiking and training together. Even after five years of marriage, the lovely couple is still very much in love and enjoys traveling the world. While they have not talked much about their relationship, Shea does not hesitate to share the duo's pictures on her Instagram handle. Plus, the pair is also yet to have children.