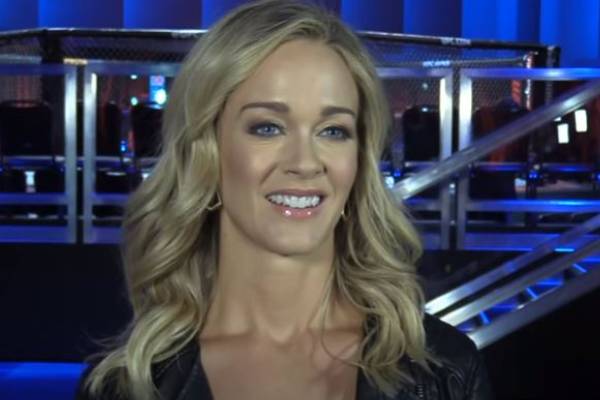 Laura Sanko is mostly known for her in-cage and sidelines reporting stint in the MMA fights, Image Source: Social Media.

Laura Sanko is mostly known as a mixed martial arts analyst and the reporter for Invicta Fighting Championships. She is known for her amazing on-camera skills and is an integral part of the UFC's social team.

Sanko started her journey in the MMA world as a fighter but later quit and started her job as an in-cage and sideline reporter. Since then, she has enjoyed great success in the field and earned millions of fans of her own.

Laura Sanko was born on the 7th of December, 1982 in Illinois but was brought up in Kansas. Her father is an economic development executive and was always supportive of his daughter. She was always a brainy kid at school who loved playing piano and was also involved in training and showing horses.

Here Are Five UFC Fighters With The Best Tattoos

Sanko was very active as a kid and became interested in karate after watching The Karate Kid. All of her family, along with her older brother, were supportive of her varied interests like piano, horses, and karate and helped nurture her talents in these fields.

After graduating from high school, she attended college and studied business and followed in her father's footsteps. She went on to join Fleishman-Hillard Inc. and became the youngest senior account executive in her branch's history.

Sanko was a part of various companies over the years but then left her job to start her own business. According to her LinkedIn profile, she established her own company Grassy Pants Beef, in 2012. The company sold purely grass-fed, hormone-free, all-natural steak and was exclusively available in the Kansas City. 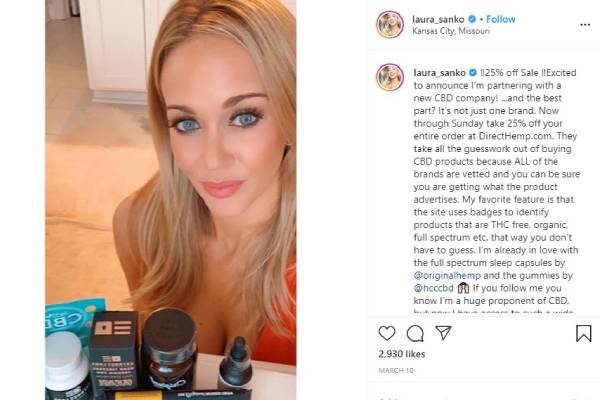 Along with her own business ventures, the MMA analyst has also partnered with various companies and promotes their products in her Instagram account. The products mostly include skincare products from multiple brands, and many of her followers have undoubtedly used her discount code to test these items.

Laura started her MMA training after having to go through a divorce after just six months of marriage. She trained under coaches Brian Davidson, Austen Ford, Jason Krause, and Tim Elliot, who then convinced her to take some amateur fights.

After retiring from her fighting career due to her pregnancy, the blonde-haired beauty was offered a job outside the ring as a reporter for the Invicta FC. She made her on-camera debut at Invicta FC 5, interviewing Marloes Coenen.

Since then, she has continued interviewing fighters before and after their fights and is an integral part of the UFC's social media team. She still trains regularly and also hosts the Aussie & Fancy Breakdown with fighter Megan Anderson. Since she is one of the most recognized faces in the current MMA scene, Laura Sanko's net worth must have seen significant growth in recent years.

With the fame she has gained in such a short time, Laura's home life and relationships have been an exciting topic for many. She is married to a fellow entrepreneur Nathan Sanko. The two have been together for almost fourteen years and got married in 2012. The pair have a son, Burke Sanko, together.

Laura Sanko's son Burke was born in December 2013, and Laura posts pictures about her favorite boys once in a while. 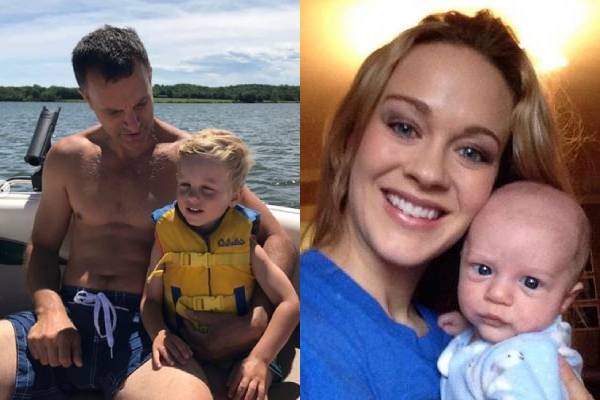 While Sanko has gained massive fame from her reporting job, she has managed to keep most of her personal lives away from the media attention. She rarely posts anything personal on her social media pages, and when she does, it is mostly her gushing about her family members. We hope that the family opens up about their life in the future and wish them a happy life ahead.

After earning a considerable amount of sum from her business and as the face of UFC, Laura currently lives a comfortable lifestyle. She resides in her 150 acres property in Kansas with her husband and son. One glance at her social media shows her love for nature and reveals her day-to-day life revolves around maintaining her property.

All of her social media posts show the comfortable life she lives with her family on their farm, surrounded by nature and their cattle.