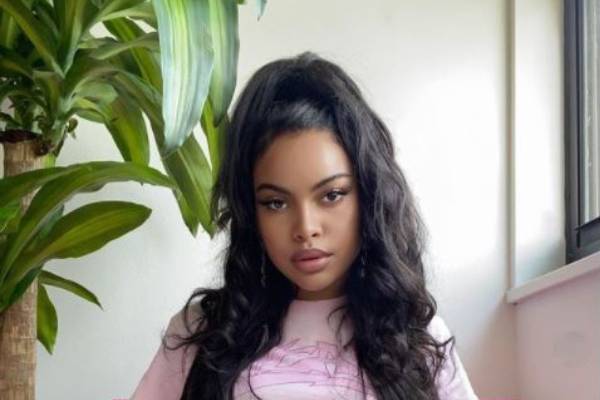 Leaf Miguel is a Brooklyn-based musician who has already put out several singles and EP. Image Source: Instagram/ leaf.

Rapper, model, and social media star Leaf Miguel has been making music professionally since the early 2010s and has found immense success in a short amount of time. She has released several singles and EPs and is one of the most talked-about young female artists in the music industry.

While she has established herself in the music world, Leaf Miguel first came into the limelight because of her mother's relationship with the famous singer-songwriter, Usher. So, there are thousands of people who want to know more about the young artist.

Leaf Miguel was born in Brooklyn, New York, on March 26, 1995. Her given name is Mikala Leaf McLean, and she uses Leaf as her professional moniker. Both of her parents Grace Harry Miguel and Rene McLean are famous due to their background and relationships. She has one younger brother, Raiden Wolf McLean, who is also pursuing music as a career.

Miguel's family from her father's side are all involved in and celebrated due to their music. Her great-grandfather, Jackie McLean, was a well-known saxophonist, and her grandfather was also a jazz musician. Her father is also quite artistic as he used to graffiti and break-dance. Coming from such a rich background, it is no surprise that Leaf also exhibits fantastic musical abilities. 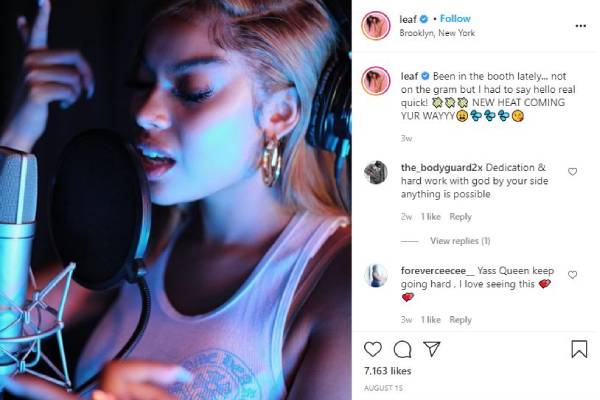 On the other hand, Leaf's mother comes from an ordinary background; however, she is known for her relationship with singer-songwriter Usher. Their pair dated for six years and then got married in 2015. However, their marriage did not last long, and the couple divorced in 2018.

During her mother's relationship with the star, Leaf shared a close relationship with her stepfather, Usher. They were even seen spending quality time together on multiple occasions. And Miguel must have gained some advice from him regarding the music industry.

Leaf Miguel Net Worth And Career

As a part of the famous McLean family, Leaf has inherited the musical talents and is showcasing her skills in the world. She started writing music since she was young, but only started putting it out in recent years. As a result, Leaf Miguel's net worth has touched new heights due to the earnings from music sales and other sources.

Leaf started sharing her music through YouTube at the age of seventeen, and shortly after, she caught the attention of various executives. She then signed to the label Fool's Gold and released her debut EP, Magnet Bitch, in 2015. Her debut studio album, Trinity, was released in 2017 and gained critical acclaim. Some other music that Leaf has put out throughout the years are listed below:

All of her music is available on various streaming services like Spotify, Apple Music, Deezer, and Pandora. Her songs have already gained millions of streams through these platforms and helped her gain recognition. In addition to the streaming sites, Leaf also has a YouTube channel where she has uploaded numerous music videos. She has around 5.58K subscribers and garnered thousands of views on her videos.

While her YouTube channel has not gained as much attention as other artists, the talented female rapper has earned a significant amount from the various streaming sites. And with millions of streams on her name, Leaf Miguel's net worth has seen considerable growth in the recent years.

Income From Merchandise Line And Modeling

Along with her music, Leaf Miguel also operates a merchandise line. The line includes products like t-shirts, phone cases, pouch, and posters. The online store, which is named, Leaf's Closet, has other items like wigs, posters, and makeup kits, some of which are given below:

In addition to her music career, Miguel is also a model and has been a part of numerous advertisement campaigns for brands like Calvin Klein. She has also walked runways in the reputed New York Fashion Week. Her Instagram and other social media sites are full of photos from her photoshoots. Leaf Miguel's net worth has heavily benefitted from her earnings from these modeling opportunities.

Does Leaf Miguel Have A Boyfriend?

While her music career and family connections resulted in her being in the spotlight, Leaf has managed to keep much of her life away from the media. She has not opened up about her relationships and seems to be enjoying her single life for now. 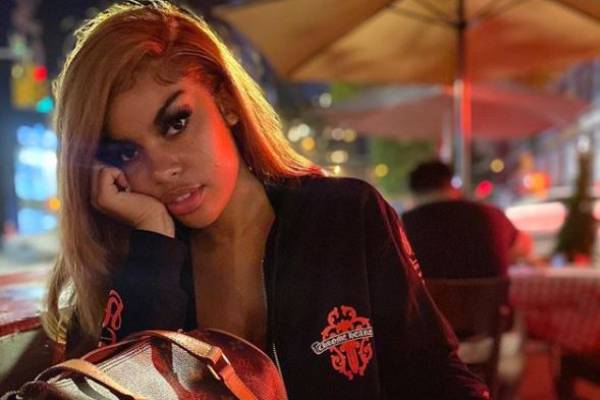 Leaf Miguel reportedly had a boyfriend during the early days of her music career; however, she broke up with him to focus on her music. This shows not only her dedication but also her free nature, and we hope that she finds love soon.