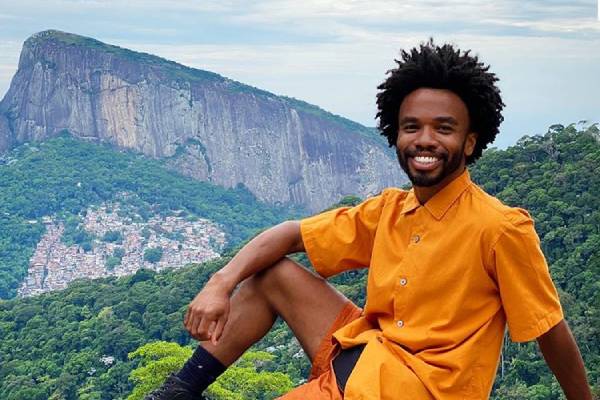 Luke Youngblood has managed to earn a huge number of fans ever since he made his appearance on TV and in movies. Image Source: Luke's Instagram.

There never seems to be a shortage of celebrities in Hollywood, but some celebrities, despite appearing in several shows and not staying too long, manage to steal the hearts away. This is a skill that not many stars possess and, as such, are remembered by all for a long time. One of these celebrities is Luke Youngblood.

Having been a part of a great many shows and movies, there is still a lot shrouded in mystery. And as such is mystery has attracted the attention of a lot of fans who want to know about him. If you happen to be one of the seekers looking for the answer, you need not go too far and just read this article to the end.

Born on June 12th, 1986, Luke Youngblood grew up with his younger sisters in Westminster, London, in the UK. As a child, Luke loved acting and would take part in several of his school's plays. It also seems that during this time, Luke Youngblood's family was fully supportive of his decisions.

Luke decided to follow his passion for acting and joined the Sylvia Young Theatre School in London and was a member of a few original west end cast including The Lion King as young Simba and Oliver as Nipper. Looking at him now, it wouldn't be an understatement to say that Luke grew up as an actor splendidly.

Starting As An Actor

As stated, Luke was already a part of theatres as a student, and this opportunity helped him land a role in a 2000 TV series titled Time Gentlemen Please. This marked the beginning of Luke's acting career, but it wasn't what took him off. Luke managed to get his big break when he found himself in the cast of the first two Harry Potter movies as Lee Jordan, and despite his short stay, was one of the fan favorites.

Since then, Luke has appeared in a few other movies and several TV shows, including The Story Of Tracy Beaker, Community, and Galavant, among many others. Luke is also set to appear in the movie Useless Humans which is currently in its post-production stage.

Seeing how Luke has become pretty well-known as an actor, it would only make sense if his wealth is also equally impressive. In fact, Luke Youngblood's net worth has been estimated to be at least a few million. While most of his earnings come from his career as an actor, it seems that there are some other sources as well.

In fact, Luke Youngblood's sources of income include his earnings from his several TV and movie roles as well as his several commercial deals. Looking at Luke's popularity, it would be safe to assume that Luke's salary for all of this must be a generous amount that adds to his net worth.

Plus going through Luke's Instagram, we can see how much he loves traveling. So it won't be a harm to assume that he is enjoying a lavish lifestyle.

Luke has been a part of theatre and movies for a long time now, and many would think that he has already found his better half by now. In fact, there was also a rumor of this Harry Potter star, Luke Youngblood's girlfriend, to have been GoT's Nathalie Emmanuel and one of his Instagram posts with the hashtag #19yearsandcounting, made fans think of this to be true. 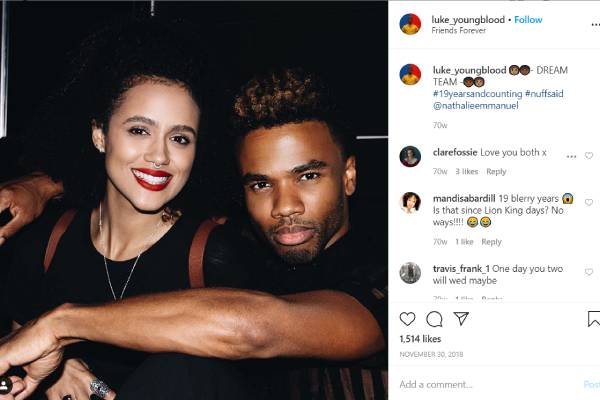 It was later revealed that the years mentioned in his post were of their time as friends and that while they are really close friends, they are not in a relationship. As of now, Luke seems to be possibly single and not in search of love, however many of his fans wish to see the lucky girl that will steal this man's heart away very soon.

At the moment, Luke seems to be living a wonderful life doing what he loves. Luke enjoys traveling to new places, towns, and countries with his friends every now and then while also being thankful for everything he has.

No matter how busy his schedule is, Luke manages to make time for his friends and family. Luke is also a very humble person as, despite being rich, Luke never flaunts his wealth. This also goes to show that this actor is not only talented but humble as well, a great personality trait to have.