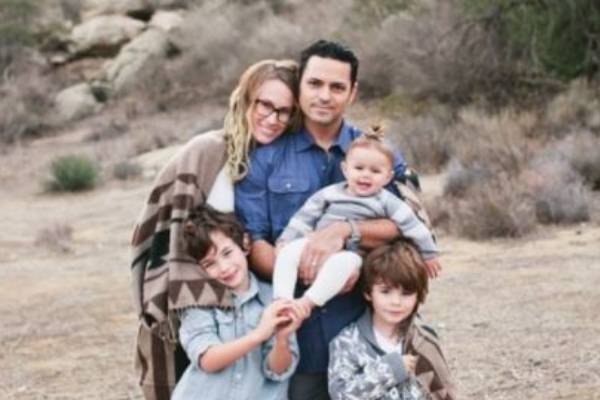 Mike Vitar left the movie industry and has settled down with his wife and children. Image Source: Instagram/ Kim Vitar Photography.

Mike Vitar is well-known as a former teen star who had appeared in quite a few movies during the entirety of the1990s. While still a teen, Mike had found himself in a great spot, but as time passed, Mike moved away from his life in Hollywood and after graduating decided to pursue the life of a civil hero, a firefighter.

Mike Vitar was born on the 21st of December in 1978 in a small family in Los Angeles, California, and grew up alongside his two older siblings Pablo Vitar, and Elizabeth Vitar. Ever since he was a young child, Mike was very outgoing and knew to enjoy himself. And on one such day when he was at the carnival as a 12-year-old, he found himself somewhere, he could never have imagined.

At the age of 12, Mike was spotted in the line of a school carnival, and wouldn't you know it, he was on the road to becoming an actor. Despite the career as an actor, Mike made sure that his studies were not neglected and continued his studies at St. Francis High School from where he graduated in 1997, and that also happened to be the day Mike stepped down from his career as an actor.

What is Mike Vitar's Net Worth? Know His Career And New Job

As stated prior, Mike was spotted in the line of a school carnival at the age of 12 by a member of Hollywood which led him to a life as an actor. In the same year, 1991, Mike made his debut in the movie Diplomatic Immunity, and his career for the next few years had been set. Since then, Mike made his appearances in some movies and TV shows and was adored by fans. Some of these works include The Sandlot, Sunset Grill, D2: The Might Duck, and Chicago Hope.

However, as mentioned, in the year 1997, when Mike graduated from high school, he also decided to say goodbye to the world as an actor and decided to join the Great Ambulance in Torrance. This was but a stepping stone into the EMS field, and following a few years of training, Mike officially became a firefighter in the year 2002 for the Los Angeles Fire Department.

While firefighting is a career highly respected, it is also one where one will be able to live off comfortably. It is, however, at times, nothing when compared to how much actors make. Mike had been an actor for around six years, also managed to make a bit of wealth. In fact, Mike Vitar's net worth has been estimated at a grand of $300,000 which is quite a bit in a short span as an actor.

Furthermore, according to PayScale, the average salary of a firefighter falls somewhere between $44K - $110K per year. So we can expect Mike to have a considerable amount of salary as well.

Nonetheless, what matters most in life is not money, it is happiness, and it seems that Mike his happy with his current life rather than his old acting one.

A few years after Mike began his firefighting career, Mike got married to the love of his life, Kym Allen in 2006. Not long after their marriage, this family of two became a family of three, and then a four, and is now a family of 5. Mike Vitar's children are Wesley Vitar, Norah Paige Vitar, and Eli Vitar. Among the three, Eli is the youngest and the only daughter of the family. 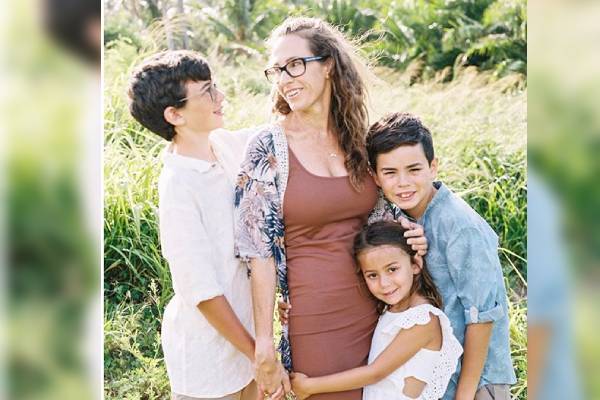 While Mike works as a firefighter, his wife Kym works as a photographer and captures lovely pictures of her clients, which are usually families, and shares them on her website, or her work Instagram page. While not common, there are also some lovely family pictures mixed in with her clients' pictures, and the family is always happy together. Mike Vitar's wife Kym also has a personal Instagram account that has been set to private.

On Halloween night of 2015, the firefighter, who had become a fan favorite, became involved in an attack of a 23-year-old USSB student named Samuel Chang, along with two of his friends and was later charged with misdemeanor battery charges. The student, who was distributing candy to the kids of his grandma's neighborhood was choked out for six minutes, and beaten to the point of internal injuries, was thought to be under drugs, which was later found not to be true.

According to the reports, Mike had joined mid-way into the assault and at the end of it all, when they saw the student at the point of no return, they revived him and took him to the hospital. The injuries were severe, and upon being charged with his mistake, Mike knew what he did was wrong and did not contest. Then in 2019, the victim had successfully sued Vitar and the other assailants for $7 million.