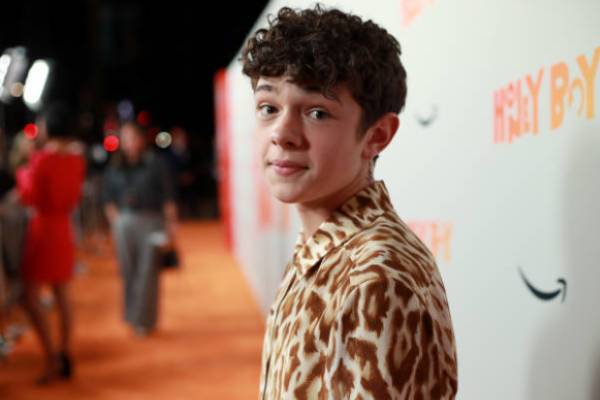 Noah Jupe is well-known as a young actor whose skills outshine many others. Image Source: Getty Image.

Noah Jupe is a talented teen star who has managed to become a great actor despite his young age. With thousands of fans, Noah is one of those kids whose popularity is over the roof, and with his success in the past films, it seems that this popularity is going to continue to rise.

Of course, with this popularity also comes questions about him that need to be answered, all of which we have tried to cover in this article. So make sure to read till the end, and who knows, maybe you will learn something new about him.

Born on the 25th of February in 2005, Noah Jupe was born to star parents Chris Jupe and Katy Cavanagh. in Islington, London. Jupe's father is a producer and his mother is a well-known actress. Being born in such a family, it goes without saying that Noah was never a stranger to the world of film making, and it was only a matter of time before he would step on the stage himself.

With two younger siblings in the family, Jacobi Jupe and Jemma Jupe, Noah is a great elder brother who loves his siblings a lot. Even as a kid, Noah loved to act and would take part in his school's plays and would perform for his brother and sister. Little did he know at the time that this little passion would turn into his job and help him make hundreds of thousands of dollars.

Career And Noah Jupe's Net Worth

Shortly after Noah's father started his own company called Funky Films, Noah himself started making appearances in a few well-known TV series including Penny Dreadful, A Song For Jenny, and Downton Abbey. This did spark the beginning of his career and while he did gain recognition, it wasn't until Noah managed to get his first recurring role in The Night Manager, did he manage to get popular. Since then, Noah started to appear in many well-known shows and movies including Houdini and Doyle, The Man With The Iron Heart, Honey Boy, and Ford v Ferrari among many others.

Well, Noah is most known for appearing alongside Shia LaBeouf in Honey Boy, and at the moment, Noah's most recent work is called The Undoing and is currently in its post-production stage and set to be released sometime this year.

The exact date has yet to be released, but fans are already pretty excited to see their favorite stars as well as Noah in the show. Of course, with this success also comes a lot of money and wealth, and wouldn't you know it, Noah Jupe's net worth is already estimated at a grand of $2 million, which is already higher than many other stars. In the future, this amount will surely see another rise, and it probably won't be long before that happens. In fact, it was also reported that Noah Jupe's annual salary amounts to roughly $200K, and seeing that his popularity is constantly rising, this amount will also surely increase.

Noah Jupe's Girlfriend. Is He In A Relationship?

Of course, the teen is still too young to be in a relationship for now, but it does not change the fact that there are thousands of girls who would agree to date him. So, has anyone caught Noah Jupe's fancy yet? It seems that the answer, for now, remains to be negative. While it is true that Noah became close with his co-stars Millicent Simmonds and Elle McKinnon, they are nothing more than close friends and it would seem that it is going to stay that way for a while. 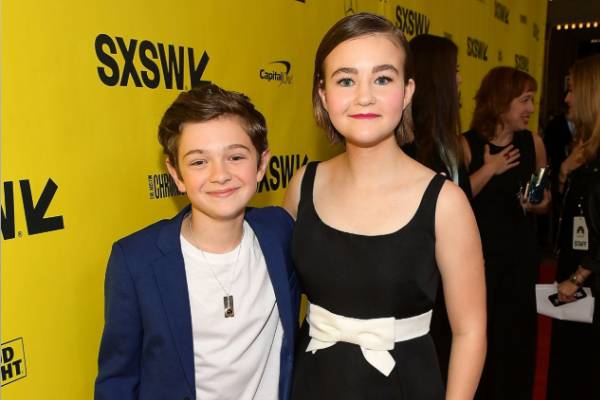 Noah is also currently putting all his focus into his career and studies and Noah will most likely decide to stay away from relationships for a few more years, however, this may change very soon if he wishes for it. All in all, Noah Jupe is currently single and maybe in a few years, when he decides to get in a relationship, one lucky fan might become the lucky girl who goes on to date this star and become Noah Jupe's girlfriend.

So it has been established that Noah is a child star who was born to stars and has earned enough as a star himself to live off a lavish lifestyle, especially with his family. Noah has currently been spending time with his family and siblings and making sure to enjoy himself to the fullest. Making sure to spend as much time as he can with his family, Noah knows that family comes first and nothing can replace it.

Noah is still currently a student so he also makes sure to divide his time between family, school, and career, and the fact that he is doing all of these shows that he has a great life awaiting himself in the future. All in all, one can say that Noah Jupe manages to live a lifestyle like everyone else, and making sure to do his best in everything that he does.