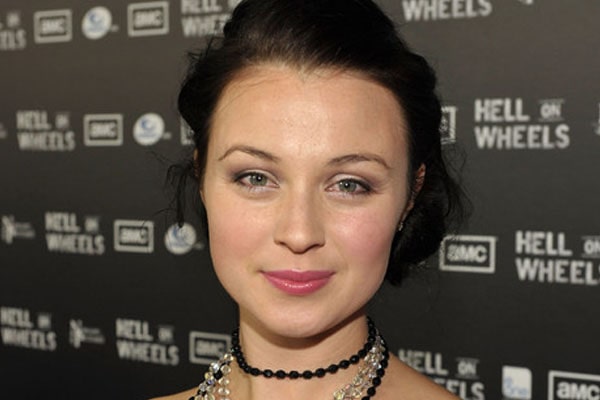 Robin McLeavy at the premiere of AMC's Hell on Wheels on October 27, 2011. Image Source: Getty Images.

Robin McLeavy is an Australian actress born on June 19, 1981. She is famous for starring in Abraham Lincoln: Vampire Hunter, Hell on Wheels, Wu Assassins, and many other movies and TV shows.

Robin hails from Sydney, New South Wales and graduated from the National Institute of Dramatic Arts (NIDA) in 2004. Since then McLeavy has starred in numerous TV shows, movies and also a documentary short called The Super Awesome Featurette: A Runner’s Perspective of The Loved Ones as herself.

Robin Is Married And Mother Of A Son

Many fans of Robin McLeavy are curious about the relationship status of the actress. Apparently, Robin has been married to husband Yvan since 2016, however, there has been no official statement from the actress confirming this news. Robin is yet to reveal the details regarding her wedding but we wish her the best life ahead. 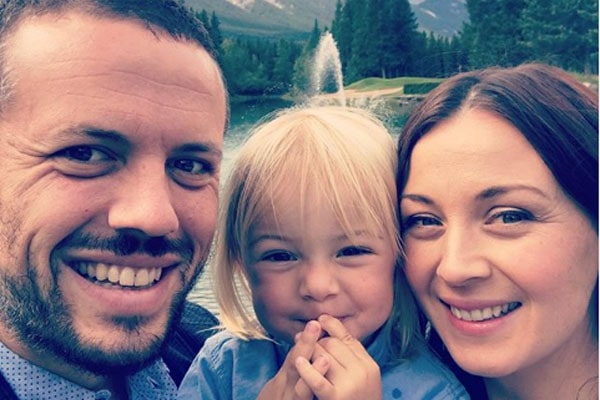 She informed her fans about the new addition to her family by tweeting the following:

Just wanted to let you all know that our baby boy arrived and we are ecstatically happy and over the moon!!

The actress seemed overjoyed to welcome the bundle of joy into her life. Robin McLeavy's son's name is yet to be revealed but the pair calls him Rumi.

Looking at the dating history of McLeavy, the talented actress was once rumored to be dating fellow Australian actor Joel Edgerton.

As speaking of Robin Mcleavy's parents, unfortunately, her mother has already passed away. According to the actress, during these difficult days, Robin was surrounded by her siblings, husband and her close friends who supported her in every way possible. She seems to be thankful to each and every person who was with her then. Robin has never mentioned about her father's whereabouts anywhere.

Robin McLeavy has been working since 2005. The first character she portrayed was Kellie in the series Last Man Standing for a single episode. After that, she starred in various short movies which help to further her career.

However, Robin’s popularity grew after she was cast as Eva in the historical drama Hell on Wheels. This project made her a household name and also helped increase her earnings. Currently, she stars as Maggie McCullough in the hit Netflix series Wu Assassins which will definitely boost Robin McLeavy’s net worth.

And looking at her skills, Robin's salary must also be high.

Along with hit TV series Robin has also acted in various movies. Her first foray into movies came when she was cast in 48 Shades in 2006. Following this, the actress also was a part of several other movies. She also voiced Nutsy, a koala, in the animated movie Blinky Bill the Movie. However the movie, Abraham Lincoln: The Vampire Hunter is the most acclaimed of the bunch. This movie made $116.4 million in 2012 which probably contributed to Robin McLeavy’s net worth to rise.

Robin does not have any tattoos on her body in real life. However, while playing the role of a prostitute, Eva, in the Hell on Wheels series, she was seen with a chin tattoo. The meaning of the tattoo is “three blankets and two horses” which showed her worth as a human. According to the series, the character was tattooed by her captors. 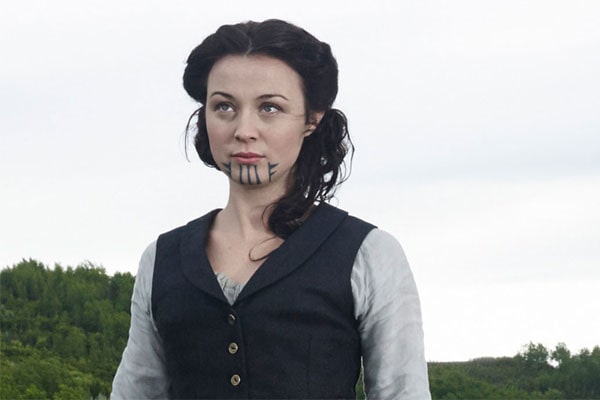 McLeavy opened up about the tattoo on her chin in an interview saying that, it was a torturous process while applying the tattoo in the early days. She also said that people in set thought she was being snobby because she didn’t want to speak to anybody in fear of messing up the tattoo.