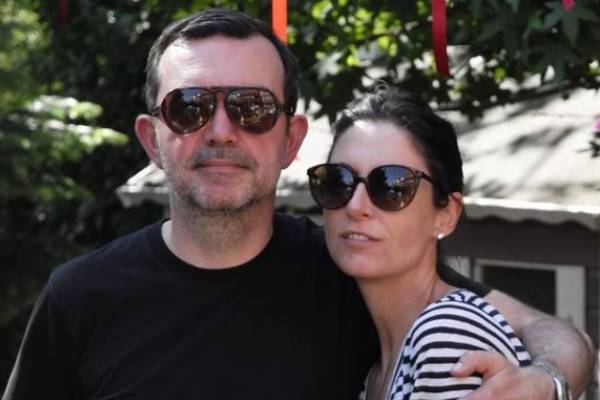 Simon Aboud is a famous director and writer, recognized as the husband of his famous wife, Mary McCartney. Source: Instagram/ Simon Aboud.

Simon Aboud is a film director and writer known for his work in multiple movies like This Beautiful Fantastic and Comes a Bright Day. As a man with a background as an agency creative director, he has worked on various projects, including feature-length films and promotional materials. He has worked for Stella McCartney in a comedy film and is recognized for the Queenie Eye promo.

Besides his professional life, the British filmmaker is recognized as the husband of Mary McCartney, a British photographer and Global Ambassador for Meat Free Monday And Green Day. So, let's learn more about McCartney's husband, Simon Aboud.

Born on June 29, 1965, in Liverpool, United Kingdom, the brilliant director and writer Simon Aboud has made his career in the entertainment sector. He grew up in Liverpool and attended the University of Birmingham after graduating from high school. 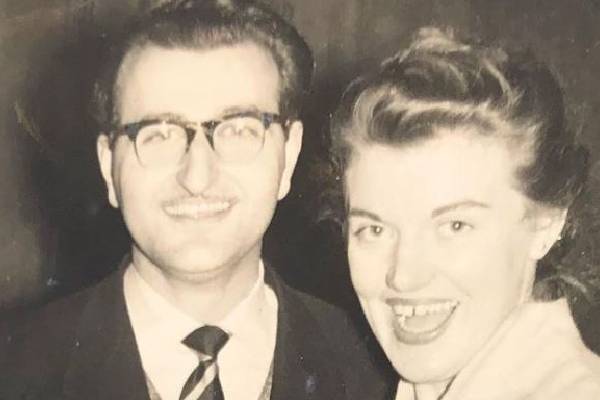 While personal details about actors and filmmakers are mostly public, the Liverpool-born filmmaker is very secretive about his life. So, there is very little information about Simon Aboud's parents and his childhood. However, he has revealed a few tidbits about his family on his social media, including the fact he has a little sister. He has successfully kept secrets about his personal life but has posted pictures of his mother and father on his Instagram account and revealed that his mother was suffering from Alzheimer's.

Net Worth And Career

Considering how immensely multi-talented he is, it won't be amazed if Simon Aboud's net worth is high. He has amassed a considerable sum from his career as a writer and director.

Simon Aboud started his career as a director of the short movie, Enchantment in 2004. However, he only gained attention after directing the film, Comes a Bright Day. While the movie helped him get noticed in the industry, according to Box Office Mojo, it managed to earn only $1,142 worldwide.

He continued to direct several movies, including, This Beautiful Fantastic, a contemporary fairy tale starring Tom Wilkinson, Mia Farkasovska, and Jeremy Irvine. Additionally, Simon has also worked as a director on several commercials, short films, and television series like All You Need Is Me, Paul McCartney's Fuh You, among others.

With a total of 10 credits as a director in the movies and tv series, there is no doubt that Aboud has gained success in the entertainment industry. And from all of these works, Simon must have earned a significant amount.

In addition to directing, Simon Aboud has also written few projects. His first writing project was Enchantment. He has since worked on four other shorts and movies as a writer and must have pocketed a considerable sum from them.

Likewise, Simon has also worked for strong cinematic pieces of alcohol brands, including Beefeater Gin and Highland Park Whisky. He might have earned a tremendous amount of money from these projects. So, undoubtedly, Simon Aboud's net worth is massive.

Aforementioned, the talented director and writer Simon Aboud is a married man. Simon Aboud's wife, Mary McCartney, is a British photographer and social media personality who was born on 28 August 1969 in London, England, UK.  She is recognized as the eldest daughter of photographer/musician Linda McCartney and singer/songwriter and former vocalist and bassist of The Beatles, Paul McCartney.

Furthermore, Mary McCartney tied a knot with Comes a Bright day movie director Simon Aboud on 12 June 2010 in a private ceremony in London at Marylebone Register Office. Before they married, Simon Aboud's then-girlfriend gave birth to a boy baby, Sam Aboud, on 11 August 2008.

On September 3, 2013, they gave birth to their second child and her fourth kid, named Sid Aboud. While the director is very private about his life, Simon Aboud's children appear consistently on his Instagram. He also shares pictures of his wife, Mary, on his profile and professes his love for her in the captions. Both Simon Aboud and his wife is well-versed in the life of a celebrity, so they chose to keep much of their private moments hidden from the media. While we hope to get to know more about the Aboud family, we wish the director all the best for his future.