Home Entertainment Rashida Jones Net Worth - Salary From The Office And Also Park And Recreation. 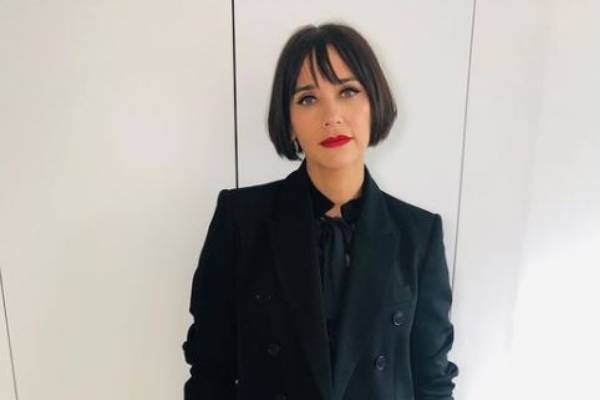 Rashida Jones' net worth includes her earnings as an actress and filmmaker. Image Source: Instagram/ rashidajones.

American actress Rashida Jones has been part of the movie industry since the late 1990s and has found much success from her career. She has starred in numerous films and television series throughout the years and is also known for her portrayal of Louisa Fenn in the drama series Boston Public.

The talented actress has also tried her hand in writing, producing, and directing several projects along with acting. She has worked on many films and tv-shows both in front and behind the camera and earned a fortune from her career. According to Celebrity Net Worth, Rashida Jones' net worth is estimated to be $25 million. Well, Rashida is yet to reach her father Quincy Jones' level, who himself has a fortune of $500 million.

Rashida Jones Net Worth And Earnings

As stated above, Rashida Jones has accumulated a fortune of $25 million from her successful career. She has worked for many filmmakers and has also directed, written, and produced projects herself.

Rashida Jones grew up in the spotlight and was interested in acting and music from an early age. She attended Harvard University since she was interested in becoming a lawyer, but she changed her heart and then became involved in the performing arts.

The American actress made her acting debut in the 1997 miniseries, The Last Don. She then joined the cast of Fox's Boston Public and found fame as Louisa Fenn in the show. She appeared in twenty-six episodes between 2000-2002 and earned an NAACP Image Award nomination in 2002.

Jones continued to be part of several other shows including, Wanted, NY-LON and Unhitched, but only gained attention after she appeared in the NBC sitcom The Office. Rashida's television career then took off, and she starred in several other successful shows like Parks and Recreation and Angie Tribeca. Her most recent works are the Netflix sitcom, #BlackAF, and Fox's Duncanville.

Along with television works, Rashida has also found much success from her film career. Her big-screen debut came in the 1998 movie Myth America. She then appeared in other films like East of A, Now You Know, Little Black Book, among others, most of which did well at the box-office. Few other movies and their respective worldwide collection that Jones was part of are given below:

Along with acting, the American actress has also voiced various animated characters in successful films. Many of the movies that she was part of made millions at the box-office. And since she was a major part of these projects, Rashida Jones' net worth might have been heavily impacted by her earnings from them.

In addition to her acting career, Rashida Jones has also tried her hand at filmmaking. She has written, directed, and produced numerous television series and movies. Her directorial debut was the music video for Sara Bareilles' song, Brave. She has since directed a few episodes of the shows Angie Tribeca and #BlackAF.

Rashida has also written for many movies and tv-shows. While she left the project in an early stage, Jones was credited by Pixar for her work in Toy Story 4. She also wrote and directed the documentary Quincy based on her father, Quincy Jones' life. Jones has also worked as an executive producer on many tv-shows including, Hot Girls Wanted, A to Z, and Angie Tribeca.

The earnings from the writing and directing projects might be relatively small compared to her income as an actress. However, there is no doubt that Rashida Jones' net worth includes the amount she pocketed from her works as a filmmaker.

As one of the most famous people in the film business, Rashida has been approached by several well-known brands for endorsement deals. She was selected by Dove as its spokeswoman for its Dove Nourishment Oil Care Collection in 2011. She also appeared in few commercials for Verizon FiOS and endorsed glasses from the brand Zenni Optical. She is the first female brand ambassador for the clothing brand Maison Kitsune. 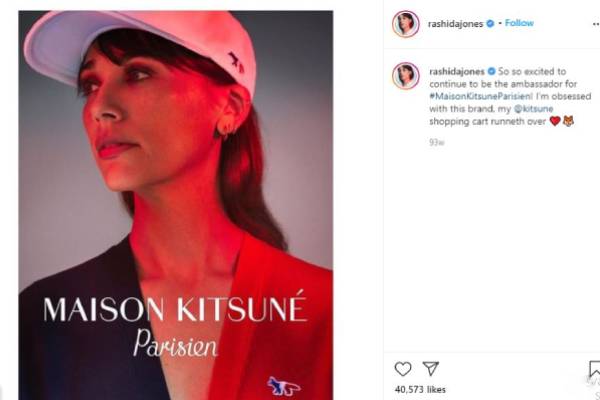 Along with endorsement deals with these companies, Jones has also partnered with the luggage brand Away to launch her own collection with the brand. The limited-edition collaboration includes suitcases, canvas bags, and a tablet bag in various eye-appealing colors. A few of the items and the respective prices are listed below:

All of these items from the collection are available on Away's official online store. Since this is the second collaboration between the actress and the brand, it is clear that the partnership has bode well for both parties.

Rashida Jones was born and brought up in Los Angeles and still calls the city her home. She currently resides in Ojai, California, with her boyfriend, Ezra Koenig, and son Isaiah Jones Koenig. She bought her Ojai home in 2016 and reportedly paid $3.2 million.

According to Variety, Jones also owns a 1,225-square-foot cottage in Hollywood. She purchased the property in 2007, paying $1.24 million for it. Looking at the price tags of the assets that she has to her name, there is no doubt that Rashida Jones enjoys a lavish lifestyle.