Home Net Worth Al Michaels Net Worth - Look At The Sportscaster's Income And Salary. 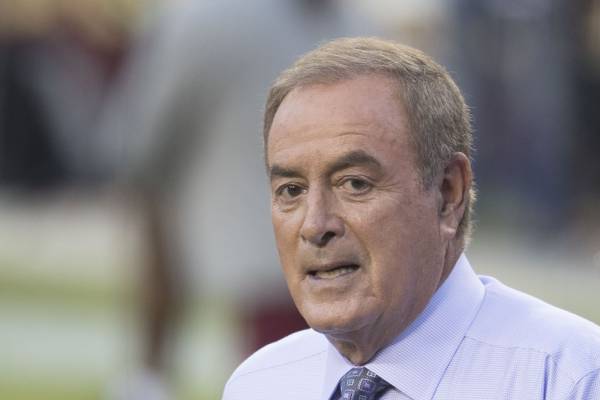 Al Michaels' net worth of $30 million includes his salary as a broadcaster. Image Source: Wikimedia Commons.

Famous for his quote 'Do You Believe In Miracles' during the USA's historic victory in hockey at the the1980 Olympics, Al Michaels is a legendary name in the sportscasting industry. Over his career that has lasted for generations, he has been instrumental in commentating about sports.

The fans also love Michaels; his energetic and powerful voice gives the game a different vibe. Michael's career has moved him across two of the most celebrated media houses, ABC and NBC. His generations-long commentating has helped him gather a massive fortune. According to Celebrity Net Worth, Al Michaels's net worth is currently valued at about $30 million, a significant figure.

Al Michaels Net Worth And Source of Income

As mentioned above, Al Michaels's net worth is about $30 million, which is heavily comprised of his earnings as a sportscaster. Michael has been exponentially successful, and his Sunday night football duo with Cris Collinsworth in the NBC live has been consistently providing commentaries for more than a decade. Now, without further delay, let's break down his net worth and income source.

Al Michaels started his career in television by finding girls to be on 'The Dating Game.' It was not until 1967 when he was hired to do public relations for the Los Angeles Lakers and serve as a color commentator on the team's radio broadcasts alongside veteran play-by-play announcer Chick Hearn. Still, he was unfortunately terminated after four games. After doing lower-tier commentaries until 1977, he joined the media house ABC.

Michaels was initially a backup announcer for Monday night baseball, but later, he was promoted to full time. During his time at ABC, Michaels commentated on Major League Baseball, college football, college basketball, ice hockey, horse racing, golf, boxing, figure skating, road cycling, and many events of the Olympic Games as well as the Olympic trials. But he gained popularity for his call in the 'Monday Night Football.' His commentary in the Olympic games of 1980 is remembered by many. He worked for the Disney owned media group, ABC, for almost three decades, and he was very good at it. He must have had a commendable salary while working at ABC.

Al Michaels moved from ABC to NBC in 2006 and has been a crucial part of the team since then. Michaels has commentated on the Olympics, Premier Boxing Champions, Super Bowl, and many more for NBC. He is the other side of the coin in the 'Sunday Night Football' at NBC. According to Business Insider, Michaels is one of the highest-paid people in sports television, which features the likes of Thiery Henry, Bob Costas, and Jim Rome.

Micheals has an annual salary of $6 million. And for what he has achieved so far in his career, his salary is more than justifiable. Al Michaels's net worth became a grand sum of $30 million from his extraordinary skills that transcend multiple sports. According to the Richest, the 75-year-old had a salary of $5 million before 2018. He is still looking too good to retire so that we may see his salary increase again.

Michaels is living a comfortable life because of the massive fortune he has gathered till now. He is not active in social media, as it is more than likely that he does not have a social media account. The only other reason could be him using an alias name, which looks unlikely. According to Virtual Globetrotting, he lives in a massive mansion in Los Angeles, California. 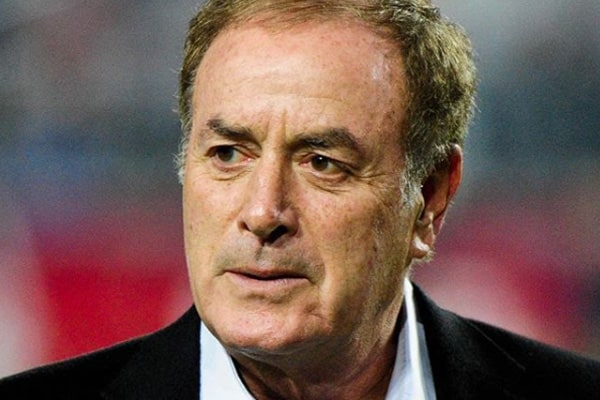 Although most about his private life are unknown, he has two children from his wife Linda Anne Stamaton, whom he married on August 27, 1966. Let's hope we will get to know more about him soon.