Home Net Worth Alfonso Ribeiro Net Worth - Salary From The Fresh Prince of Bel-Air And Other Well Known Works. 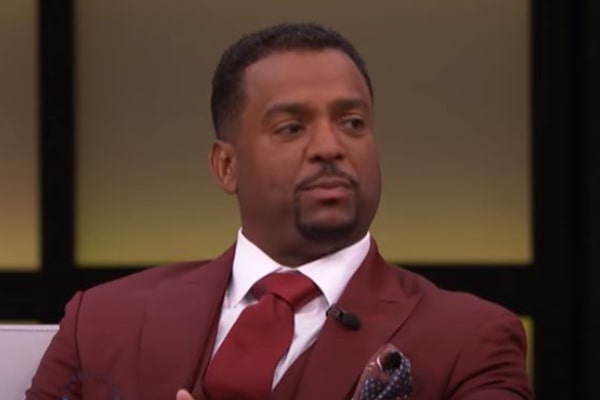 Alfonso Ribeiro has amassed an estimated net worth of $7 million from his successful career in the entertainment industry. Image Source: YouTube.

American actor Alfonso Ribeiro gained recognition for playing the leading role in the Broadway musical The Tap Dance Kid when he was just eight. Since then, he has starred in many movies and television series and even hosted some shows. His fame has helped him earn millions from his career of over forty years.

From his long and very successful career in the entertainment industry, Alfonso Ribeiro's net worth is estimated to be $7 million. He earned this vast fortune from many movies and television series he has been a part of over the years.

Alfonso Ribeiro Net Worth And Earnings

As mentioned above, Alfonso Ribeiro's net worth is estimated to be $7 million. He earned this vast fortune from his hugely successful career as an actor and performer.

The talented actor's career started when he was just eight and secured the lead role in the Broadway musical The Tap Dance Kid. He received praise from the critics for his performance and was even nominated for the Outer Critics Circle Award. Since then, he has appeared in a number of television series and movies. His most recognizable role is in The Fresh Prince of Bel-Air, where he played Carlton Banks opposite Will Smith. He has appeared in shows like In the House, Silver Spoons, Extreme Ghostbusters, Things We Do for Love, among many others.

With his career spanning more than forty years, the actor has earned a massive fortune. Alfonso Ribeiro's salary from popular series like The Fresh Prince and many others undoubtedly helped increase his net worth significantly.

Alongside scripted shows, Ribeiro has also participated in a number of reality shows. He competed on the show Celebrity Duets as one of the singers and won the series. He also participated in the nineteenth season of Dancing with the Stars and also won the show. According to multiple sources, the contestants of the show earned $125,000 during the first two weeks of the show in 2019. And as the winner, Alfonso must have made a similar amount if not more after the finale. 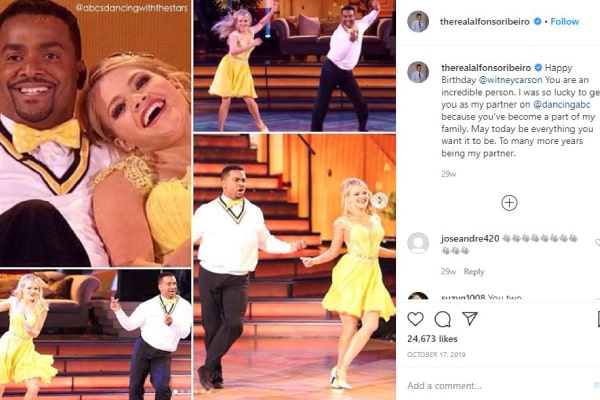 Along with participating, he has also hosted many television shows. Most notably, he was the host of America's Funniest Home Videos after Tom Bergeron left the show. Another show that he hosted was Money Tree. Alfonso Ribeiro's salary as the hosts of these shows must have heavily influenced his total wealth.

Income As A Radio Jockey And Director

The famous actor has also hosted his own radio show, The 90s with Alfonso Ribeiro. The show was launched on multiple radio stations across the USA and was co-hosted by Daena Kramer. In the show, the duo talked about the music, style, and culture and shared their experiences. The program was a massive success and is still running across the country.

Apart from acting and hosting, the 90s star has also directed numbers of episodes of multiple television shows. He has worked on many episodes of tv-series like In the House, One on One, All of Us and many others. This opportunity not only gave him experience but also helped him earn a considerable sum, which directly assisted in the raise in Alfonso Ribeiro's net worth.

With the massive fortune he has earned from his acting career, Alfonso Ribeiro lives a very comfortable lifestyle with his wife Angela Ribeiro and two sons, Alfonso Lincoln Ribeiro Jr and Anders Reyn Ribeiro and a daughter, Ava Sue Ribeiro. Looking at his social media pages, it is clear that he loves his family and going on various trips around the world with them.

The actor's lifestyle can also be predicted by the properties he has owned over the years. He sold his longtime residence in Toluca Lake in 2016. The 8,369-square-foot property was sold for $1.45 million. The house was also featured on an episode of "Kitchen Cousins." Before selling this massive mansion, the previous year, he bought another property in Granada Hills. This real estate piece cost him $1.94 million, and looking at the magnificent property; we can say that he splurged his hard-earned money in the right place.