Home Net Worth Amy Ryan Net Worth - Part Of Big Projects Including Gone Baby Gone And The Office. 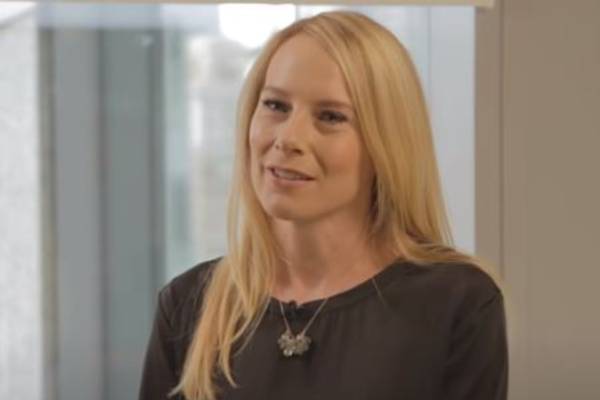 Amy Ryan's net worth of $3 million comprises of the amount she earned from The Office and other works. Image Source: Social Media.

American actress Amy Ryan started her acting career as a stage actress in 1987. She has since appeared in several movies and TV-series and has also tried her hand to produce various projects. Not only small and big-screen, but Amy has also found immense success in theater and has been nominated twice for Tony Awards.

With more than sixty acting credits to her name, the talented actress has made a name for herself in the industry and also amassed a fortune. As of now, Amy Ryan's net worth is estimated to be $3 million, much of which comes from the amount she earns for her various roles.

Amy Ryan Net Worth And Earnings

As mentioned above, Amy Ryan has amassed a fortune of $3 million from her successful career. She is recognized for her works in shows, and movies like Gone Baby Gone, The Wire, and In Treatment and has earned a considerable sum from her work.

Income As A Stage Actress

Amy Ryan graduated from High School of Performing Arts, New York, and debuted in the acting business as a stage actress in 1987. She was involved in the production of A Shayna Maidel in the Westside Theater and the following year starred in the Second Stage Theatre Company's The Rimers of Eldritch.

After performing in off-Broadway plays for some years, Ryan made her Broadway debut as a replacement in the production of The Sisters Rosensweig in 1993. Since then, Amy has starred in many theater productions and even received two Tony Award nominations for her performances. 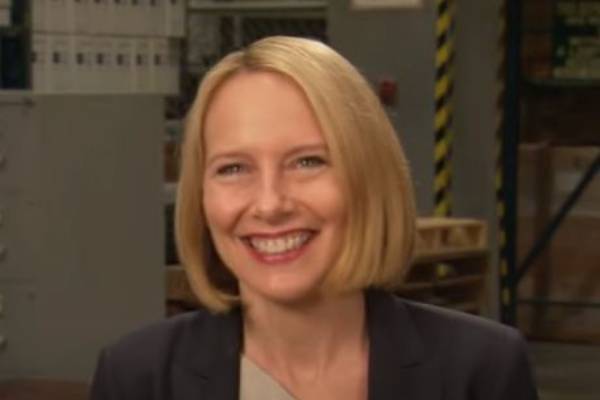 The talented actress has garnered rave reviews for her work in the aforementioned Broadway and off-Broadway shows. And along with the amazing critical response, Amy Ryan's net worth has also seen a massive rise with the amount she pocketed for her theater play appearances.

Only a few years after her theater debut, Amy Ryan had a brief stint in tv-shows like As the World Turns and Brooklyn Bridge. She then secured a small role in I'll Fly Away and then became a series regular in the show, The Naked Truth.

While the gifted actress has appeared in many other series, she mostly gained attention for portraying Holly Flax in the NBC sitcom, The Office. Few of her co-stars, including Jenna Fischer was paid $100,000 per episode after the third season of The Office. And while Amy Ryan's salary might not be as much as her co-stars, she must have earned a considerable sum from the show.

In addition to The Office, Amy has also appeared in series like 100 Centre Street, The Wire, and In Treatment. She played significant parts in these shows, and as a result, earned thousands per episode. This, in turn, helped raise Amy Ryan's net worth to new heights.

Along with plays and television series, Amy has also found much success in the movie industry. Her big-screen debut came in the 1999 film Roberts and then starred alongside Mark Ruffalo in You Can Count on Me. Ryan has appeared in a number of films, including Dan in Real Life, Before the Devil Knows You're Dead, and a few others.

Many of the films that Amy was part of did well at the box-office. Also, her hard work was recognized by critics and filmmakers alike, and she was paid handsomely. Some of Ryan's films and their respective worldwide collection as given in IMDb are given below:

As seen in the above table, many of the movies that the American actress was in earned millions after release. And as the one portraying the main characters in these movies, Amy Ryan's salary must have been counted in millions. She must have also pocketed a certain profit percentage, which undoubtedly helped increase Amy Ryan's net worth.

Amy Ryan has accumulated a fortune of $3 million from her successful acting career and, as a result, enjoys a lavish lifestyle. Unlike many of her peers, Ryan lives in New York City, a city where she was born and raised in.

According to a 2011 article in the Observer, Ryan, and her husband, Eric Slovin, bought a $3.1 million apartment in Brooklyn Heights that year. While it is unclear if the family still lives there, there is no doubt that the actress is enjoying her life filled with riches.