Home Net Worth Ed Helms Net Worth - Salary From The Office And Other Big Projects. 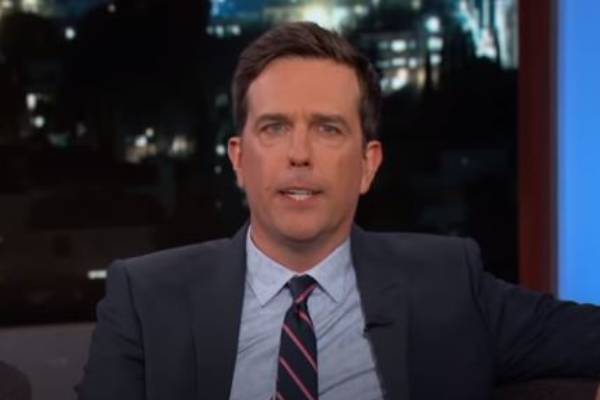 Ed Helms' net worth of $25 million comprises of his earnings as an actor, musician, and comedian. Image Source: Social Media.

American actor Edward Parker Helms, better known as Ed Helms, has been part of the entertainment business since the 1990s. He has starred in and voiced characters in several movies and television series like The Hangover trilogy, The Lorax, and Captain Underpants. However, Helms is mostly recognized as Andy Bernard from the NBC show, The Office.

The talented Office star has found much fame from his acting career and has also amassed a fortune. According to Celebrity Net Worth, Ed Helms's net worth is estimated to be $25 million.

As mentioned above, Ed Helms has an estimated net worth of $25 million, most of which comes from his acting career. He is also a comedian and voice actor and has earned a considerable sum from his works.

Income From Comedy And Music

Ed Helms started his career in the entertainment industry as a writer and performer for various sketch comedy bands in New York City. He was also studying improvisation with the Upright Citizens Brigade troupe. He then worked at a post-production facility, Crew Cuts as a trainee film editor. While working there, he even recorded some voiceover tracks, which later led him to several voiceover works.

While studying at Oberlin College, Helms and his friends Jacob Tilove and Ian Riggs formed a bluegrass band named The Lonesome Trio. They used to play a few shows every year during his college years and went on to record a self-titled album in 2013. Helms has performed in bluegrass festivals with his band and even co-founded a blog titled The Bluegrass Situation with Amy Reitnouer.

Apart from his bluegrass band, Ed has also used his musical abilities to provide soundtracks for several television shows, movies, and documentaries. The Bluegrass Situation also debuted a weekly music and comedy program to benefit the MusiCares COVID-19 Relief Fund and Direct Relief. While much of Ed Helms' net worth comes from his acting career, his music and comedy career also has made a huge difference in his total income.

While performing comedy in New York, Helms found out about an open audition for The Daily Show. He was hired by the company, and he contributed as host and "field reporter" for the satirical news program. He was with the show from 2003-2006 and covered numerous segments, including Ad Nauseam and Mark Your Calendar. After leaving the show, Ed was added to the cast of NBC's The Office, and his journey as an actor began.

Ed Helms found fame for portraying Andy Bernard in the second season of the mockumentary. He became a series regular in the third season and was part of the show until its 2013 finale. Throughout his time at the show, Helms also appeared in several other tv-series like Arrested Development, Childrens Hospital, and UCB Comedy Originals. 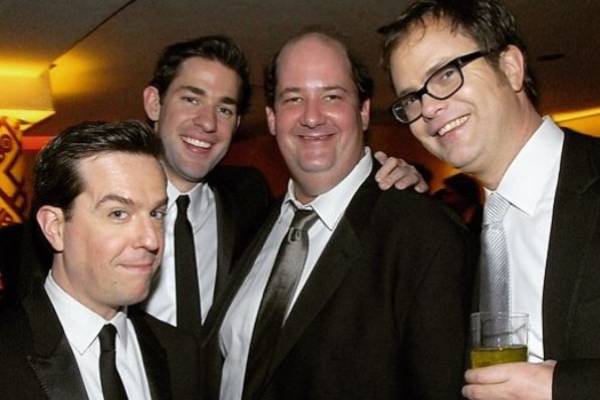 The Office star has continued his acting career and is paid per episode like most small screen actors. While there is no exact information about Helms' salary while working in The Office, looking at the amount that his co-stars earned, there is no doubt that Ed earned thousands if not millions per season. Also, he has had several significant appearances on other shows, and the earnings from them have undoubtedly helped increase Ed Helms' net worth.

Like his career in television, Ed also found significant success on the big screen. Helms has been featured in many successful movies portraying notable parts and also voicing popular animated characters. Some of the films that he was part of and their respective box-office collection are listed below:

The American actor has been a part of many movies that have earned hundreds of millions at the box-office. And as a part of these films, Ed undoubtedly pocketed millions of dollars himself. According to IMDb, he was paid $5 million for his 2011 movie, The Hangover Part II. If his salary in the Hangover trilogy is any indication, then there is no doubt that Ed Helms' net worth of $25 million includes the large sum he acquires for his movie roles.

The talented American actor and comedian have accumulated a fortune of $25 million from his career in the movie industry. And as a result, Ed Helms and his family enjoy a lavish lifestyle. While Helms is very secretive about his personal life, it is a known fact that he currently lives in Los Angeles. We wish the actor more success in his career and hope that he opens up more about his family in the future.