Home Net Worth Aries Spears Net Worth - Look At The Comedians Income And Earning Sources. 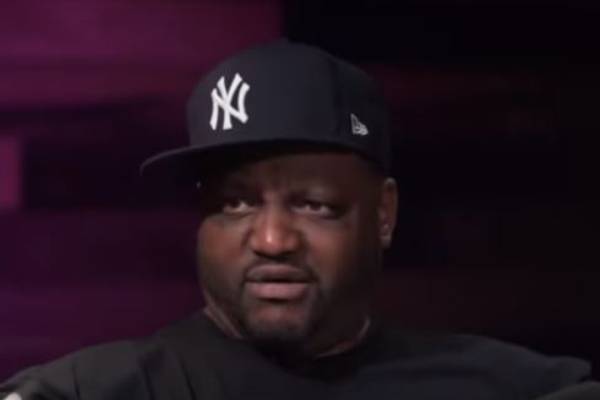 Aries Spears' net worth of $8 million includes his earnings as a stand-up comedian and actor. Image Source: Social Media.

Aries Spears is one of the most famous stand-up comedians in today's world. He has been showing off his comedic skills in numerous television shows and movies since the early 1990s. Not only acting projects, but the talented comedian has also gained massive recognition from his stand-up shows.

From a highly successful career in the industry, Aries Spear's net worth is estimated to be $8 million. He has accumulated this vast fortune from the various acting projects he has been part of, and also numerous stand-up shows that he has done over the years.

Aries Spears Net Worth And Earnings

As mentioned above, Aries Spears has an estimated net worth of $8 million. Earnings from his stand-up shows and various acting jobs have helped the famous comedian to amass a massive fortune.

Income As A Stand-up Comedian

Aries Spears started doing his stand-up comedy routine after he was kicked out of high school at the age of seventeen. He has recalled doing impressions of Jack Nicholson and James Brown in his first stand-up show. He then continued to do comedy to fill his free time and subsequently made a career out of it.

The talented comedian found an opportunity to show off in multiple Hollywood venues like The Laugh Factory and The Improv soon after moving to Los Angeles in the early 90s. He then became a part of the sketch comedy MADtv, which earned him recognition from a large group of audiences. 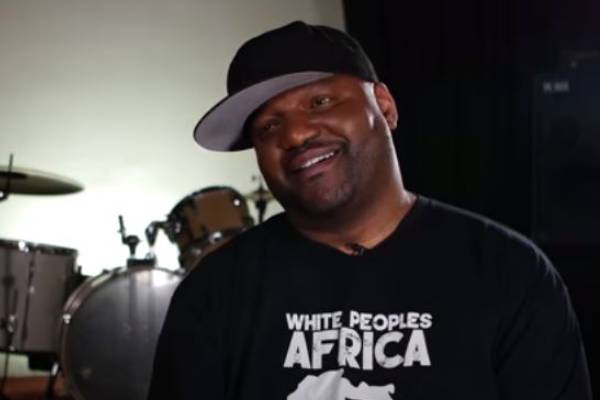 Since then, the hardworking star has been involved in many sketch comedy shows and even toured around the country, making people laugh. Many fans are interested in experiencing the hilarious actor's comedic routine live. As a cast member of the many stand-up comedy shows, the comedian undoubtedly pocketed a considerable sum as his salary. Also, income from the numerous sold-out tours has helped increase Aries Spears' net worth exponentially.

The talented comedian's debut in movies came in 1995 in the film Out-of-Sync. He followed up with other films like Home of Angels, The Pest, Jerry Maguire, among many others. Spears was part of many of these movies as a secondary character, however, he must have earned a significant amount from them. Some of his films and their earnings are listed below:

As seen above, many of the films that Aries was part of, did good business in the box-office. And as a part of these successful movies, the comedic actor must have earned a large sum as a salary as well as a certain amount from the profit made, which undoubtedly helped raise Aries Spears' net worth to new heights.

In addition to film appearances, the Chicago-born comedian has also become a well-known television personality. He has been part of scripted shows like South of Sunset, C-Bear and Jamal, The Proud Family, Family Guy, among others. His impersonation of Shaquille O'Neal in Family Guy was applauded by many.

Along with these scripted shows, the talented actor has written, produced, and starred in television special stand-up show, including Aries Spears: Comedy Blueprint and Aries Spears: Hollywood Look I'm Smiling. According to The Richest, Spears' salary from these comedy specials was $48K per month. All the income he earned from his time on the television shows has made a massive impact on the actor's total earnings.

How Much Does Aries Spears Earn From Merchandise Sales?

As a part of the tours he has organized around the country, Spears has also launched a line of merchandise. The line includes products like t-shirts and CDs, which can all be bought from the comedian's official website. Some of these items and their prices are listed below:

With such a huge fan following, there is no doubt that the comedic actor has sold a fair number of these products. And the income from the merchandise sales has definitely made a significant impact on Aries Spears' total earnings.

Aries Spears got married to Elisa Larregui in December 2010. However, in 2013, his wife filed for divorce, citing irreconcilable differences. After a lengthy court battle, their divorce was finalized in May 2014, and their case instantly became big news. According to TMZ, Spears was obligated to buy his ex-wife a house in Florida in the price range of $300k to $350K.

The comedian also had to buy a 2014 Cadillac Escalade, which costs $60K to $75K. He also lost the custody of his son, Jordan Spears, and had to pay his ex-wife $5,000 per month as child support. After going through this, Spears became very vocal about the unfair treatment during divorce settlements.

After earning a massive fortune from his successful career as a stand-up comedian and actor, Aries Spears lives a lavish lifestyle in Los Angeles. However, even after being a millionaire, Spears has not forgotten his roots and has been involved in various charitable organizations. He also uses his social media page to talk about various social issues prevailing in the society.