Home Net Worth Clark Duke Net Worth - Income And Earnings From His Multiple Ventures And Acting Projects. 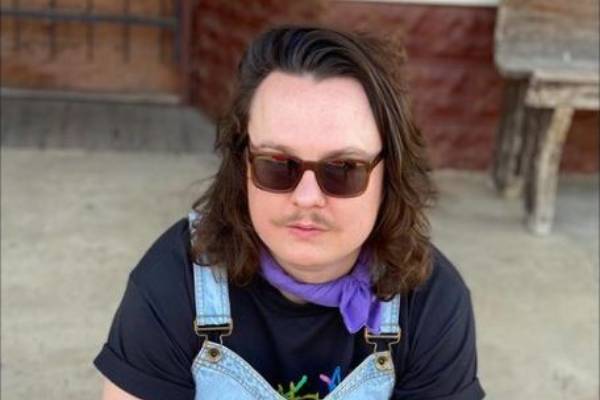 Clark Duke's net worth of $4 million includes his earnings as an actor and a filmmaker. Image Source: Instagram/ clarkduke.

American actor Clark Duke first came into prominence for portraying the character Elliot Hartman in the show Hearts Afire. He was only seven-years-old at the time and was nominated for a Young Artist Award for his performances. Duke has since appeared in many well-known movies and television series and has found much fame from his acting career.

The American comedian has also branched out as a writer, producer, and director in addition to acting. Over the years, he has tasted much success and has also accumulated a massive fortune. According to Celebrity Net Worth, Clark Duke's net worth is estimated to be $4 million, which includes his total income as an actor and filmmaker.

Clark Duke Net Worth And Earnings

As stated above, Clark Duke has an estimated net worth of $4 million from his work in the entertainment industry. He has worked as an actor, producer, director, and writer for several projects and has earned millions in the process.

Income From Acting And Voice Acting

Clark Duke's career in the entertainment industry started when he was cast as "Elliot Hartman" in Hearts Afire at the age of seven. He starred in the show for three years before taking a break to complete his studies. He then returned to the business and had brief stints in shows like CSI: Crime Scene Investigations and Campus Ladies.

The comedian was then thrust into the spotlight after the web series Clark and Michael was released. He had directed the pilot episode as a part of his college thesis film and wrote, produced, directed, and starred in it alongside his friend, Michael Cera. 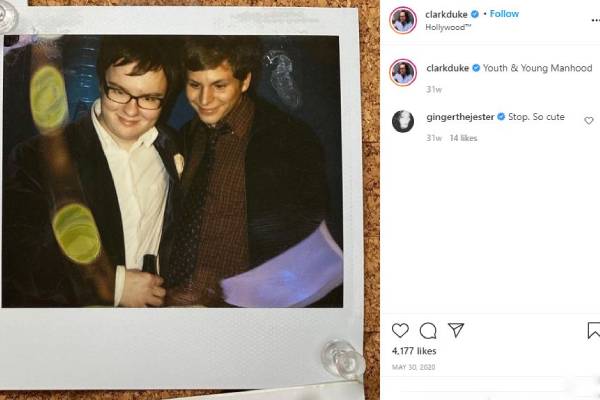 After Clark and Michael, Duke found the opportunity to showcase his skills on shows like Greek, The Office, Two and a Half Men, I'm Dying Up Here, and Veronica Mars. Not only did the talented actor gained accolades for his performances, but Clark also earned thousands of dollars from his works.

In addition to television series, Clark Duke has also found fame as a big-screen actor. He has been a part of films like Sex Drive, Kick-Ass, A Thousand Words, and voiced animated characters in The Croods: A New Age and The Croods. Given below are the worldwide collection of some of the movies that Duke was a part of:

With so many of his movies earning millions at the box-office, the American actor must have gained a considerable sum as a profit bonus. Also, the salary he received for his works in these films must have helped raise Clark Duke's net worth.

As mentioned earlier, Clark's filmmaking journey started from his university thesis Clark and Michael, which then turned into a full-blown web series. He then spent a few years acting and then came back to writing, producing, and directing projects in the late 2010s. Duke worked on short films like Show Business, Home, and Clint Howard Reboots Pippi Longstocking with Milla Jovovich and Fred Willard.

The well-known actor and comedian then wrote his first feature film, Arkansas, and also produced and directed it. He also starred in the movie alongside Liam Hemsworth, Vince Vaughn, Michael Kenneth Williams, and John Malkovich.

Duke's directorial debut was based on John Brandon's novel of the same name and was released on DVD, Blu-ray, and Premium Video on Demand citing the COVID-19 pandemic. While the film did not have a theatrical release, but Clark received praise for his work in it.

While it is unclear how much the American actor's directorial debut made in terms of earnings, there is no doubt that Clark Duke's net worth has been impacted by it. And with many more projects on the horizon, it won't be a surprise if we see considerable growth in his total net worth in the coming years.

Clark Duke grew up in Arkansas but now lives in Los Angeles with his girlfriend, Cody Kennedy. He owns a bungalow in Hollywood Hills, which was featured in Architectural Digest in 2017. Looking through the pictures of the house, it is clear that Duke enjoys a lavish lifestyle.