Home Net Worth Erik Spoelstra Net Worth - Annual Salary Of $3 Million And Look At His House. 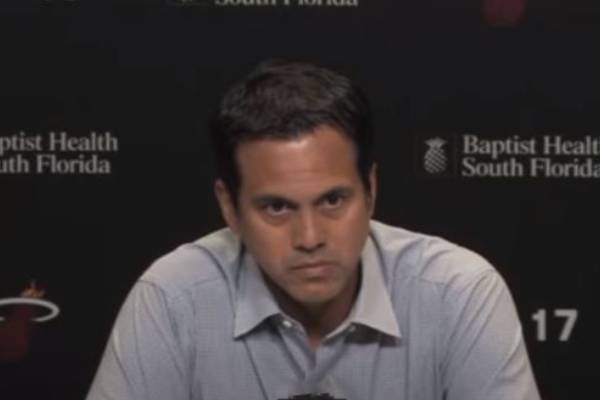 Erik Spoelstra is a professional basketball coach who is the current head of the NBA team, Miami Heat. He previously played for the German club, TuS Herten, but chose to pursue a career as a basketball coach. Erik has found much success from his coaching career and has already won numerous NBA titles with the Miami Heat.

The Miami Heat's head coach garnered major attention after he was hired for the position. He has tasted immense success from his time with the Heat and also earned millions from his career. According to Celebrity Net Worth, Erik Spoelstra's net worth is estimated to be around $10 million.

Erik Spoelstra Net Worth And Earnings

As mentioned above, Erik Spoelstra has an estimated net worth of $10 million. He accumulated this considerable fortune from his career as a basketball player for TuS Herten and later as a coach for Miami Heat.

Erik Spoelstra attended Jesuit High Elementary, where he played as the point guard for the school's basketball team. Due to his excellent performances, he was offered a basketball scholarship from various universities. He accepted the offer from the University of Portland and played for the college team.

Spoelstra continued to perform well during his college years and led his team to several victories. After graduating in 1992, Erik was hired by the German professional basketball club, TuS Herten. He was the player-assistant coach for the team, which participated in Basketball Bundesliga's second division league. 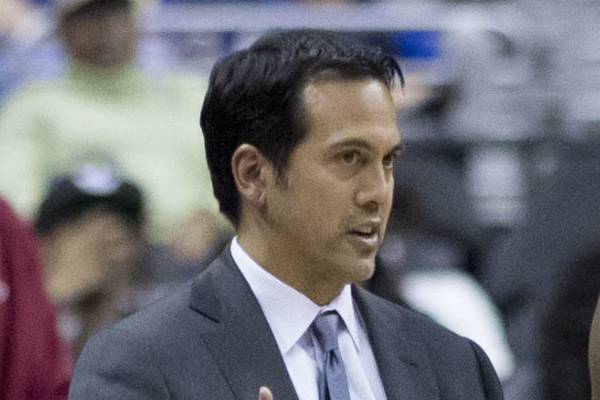 During his two years in Germany, the American coach generated great results from his team. He was offered a two-year contract extension with the club but chose to return to the States and join Miami Heat. Nevertheless, Erik Spoelstra's net worth must have been heavily impacted by his earnings from the German league.

How Much Does Erik Spoelstra Earn As An NBA Coach?

Erik Spoelstra joined the Miami Heat in 1995 as their video coordinator and spent two years in the position. He then served as the assistant coach and also retained his job as the video coordinator. Erik continued to rise in the ranking within the Heat and was credited for improving the team's game. He won his first NBA championship in 2006 as the assistant coach for the Heat.

Years after joining the Heat, in 2008, Erik was announced as the head coach after Pat Riley stepped down from the position. He led his team to the NBA Playoffs during his first year as head coach and continued to showcase his work in the following seasons. The addition of players like LeBron James and Chris Bosh to the team helped the Heats to reach NBA Finals in 2011 but suffered a loss against Dallas Mavericks.

Even though the Heat could not clinch the title, in December 2011, Spoelstra received a contract extension worth $6 million, which lasted till the 2013-14 season. According to the deal, he was set to earn a $250K bonus and a considerable increase in his salary. The following season, the Heat won the NBA championship, and Erik reportedly pocketed $250K as a bonus in addition to his $2 million yearly salary.

According to The Richest,  Spoelstra's salary for the year 2013 was $3 million. The same year his contract was extended to an undisclosed multi-year deal after the Heat won another NBA championship. Erik continued to lead the Miami Heat to significant victories, including the appearance in the NBA Finals in 2020.

The Miami Heat's head coach is regarded as one of the greatest NBA coaches in the current scene. He has won numerous championship titles and, as a result, has been paid handsomely by his club. According to Essentially Sports, he is among the highest-paid NBA coach and earns $8.5 million per year. The yearly salary he pockets has undoubtedly helped increase Erik Spoelstra's net worth.

Erik Spoelstra is said to be one of the best NBA coaches and is also one of the highest-paid. With him earning millions of dollars per year, Spoelstra and his family enjoy a lavish lifestyle. He has owned properties in various places in Florida, including the highly publicized home in Coconut Grove. 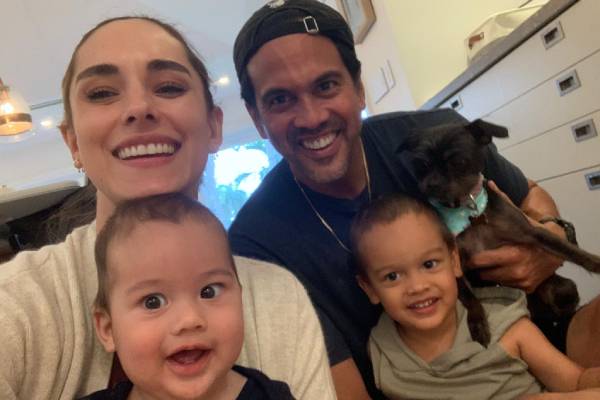 The Heat's head coach bought the house in 2016 and paid $2.6 million among heavy media attention. It was dubbed historic by many and the house stood at 5,432-square-foot land. Other features include a pool, guest cottage, and exterior patio area. However, he sold the house within a year for $2.475 million, with a loss of 125K. He went on to buy a mansion in Coral Gables and paid a staggering $4.395 million for the property.