Home Net Worth Famous Dex Net Worth - Earnings As A Rapper And Once Threw $10K In Hollywood Boulevard. 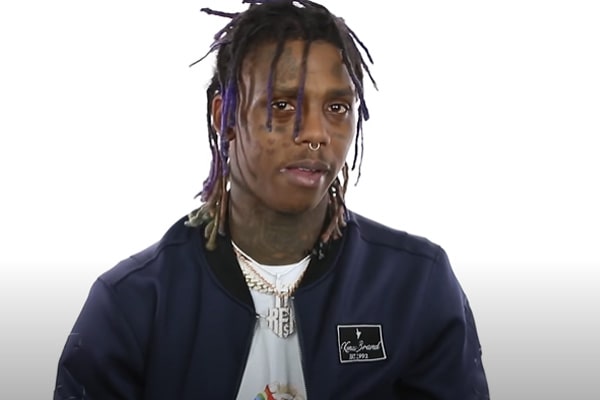 Famous Dex's net worth of $6 million comprises of his earnings as a rapper. Image Source: Social Media.

Rap Industry is full of outlandish stars, and Famous Dex or Black Migo Dex is one of the front runners. This drill rapper has been gaining a lot of fame lately. His creative style of rapping is loved by many throughout the world. His trap rapping and drill rapping are considered unique, helping him gain millions of fans.

Dex went viral pretty soon from the time he started rapping, and since then, he is showing no signs of stopping. His album sales and views on YouTube speak for themselves. His popularity has helped him earn a massive fortune. According to Celebrity Net Worth, the rapping sensation Famous Dex's net worth is about $6 Million- which is a vast number.

Famous Dex Net Worth And Earnings

As we mentioned earlier, Famous Dex's net worth is estimated to be about $6 Million, which he made from music sales. Apart from music sales, he has his own brand and was involved with brands like Puma. So now, without further ado, let's break down how he made his massive wealth.

Dex began his career by performing as a dancer on tracks in his friend’s music videos. The fans took no time to notice him, and he instantly gained popularity. After gaining some recognition, he decided to develop music on his own by changing his name from Dexter Gore Jr. to Famous Dex.

Famous gained a lot of fame through his remixes of Chief Keef’s ‘Kobe’ in 2013 and rapper Dej Loafs ‘Try Me.’ He released his first single, ‘Bottle After Bottle’ in 2014, and the music video on YouTube received a massive amount of views. His video for "Duh Dummy" went viral with 300,000 views in just one week.

This just shows that his enormous popularity justifies Famous Dex's net worth. His other singles include ‘Who told you I was the man,’ ‘Swagg,’ and ‘Hoes Mad,’ which were also equally popular. His songs are available for purchase on Amazon, and some are listed below with their price.

Famous has collaborated with other big-timers like Rich the Kid, Lil Tracy, and A$AP Rocky, helping him increase his reach. He is currently the CEO of the record label ‘Rich Forever Music’ established by rapper Rich the Kid.

Famous was initially associated with Puma, and he used to do many endorsements for the brand. After his video went viral, which showed him beating his girlfriend, his association was terminated. But during his time with Puma, he sure made a massive amount of money, which definitely adds to his massive fortune.

Famous also owns a clothing brand called Dexter, which includes a variety of clothing products from his productions. Along with his music, Dexter has found himself as an entrepreneur too. His clothes are available for purchase through his website. Some products with their prices are given below.

Dex has a massive fan following, and he must gain a lot of money from these merchandise sales. Famous Dex's net worth keeps getting bigger and bigger with his increasing popularity.

Dex is living his life at the moment. He can be regularly seen flexing his money and the luxurious assets he bought from it. He was even caught throwing money on the streets once. Dex is living a lavish lifestyle with all the money he has made throughout his career. He is also a family man and lives with his two baby daughters. Dex can also be seen regularly remembering his mother, who died of cancer in 2016. 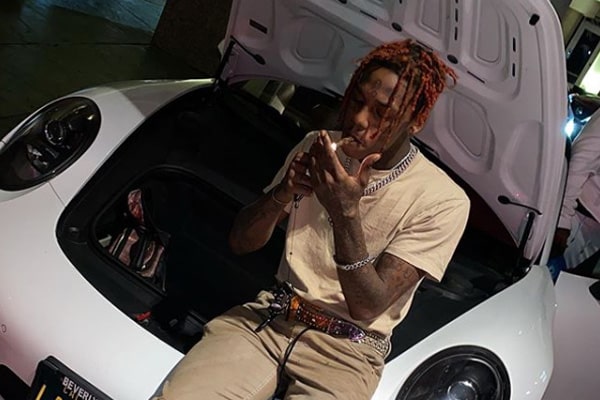 In terms of assets, Dex owns multiple luxurious cars like Porche, Lamborghini, and Maseratti, all costing thousands of dollars. He even filmed himself thanking for all the money he got to buy him a Maseratti. He also likes to wear typical rapper clothing with diamond chains and luxurious watches. But in his case, he has a photo of his mother on his pendant. He can be regularly seen boasting about his fancy lifestyle on Instagram.