Home Net Worth Katherine Langford Net Worth - Salary From Netflix's Cursed And 13 Reasons Why. 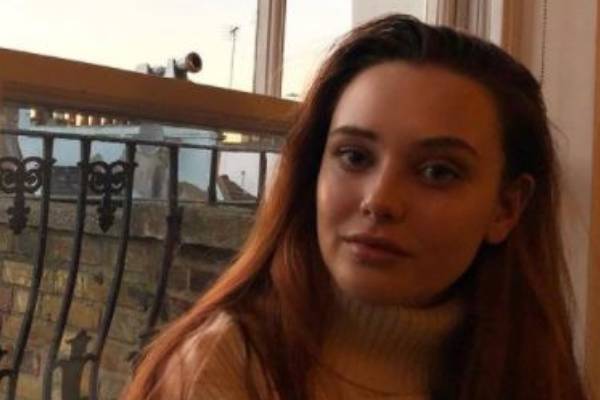 Australian actress Katherine Langford first came into prominence in 2017 for her role as Hannah Baker in the highly successful Netflix show 13 Reason Why. She has since shown off her acting prowess in numerous television shows and movies and gained much recognition.

The Australia born-star is one of the most sought out actresses and has starred in many acclaimed projects. As a result, Katherine Langford's net worth comprises of her earnings from all the works she has done in a short amount of time.

Katherine Langford Net Worth And Earnings

The talented actress has earned a massive fortune from her career as an actress in a short amount of time. Katherine Langford's net worth includes her earnings from various brand endorsements. According to Seventeen, she has an estimated net worth of $5 million.

Katherine started her acting career by starring in small independent films like Story of Miss Oxygen, Daughter, and Imperfect Quadrant. Her first feature film was The Misguided, and then she appeared in the coming-of-age movie Love, Simon.

In 2019, she was a part of a big ensemble in the critically acclaimed film Knives Out. She was also part of the highest-grossing movie, Avengers: Endgame, but her scene was not included in the final film. These movies made millions of dollars in the box-office, some of which are listed below:

As a part of these movies, which garnered millions at the box-office, the Australian actress must have pocketed a significant share from the profit earned from them. While she was not part of the final cut of Avengers: Endgame, her salary from it had a substantial impact on Katherine Langford's net worth.

While Katherine started her acting career in films, she first found recognition from Netflix's series 13 Reasons Why. She played the role of a high schooler, Hannah Baker, in the series, which earned her a Golden Globe nomination in 2018. She reportedly earned $80K per episode as one of the lead cast of the show.

Langford did not return for the third season, and if she had, she would have received a pay rise like her costars. Dylan Minnette, who is the lead star of the show, who reportedly earned $200K per episode for the final two seasons of the show.

After leaving the series, the talented actress starred in another Netflix show Cursed in 2020. She plays the main character, Nimue, in the fantasy drama series, which has gained massive reception from fans and critics alike. As the main cast members of these shows, Katherine Langford's salary from Cursed and 13 Reasons Why has undoubtedly helped increase her total net worth.

With her rising popularity in Hollywood, Langford has also gained attention from many brands. As a role model for many youths, the Australian actress has been a top pick for many different companies. In June 2020, L'Oréal Paris revealed that Langford had joined the company as a spokeswoman. 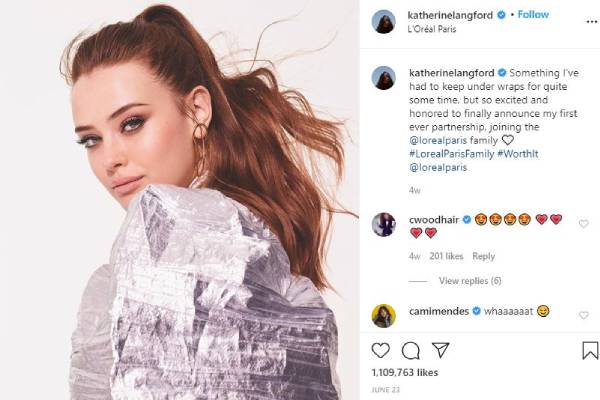 Katherine is one of the brand ambassadors for the beauty brand, and her future campaigns will definitely bring in new customers for the company. As one of the most sought out faces in the industry, the gorgeous actress has undoubtedly earned a significant amount from these brand partnerships.

With many new brand deals on the horizon, it is clear that Katherine Langford's net worth has been profoundly impacted by the endorsement deals she has earned and will continue to do so.

Katherine Langford found fame in a very short amount of time and earned millions from her successful acting career. She now enjoys a lavish lifestyle and divides her time between Los Angeles and her home country Australia. In addition to her works, the beautiful actress is also known for being vocal about various subjects like LGBTQ rights, woman's rights, among others.