Kenny Albert Net Worth - Salary And Income As A Sportscaster

Home Net Worth Kenny Albert Net Worth - Salary And Income As A Sportscaster. 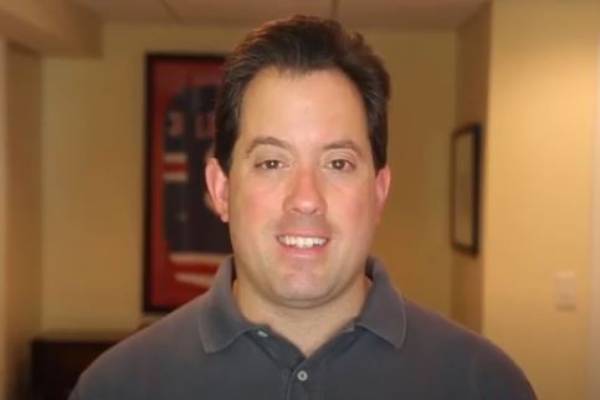 Kenny Albert's net worth of $2 million includes his earnings as a sportscaster. Image Source: Social Media.

Kenneth Gary Albert, commonly known as Kenny Albert, is an American sportscaster who currently does the play-by-by play for all four major professional sports leagues in the United States and Canada. Apart from his own success, he is also known for being the voice of basketball Marv Albert's son.

Kenneth's all-around capabilities have enabled him to establish himself as a prime commentator and popular among the multiple fan base. His exclusive ability to cover multiple fields is above applaudable, and this very ability has enabled him to earn a lot of fortune. According to Celebrity Net Worth, Kenny Albert's net worth is currently valued at around $2 million.

Kenny Albert's Net Worth and Sources

As we already mentioned above, Kenny Albert's net worth is about $2 million, almost all of which is due to his versatile sportscasting abilities. As for his father, Marv Albert's net worth is about $16 million. Kenny has been instrumental in all of the major tournaments like NBA, NFL, MLB, and NHL, which are undoubtedly the cash magnets. Like father like son, Kenny is one of the most well-loved commentators currently.

Being born in a family full of broadcasting history, Kenny was quite obvious to be influenced into it. Apart from his father, he is also the nephew of sportscasters Al Albert and Steve Albert. Kenny got into sportscasting from a very young age. Marv used to take him to the New York Rangers game, and Kenny did the official statistics on the radio for them by the age of 16. After graduating from New York University in broadcasting and journalism, he worked in the sports department at WNYU radio.

Kenny got some experiences from his radio career and gradually made his way into Fox for NFL commentary in 1994. Albert is the radio voice of New York Rangers and a play by play announcer for Fox's MLB coverage. Albert has also worked on Fox's NHL Saturday telecasts and now does play-by-play for the NHL on NBC. His sheer dedication and enthusiasm towards the sports are unmatched. Named as the busiest man in sports by athletic, Kenny jokingly told that he probably was not as free as he was in his break since five years old. He has also done the hockey play-by-play for the Winter Olympics in 2002, 2006, 2010, and 2014.

Kenny's success is certainly immeasurable, and his salary must be immense, but it has not been revealed. As for his father, Marv's salary is about $2 million annually. Kenny was also nominated for the Sports Emmy alongside his father In 2016.

Furthermore, Kenny also has a Cameo account, which is a video sharing platform where fans can ask him questions by paying a certain amount of money. All of the work he has been part of makes Kenny Albert's net worth to be a humble one.

Kenny is living a grand life with all the money he has made through his illustrious commentating career. He is probably living in New York with his family. Going through his social media handles, we can see he loves to spend time with his daughters, friends, and family. He can be seen being frequently active in social media as well, where he posts about his work and some occasional personal insights.

Kenny has not only carried his father's legacy but has made it elevate to newer heights. He has been more than succesful as a sportscaster and still has a long way to go. And his current net worth is just going to increase with time. So, it will take no time for us to see more from this incredible commentator.