Home Net Worth Kerry Kennedy Net Worth - Income From Book Sales And Is A Human Rights Activist. 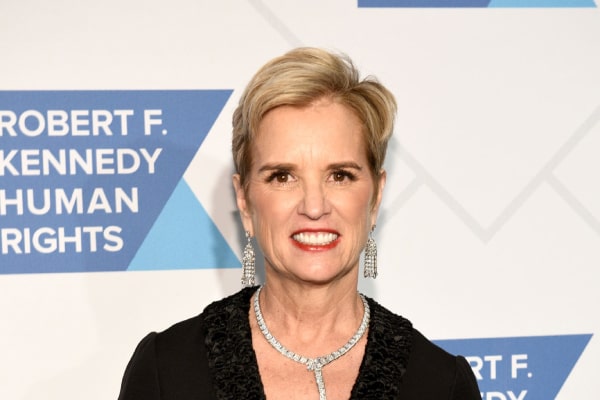 Being born under one of the most influential families in the country is everyone's dream. But what people seem to forget is that everyone is equally human, whether you are poor or rich. The differences between human beings are created by themselves in regard to money and status. And now many people can't seem to escape from them.

The Kennedys are one of the United States' wealthiest and politically influential families. With many numbers of people bearing the Kennedy name serving the country in some of the highest positions, it is bound to be on everyone's mind. But some of them have also acquired their own name and fame doing their own work. And the talented Kerry Kennedy is a prime example of it.

Kerry Kennedy's Net Worth And Income

As one of the eleven children of Robert F Kennedy, Kerry Kennedy's earnings are expected to be pretty significant. According to Celebrity Net Worth, Kerry has an estimated net worth of $10 million, which comes from the family wealth and also the sales of her books.

Kerry's leading source of income is her book sales. Her journey as an author started in 2000 when she released a book called Speak Truth to Power. This book contained photographs taken by Eddie Adams and had interviews conducted by Kerry of people who braved the adversities to survive imprisonment, torture, and death threats in war-prone nations. The revised version of this book was released in 2018.

Furthermore, Kerry not only wrote a book but also founded Speak Truth to Power, a human rights organization, which honors journalists & authors who stand up to oppression.

While the book mentioned above focussed on human rights to its core, Kerry's next book took another turn. Being Catholic, the writer's second book followed the same pattern as the first one but on a different issue. Kerry interviewed thirty-seven American Catholics to express their feelings about their faith and the Church hierarchy. She followed it up with Robert F. Kennedy: Ripples of Hope 2018. If you are interested in the books, their name and price are given below:

These books did not precisely follow the pattern of traditional books; however, due to the engaging topics in which they were based made a huge impact on the readers. As the book was an interview based on people ranging from business leaders, politicians, activists, and to the ones affected by war, the book must have helped increase Kerry Kennedy's earnings extensively.

Salary As President Of Non-profit Organization

While book sales surely helped with the total income of the human rights activist, Kerry Kennedy's earnings as the president of the Robert F. Kennedy Human Rights Foundation might have solidified her as someone with a huge fortune. According to reports, in 2016, Kennedy earned $352,298 in total compensation from the organization. She raked $70,000 from the total amount as a bonus amount. Her salary and bonus have been in constant rise over the years.

The Washington-based organization works to promote social justice but has come under scrutiny as it announced the initiative to bail out all women from jails no matter their crime. The organization has continued on its work to help everyone who needs it. And as the president of this big organization, we can be sure that Kerry Kennedy's income will continue to increase as it has been doing for years.

The wedding between Kerry Kennedy and Andrew Cuomo was regarded as the start of something great as they were from two great American political families. It might have been true for a few years, but the differences between the duo led to a divorce after fifteen years of marriage. While the divorce gave birth to headlines for a long time, the battle for the child support payment was way worse.

In 2015, it was revealed that the divorced couple was still fighting over the payment for their three children. The issue was the payments for education costs and health care for their daughters, which the then-governor Cuomo was not paying. The dispute was apparently resolved after it became a politically embarrassing situation for Andrew.

Well, as for Kerry Kennedy's ex-husband Andrew Cuomo's net worth, it is estimated at $5 million.

Works As A Human Rights Activist

Kerry Kennedy was a human-right advocate from her early years. She has worked hard to ensure the protection of fundamental rights and justice to those in need. She started to work for human rights in 1981 as an intern in Amnesty International, where she investigated the abuses faced by refugees by the hand of the U.S. immigration officials.

She continued to work on many issues like children's rights, child labor, freedom of expression, ethnic violence, and many others. Also, her works are not only focussed on the U.S. but around the world as well. She has participated in the works of activism in more than sixty countries with the main focus on women's rights, domestic violence, sexual assault, to name a few. 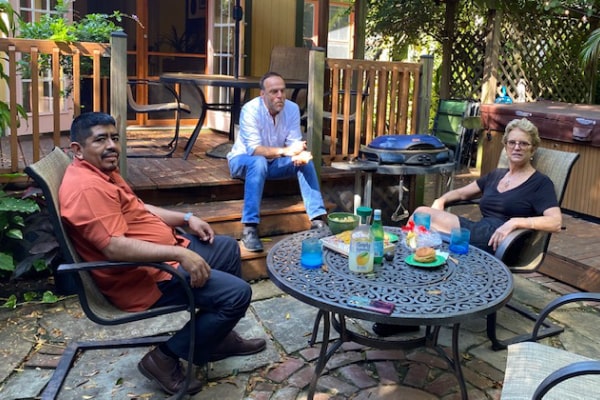 Along with the works as mentioned earlier, Kerry is also the president of Robert F. Kennedy Human Rights. She also served as Chair of the Amnesty International USA Leadership Council for over a decade and is on the board of directors of many national and international organizations.

As one of the most famous people working in the field of human rights, Kerry has received many awards and high honors around the world. Her dedication to her work is inspiring to everyone and surely encourage others to do some good for society as well. She documents many of the works carried out by her organizations on her social media accounts.

Some Facts About Kerry Kennedy