Home Net Worth Kyle Williams Net Worth - Look At HIs Salary Contracts And Earnings From NFL. 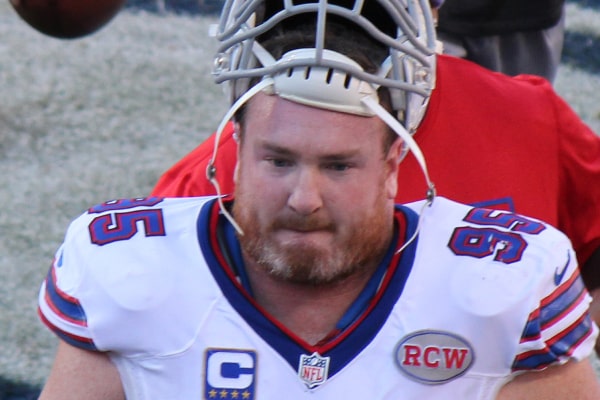 Kyle Williams is a former professional football player from America who used to play defensive tackle for Buffalo Bills. He began playing with Buffalo Bills in 2006 when he was drafted in the fifth round of the 2006 NFL Draft. Kyle played for 13 seasons with the Bills before retiring in 2018.

The American footballer has amassed an enormous fortune as an NFL player. According to Celebrity Net Worth, Kyle Williams' net worth is $22 million. The tremendous wealth accumulated by him comprises his income from matches, contracts, and endorsement deals. Let's know more about how the skillful player earned such massive wealth.

Matt Simms Net Worth - Contracts, Salary And Earnings As An NFL Player

Kyle Williams Net Worth And Career

Aforementioned, Kyle Williams' fortune is $22 million. He started playing football while he was a high school student at Ruston High School. During his senior year, he was named 5A Louisiana Defensive MVP after he recorded 78 tackles, 17 losses, and 7 sacks as a senior. In 2001, he was named MVP of District 1-5A. 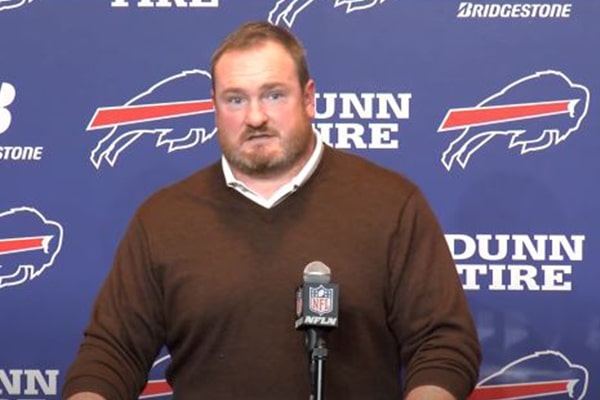 Kyle attended Louisiana State University. From 2002 to 2005, Williams played for the LSU Tigers football team. He finished his college career with 16.5 quarterback sacks, 26 tackles for loss, and 140 total tackles. He helped LSU win the BSC national championship in 2003. In 2005, he became first-team All-SEC and second-team All-American.

During the 2006 NFL Draft, the Buffalo Bills drafted Williams in the fifth round. He was the second defensive tackle drafted by the team that year, behind the first-round pick John McCargo. As per Spotrac, he signed a three-year contract worth $1.80 million with the Buffalo Bills on July 23, 2006. The contract also included a signing bonus worth $144,750. He made his professional regular-season debut in the team's season-opener at the New England Patriots. There he recorded six combined tackles in their 19-17 loss.

In 2008, Williams signed a three-year, $14.5 million contract extension with the Buffalo Bills. The contract also included $5.70 million guaranteed and a signing bonus of $1.79 million. Here is the table showing the income of Williams in different years at the Buffalo Bills.

Over the time span of his career, Williams has accumulated an enormous fortune from the team. He retired after the 2018 season, and Kyle played his last NFL game on December 30, 2018, and made his final appearance in an NFL uniform in the 2019 Pro Bowl game.

During the summer of 2019, Kyle was seen at St.John Fisher College for Buffalo Bills training camp. He served more as a mentor than anything else for the Bills. In March 2020, it was announced that he would be serving as the defensive coordinator for the Ruston Bearcats. According to Glassdoor, the average salary of a high school coach is $44,137 per year., so there is no doubt that Kyle Williams' fortune will increase considerably from his coaching career.

As stated earlier, Kyle Williams' net worth is an estimated amount of $22 million. He has accumulated such tremendous wealth from his NFL career and now as a coach. Thanks to his net fortune, he can afford a comfortable life. He resides with his family in Louisiana, USA.

These days, he is seen playing golf and is a member at Squire Creek Country Club near his hometown of Ruston, Louisiana. Kyle Williams has not revealed much information about his personal life as he likes to keep his family life out of the spotlight.