Matt Simms Net Worth - Contracts, Salary And Earnings As An NFL Player

Home Net Worth Matt Simms Net Worth - Contracts, Salary And Earnings As An NFL Player. 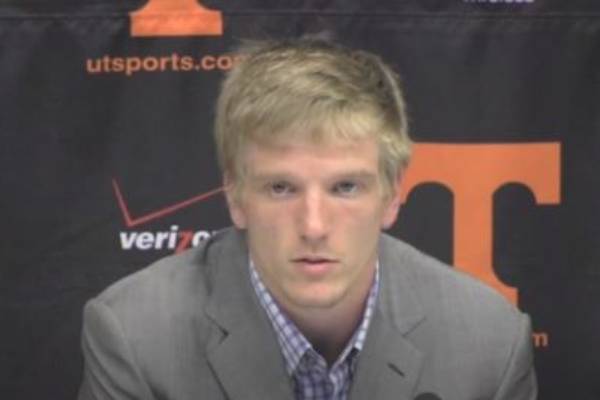 Matt Simms' net worth comprises of his earnings as an NFL player. Image Source: Social Media.

Matt Simms is an American football player who gained popularity by playing for the NFL team New York Jets. Apart from his own achievements, he is also known for being former NFL quarterback Chris Simms's brother and the famous Super Bowl XXI MVP Phil Simms's son. Matt has been actively playing football for some years before he became a free agent.

During his time at a professional level, Matt has gained a lot of name and fortune. As mentioned by Forbes, NFL players earn about $3.3 million on average. Matt Simms's net worth currently has no exact estimation, but we will be going into more detail regarding his income as a player.

Matt Simms Net Worth and Career

As we mentioned above, Matt Simms's net worth is still under the grid but given his performances; we can say it must be a commendable one. As for his father, Phil Simms's net worth is about $16 million. Now, without further ado, let's break down how this quarterback earns his fortune.

Income as an NFL Player

Matt Simms got into football during his time at high school. Later he became a prominent player at the college level as well. His big breakthrough came when he was selected by the New York Jets as an undrafted free agent in 2012. Initially, Matt had signed as a reserve contract. He got his first playing time only in 2013.

Matt had an initial contract with the Jets for three years for about $1.4 million. He was later signed by the Buffalo Bills for the 2015 season but could not continue and was signed by the Atlanta Falcons as a practice squad player. Matt stayed in the Falcons till the 2017 season with numerous contracts. In 2018 he was selected in the second round by the Atlanta Legends for the 2019 AAF QB Draft.

According to Sportrac, Matt Simm's latest salary was about $408,000 for the 2019 season with his second stint at Atlanta Falcons. They released Matt for the 2020 season, so he is currently an undrafted free agent and had a  tryout with the Houston Texans on August 16, 2020

Although he has not had a career like his father or brother, there is still time for the 31-year-old to prove himself. He sure has a commendable fortune from his playing career. Let's hope we will soon get an exact estimation of Matt Simms's net worth.

Matt is quite secretive about his personal life. He is nowhere to be found on social media, so either he is not a part of the social culture, or he is using an alias name. He is probably trying his best to get back to the field as a full-time player or thinking of retirement and follow his father and brother's footsteps into the sportscasting sector. 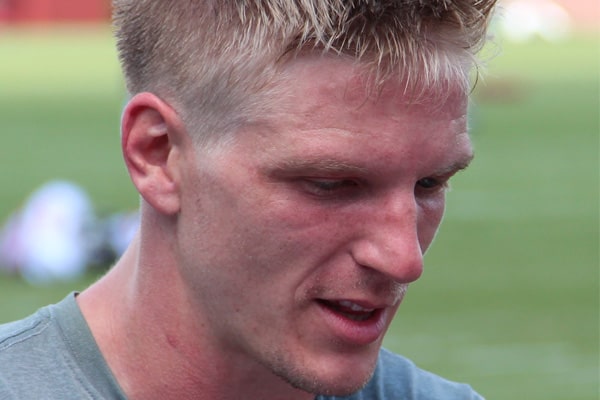 The Simms family seems to have football running through their veins, so we will probably see him actively involved in American football even if he decides to retire.