Home Net Worth Lark Voorhies Net Worth - Income From Saved by the Bell And Know What Happened To Her. 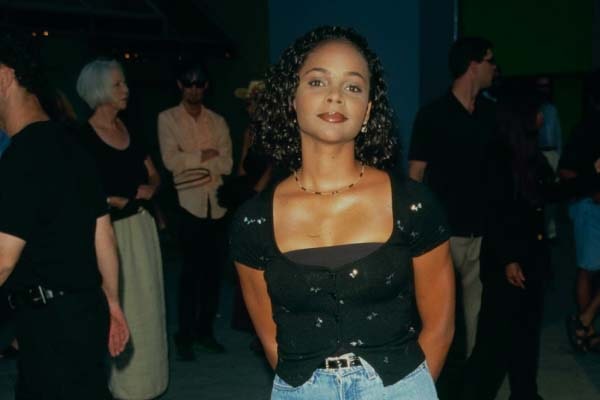 Lark Voorhies has accumulated a net worth of $500K from her acting career. Image Source: Getty Images.

Celebrities are always kept in the highest pedestal by the viewers. Knowing everything about them is always a necessity for their fans, whether it is their family, lovelife, or the amount they earn and many other things. Doing this makes people forget that celebrities are also human beings and go through similar struggles like any other human. Lark Voorhies's troubles are a prominent example of it.

Known for her fantastic acting skills, Lark has been in front of the screen since 1987. With over two decades of works under her belt, Lark Voorhies' net worth is estimated to be $500K.

From her extensive career as an actress in movies, TV series, and short films, the talented Lark Voorhies' net worth is estimated to be $500K. However, there are also sources that suggest that she has an estimated net worth of $1 million. So let's take a look at how the amazing actress has amassed her fortune.

Voorhies started her acting career when she was a kid, but her mother put her career on hold due to her shyness. Lark appeared in an episode of Small Wonder when she was just fourteen. The same year she starred as Lisa Turtle in Good Morning, Miss Bliss, but Disney dropped the series. She retained her role, as Lisa Turtle in the series after NBC picked it up and renamed it to Saved by the Bell. The talented actress is still known as the character she portrayed in these series, and some of them are listed below:

Along with the Saved by the Bell universe, Lark has also been in other shows like Days of Our Lives, Getting By, Small Wonder, Me and the Boys.

Also, the multitalented artist has starred in various movies in small as well as significant roles. Longshot, How High, and Next Hit are some of the films where you can see Lark showing her acting chops.

As the primary source of her earnings, acting in various movies, shows, and short movies has helped Lark Voorhies' net worth to reach new heights with each new role.

Earnings From Her Music

Acting definitely was her calling since she was described as a 'natural-born ham' by her mother when she was only two. However, she tried her hand in singing and surely succeded to some extent. In Saved by the Bell, she not only acted but also sang some tracks. She also released two songs, Roll with Saturday and Me in 2011 from her only album, The Mixer. Her career as a singer might not have gained much traction, but it must have helped with Lark Voorhies' income to some extent.

Along with singing, the actress has also appeared in several music videos. Kenny Lattimore's debut video "Never Too Busy" featured the beautiful artist as his love interest. On Bended Knee by Boyz II Men, Somethin' for the Honeyz by Montell Jordan and These Are the Times by Dru Hill also featured Lark in its videos.

All these projects, whether it was singing or featuring in the music videos, must have helped in increasing Lark Voorhies' net worth even by a tiny bit.

Income From Books And Production

Three books have been written and self-published by the actress since 2011. Reciprocity, Trek of the Cheshire, and True Light are the books written by Lark. These novels are available for purchase in Amazon, and the pricing is given below:

Voorhies also has a production company called You Soy Productions. She wrote, directed, and produced The Hope for Pandora's Box under the company. While the movie never saw the light of the day, the company undoubtedly helped channel Lark's creativity through the behind the scenes work.

What Happened To Lark Voorhies?

The question that is in everyone's mind, What happened to Lark Voorhies? Everyone was interested in knowing about the actress's issues after an interview in 2012. Many photos and rumors about the actress came out where everyone could see that she was not doing well. Later in the year, her mother, Tricia Holloway, revealed that the actress was diagnosed as bipolar. But she kept denying it for years.

Over the years, the actress went through many troubles, divorce, public humiliation being the top ones. People had their own opinion about what had actually happened to her, but the actress herself never talked about her condition. 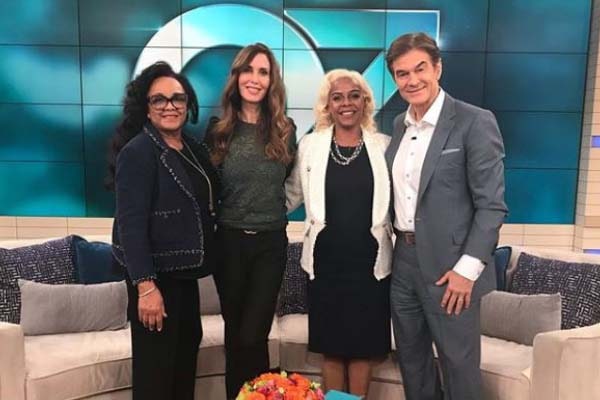 After years of constant speculation, Lark Voorhies appeared in the show Dr. Oz and talked about her issues publicly. She appeared with her mother and her psychiatrist and revealed that she had been diagnosed with schizoaffective thought disorder. This mental health disorder was the cause of many of the events that occurred in her life. According to Lark, she is currently doing well and can even continue acting if anyone wants to work with her. Plus going through her social media accounts, we can see that the actress is doing great.

Some Facts About Lark Voorhies