Lee Kirk Net Worth - Income And Earnings As A Writer, Actor And Director

Home Net Worth Lee Kirk Net Worth - Income And Earnings As A Writer, Actor And Director. 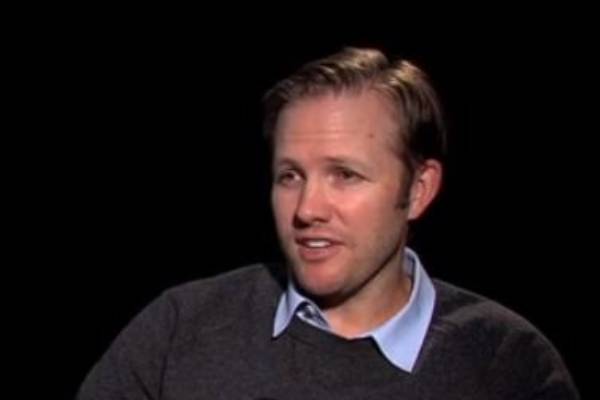 Lee Kirk's net worth comprises of his earnings as a writer, actor, and director. Image Source: Social Media.

Lee Kirk is a well-known American filmmaker who has been part of several movies, television series, and short films. He has written and directed projects like Ordinary World, The Man Who Invented the Moon, and The Giant Mechanical Man and has found much fame for his works.

From all of the films, tv shows, and projects that he has been part of, the American director and writer must have earned a fortune. Also, Lee Kirk's net worth includes his earnings as an actor as well.

As stated above, Lee Kirk's net worth includes his total income as a writer, director, and sometimes actor. He has been part of many famous projects but is best known as the loving husband of actress Jenna Fischer, who has an estimated net worth of $16 million.

Lee Kirk started his career in the film industry with a minor role in the 2000 movie The Specials. However, he first found fame as the writer for the short film The Man Who Invented the Moon, which he also produced and directed. He then wrote two more shorts, The Women and The Benefits of Drinking Whiskey. All of these projects were well-received by the critics and helped establish Kirk in the movie business.

Two years after appearing in Gunn's tv series, Lee got to star in The Office, which also featured his wife, Jenna Fischer. He also directed an episode on the show in 2013. Kirk also collaborated with his wife for the movie, The Giant Mechanical Man, which premiered at the Tribeca Film Festival. It was released in 2012 but only managed to accumulate $7K worldwide.

The American filmmaker then wrote and directed Ordinary World, which was released in 2016. The movie featured Billie Joe Armstrong in the lead role and was about a 40-year-old man who decides to revisit his past as a punk-rock artist. According to his IMDB, this is the most recent project that Lee Kirk has worked on.

While he has been inactive in the film industry since 2016, Lee Krik's net worth must have benefitted from his previous works. He has acted, directed, and written several movies and television shows, which undoubtedly helped him earn a considerable amount.

Like many other Hollywood stars, Lee Kirk has also made Los Angeles his home for many years. He currently lives in Glendale, LA, with his wife and two children. Lee and Jenna bought their Glendale house in 2012 for $1.9 million.

Jenna Fischer and Lee Kirk also owned another house in the LA area before their Glendale home. The pair previously lived in Studio City and sold their house in 2013 for $2.015 million. While Kirk has not put out any projects since 2016, his wife, Jenna Fischer's net worth of $16 million, ensures that the family enjoys a lavish lifestyle.