Home Net Worth Matt Bomer Net Worth - Income From Being Part Of Multiple Acting Ventures. 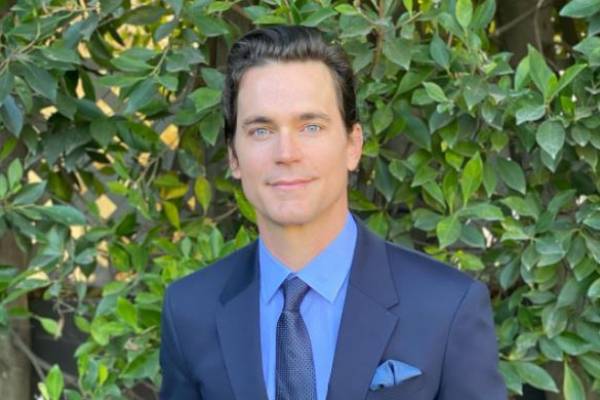 Matt Bomer's net worth of $9 million includes the thousands of dollars he earned as the lead actor of the show, White Collar. Image Source: Matt Bomer's Instagram.

Matthew Staton Bomer, mostly recognized as Matt Bomer, is a celebrated American actor. He has been a part of many shows and movies like All My Children, Tru Calling, Flightplan and Chuck, and has received critical acclaim for his performances.

The American actor made his acting debut in the early 2000s and has since starred in more than thirty-five films and tv-series. As a result, he has gained massive fame and also amassed a giant fortune. According to Celebrity Net Worth, Matt Bomer's net worth is estimated to be around $9 million.

Lindsay Price Net Worth - Has Been Active Since The Mid-80s

Matt Bomer Net Worth And Earnings

As mentioned above, Matt Bomer has amassed a fortune of $9 million from his decades-long career. He has been a significant part of numerous successful movies and television series and has been paid thousands for his work.

Matt Bomer made his professional stage debut at age seventeen as Young Collector in the production of Tennessee Williams' A Streetcar Named Desire at the Alley Theatre. He then appeared in the 1998 production of Joseph and the Amazing Technicolor Dreamcoat as Issachar. The play was performed at the Utah Shakespearean Festival.

The talented actor then starred in the production of Roulette and Villa American. However, his Broadway debut only came in 2018 with the revival of the play, The Boys in the Band, where he portrayed the character, Donald. This performance not only helped Bomer make a considerable sum but also earned him Broadway.com Audience Choice Awards nomination.

While Matt Bomer's entertainment industry debut came as a stage actor, he is best known for his television appearances. He first appeared in the show All My Children as Ian Kipling in 2000. Matt then starred in the series Guiding Light but came into prominence for playing the part of Luc Johnston in the supernatural drama Tru Calling.

Matt Bomer went on to guest star on other shows like Chuck and Traveler. Then in 2009, he managed to secure the role of Neal Caffrey in the police procedural drama White Collar. He played the main character in the series and, according to The Cinemaholic, was paid a whopping $125,000 per episode. In the span of six seasons, the show had 81 episodes, and Bomer's earnings from the show must have been around $10 million.

After the show ended, Matt joined the American Horror Story's cast and portrayed the characters, Donovan and Andy. While there are no concrete details about his earnings, Bomer's salary in the show must have been the same, if not more than, the $125K he earned during White Collar.

The American actor has since appeared in other shows like Will & Grace, The Sinner, and The Last Tycoon. He also voiced the character Larry Trainor and Negative Man in few episodes of Doom Patrol. And income from all of these television series appearances must have helped increase Matt Bomer's net worth.

Like his television career, Matt Bomer also found immense success from his film career. He made his big-screen debut in the 2005 movie Flightplan, which also starred stars like Jodie Foster, Kate Beahan, Peter Sarsgaard, and Sean Bean. He then appeared on In Time, The Texas Chainsaw Massacre: The Beginning, and the tv-movie, Amy Cone and 8.

Matt Bomer then gained worldwide fame after appearing in the movie Magic Mike and its sequel Magic Mike XXL. He has since been a part of other films, many of which have grossed millions. Some of the movies and their respective worldwide box-office collection are listed below:

As a significant part of the above-mentioned movies, the talented actor must have pocketed a considerable sum as a profit bonus from them. Also, the salary he received for his performances on these films undoubtedly helped increase Matt Bomer's net worth.

In addition to acting, Matt Bomer has also showcased his skills as an eyewear designer. He collaborated with actress Ashley Benson and eyewear brand Privé Revaux to design the Bomer X Benson collection, which has six different eyeglasses. 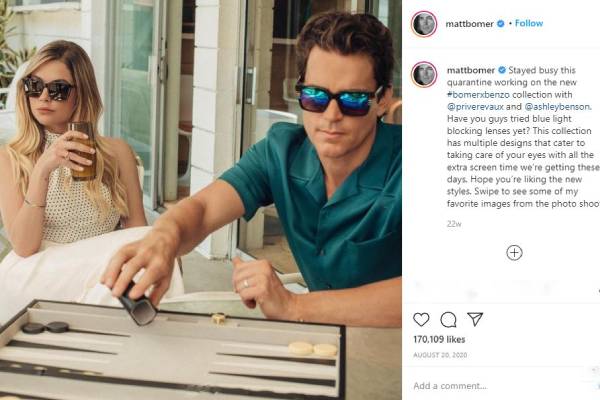 The gender-neutral collection has aviator sunglasses to winged designed eyeglasses, all of which costs $39.95 per piece. The products are available in a number of colors and can be found on Privé Revaux's official website. As the co-designer of the collection, the overall sales of this eyewear undoubtedly helped raise Matt Bomer's net worth.

Furthermore, according to the Cinemaholic, Matt also earns around $235,000 yearly from the sponsorship deals and brand endorsements.

With a fortune of $9 million to his name, Matt Bomer undoubtedly enjoys a lavish lifestyle. He grew up in Texas but now lives in Los Angeles with his husband, Simon Halls, and their three children. According to Variety, Bomer purchased a $3.1 million house in the Hancock Park area of LA. While it is unclear if the actor and his family still call it their home, there is no doubt that they live comfortably.