Home Net Worth Michael Anthony Net Worth - Income From Van Halen And Chickenfoot and the Circle. 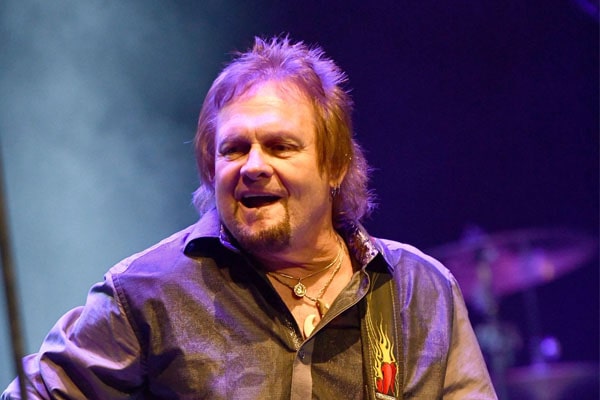 Michael Anthony has managed to amass a large fortune from his music career and business ventures. Image Source: Getty Images.

As one of the original members of many famous bands, Michael Anthony has made a name for himself in the music world through his amazing guitar skills. Whether it was in Van Halen or Chickenfoot, Anthony's skills as bassist made him renowned all over the world and helped him earn enough for a lifetime.

Michael Anthony's net worth is estimated to be $70 million. He has amassed this fortune from his fantastic music career as well as well-thought business ventures.

Michael Anthony's Net Worth And Earnings

According to Celebrity Net Worth, Michael Anthony's net worth is estimated to be $70 million. His career as a bassist for big bands like Van Halen, Chickenfoot, and The Circle and clever business ventures has helped him earn a huge sum.

Michael Anthony was the original bassist of the band, Van Halen. He was even part of Alex Van Halen and Eddie Van Halen's previous band, Mammoth. As the bassist and backing vocalist of the group, Anthony has been part of Van Halen's every album except the latest one. During his time, the band was at the pinnacle of success, with chart-topping albums and soldout worldwide tours. For thirty years, the talented bassist was part of the famous band and produced albums including, Van Halen, Van Halen II, Women and Children First, Fair Warning, and Diver Down. These albums did well on sales, and Michael Anthony's net worth must have been increased from them. Some of the albums and their earnings during his time in the band mentioned in The Richest are given below:

Along with producing chart-topping albums, Van Halen also had tons of sold-out tours. Along with the tours supporting their albums, they have also performed in different music festivals around the world. Earnings from these tours and festivals must have been pretty impressive, looking at the band's popularity. They are also included in the Guinness Book of World Records as the highest-paid single appearance of a band after a set at the U.S. Festival in 1983 for $1.5 million. These figures show that Michael Anthony's earnings from the performances must have been substantial.

Income From Chickenfoot And The Circle

While the band was at its highest due to internal reasons, Michael was replaced as the bassist of Van Halen by Wolfgang Van Halen in 2007. During this time, he was touring with Sammy Hagar and ex-Van Halen vocalist. Later, the duo founded Chickenfoot with drummer Chad Smith and guitarist Joe Satriani. They released two albums, Chickenfoot and Chickenfoot III, in 2009 and 2011 respectively and have toured as a group on many occasions. There is no official news about the band's status as of now, as the members are possibly busy with other projects.

In 2014, The Circle, also known as Sammy Hagar & The Circle, was formd with Hagar as the vocalist, Anthony as the bassist, Jason Bonham in drums, and Vic Johnson as the guitarist. The band's live album called At Your Service was released in 2015. Their debut studio album, Space Between, however, was released in 2019 and debuted at number 4 in Billboard charts.

While these bands might not have gained as much popularity as Van Halen, they had their fair share of success. Also, through various tours and album sales, Michael Anthony's net worth must have reached new heights during his time in both of the bands.

Income From Other Business Ventures And Merch

Music might be his primary source of income; however, Anthony has also invested in other business ventures of his liking. He has his signature products like hot sauce, BBQ sauce, and hot mustard. These products are in collaboration with a restaurant in San Diego. "Mad Anthony," his hot sauce brand has been mentioned in news and FoodNetwork. The products are available on Michael's personal website, Mad Anthony Cafe. Some of the Mad Anthony sauce and their respective prices are listed below:

Along with hot sauce, the talented bassist also has his own line of merchandise which includes, caps, t-shirts, and miniature versions of the basses he uses in tours. Also, as a part of the band Van Halen, he must have earned from the band merchandise sale. Michael Anthony's earnings come not only from his time in various bands but also from his merchandise and his hot sauce business.

As a musician with staggering wealth, Michael Anthony lives a life of luxury. As seen in the bassist's official Instagram, he seems to love going on vacation and boat trips on various occasions with his family. 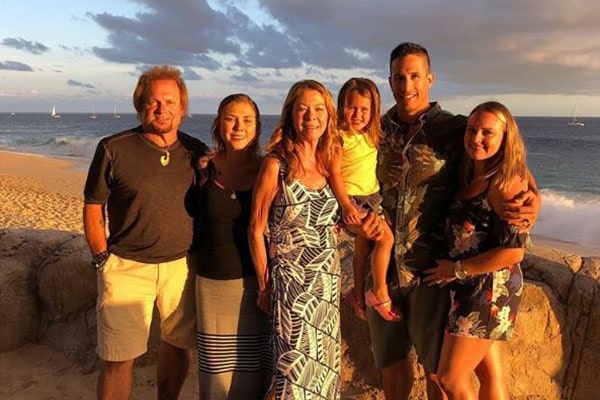 As for his belongings, in 2011, Michael sold his Glendora home, which he bought in 1989. The 7,100-square-feet home featured five bedrooms and seven bathrooms and was sold for $1.77 million. The details about his current property in L.A., however, is not disclosed. Moreover, Anthony is an avid collector of vintage cars. According to his website, he owns many expensive cars like 1933 Hiboy Roadster, 1957 Chevy Nomad Wagon, 1969 Shelby GT500, among others. These cars must have cost thousands, if not millions, for each.

Looking at the massive collection of cars and the neighborhood he stayed in, we can be sure that Michael Anthony has a very lavish lifestyle.

Some Facts About Michael Anthony