Narvel Blackstock Net Worth - Income And Earnings As A TV Producer

Home Net Worth Narvel Blackstock Net Worth - Income And Earnings As A TV Producer. 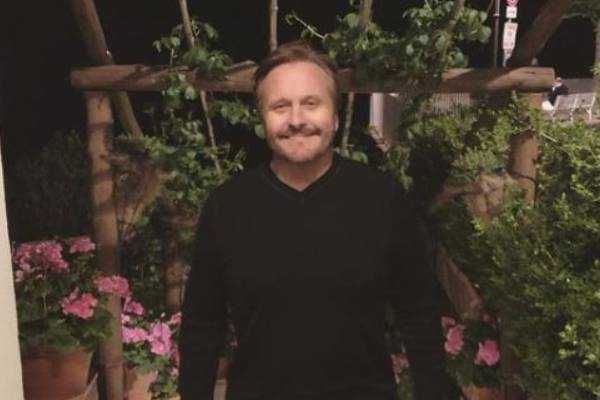 Narvel Blackstock's net worth of $50 million includes his earnings as a manager and television producer. Image Source: Instagram/ lpstroud.

Narvel Blackstock is a famous manager and television producer who has been part of the entertainment business since the late 1980s. He has established his own management companies, which represent numerous high-profile country artists.

As the owner and CEO of the company Starstruck Entertainment, the American producer and manager has amassed a fortune over the years. According to Celebrity Net Worth, Narvel Blackstock's net worth is estimated to be $50 million.

Narvel Blackstock Net Worth And Earnings

As stated above, Narvel Blackstock has an estimated net worth of $50 million. He accumulated this fortune from his time as a television series and as the owner of the management company, Starstruck Entertainment.

Narvel Blackstock established the management company Starstruck Entertainment in 1988 with his then-wife, Reba McEntire. While they only founded the company to control Reba's career as a country singer, it soon gained traction and is among the most well-known management company for country artists. Currently, Starstruck Management helps develop and manages singers, producers, songwriters, and recording engineers.

Three decades after its establishment, Starstruck Entertainment is now owned and operated by Narvel himself. He was the manager for his ex-wife for many years but now is the CEO of the company and helps manage a slew of artists, including Blake Shelton, Maggie Rose, Brynn Cartelli, and Kelly Clarkson. These artists are some of the highest-earning musicians in the current scene (Shelton has a net worth of $100 million and Clarkson has $45 million) and have helped keep the company afloat.

In addition to managing artists, Starstruck Entertainment also represents many producers and recording engineers. Many of these musicians have earned millions from their careers. And as the agency that represents them, the company receives a certain percent from their total earnings. And as the owner and CEO of this company, Narvel Blackstock's net worth includes his earnings from the commissions he receives from the artists he manages.

Income As A Television Producer

After gaining much fame and fortune from his time as a manager for music artists, Blackstock tried his hand in producing materials on television. His first project was the tv-movie Is There Life Out There, for which he acted as an executive producer. Narvel continued to executive produce several other television movies like Forever Love and Secret of Giving and directed a music video for few artists.

Along with tv-movies, Narvel also created television specials like Blake Shelton Live: It's All About Tonight, Kelly Clarkson's Cautionary Christmas Music Tale. He also executive produced the famous comedy series, Malibu Country which featured his ex-wife, Reba McEntire. These shows have done well, and earnings from them have helped increase Narvel Blackstock's net worth.

Narvel Blackstock has amassed a fortune of $50 million from his career as the owner of Starstruck Management and television producers. As a result, he enjoys a lavish lifestyle with his girlfriend, Laura Putty Stroud, a real estate agent. Very little is known about Blackstock's life and his current residence, but he had invested in several properties around the country during his marriage to country star Reba.

Reba and Narvel bought a two-acre property in Beverly Hills in 2003 and paid exactly $9 million. The pair then sold it for $22.5 million around the time of their divorce in 2015. The couple also had an eighty-three-acre property known as Starstruck Farm in Lebanon, Tennessee. The property was put up for sale for $7.9 million in 2016 but was sold for $5 million a year later.

While there is no information about Blackstock's current living conditions, there is no doubt that he is enjoying a lavish lifestyle.