Paige Spiranac Net Worth - What Are Her Income Sources Besides Golf?

Home Net Worth Paige Spiranac Net Worth - What Are Her Income Sources Besides Golf?. 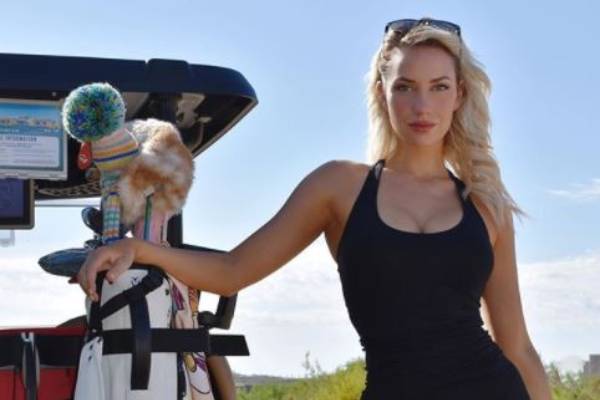 Paige Spiranac's net worth includes her earnings as a professional golfer and model. Image Source: Instagram/_paige.renee.

American social media personality and golfer Paige Renee Spiranac came to the public eye after posting trick shots on her social media handles. It took no time for her to establish herself as one of the most sought out golfers on social media. By the end of 2018, she had already crossed two million followers on Instagram.

With this much attention and fame, Paige is on her way to becoming a celebrated personality. She is also a fitness model and has been featured in different magazines such as Sports Illustrated Swimsuit and Golf Digest. She sure has made a lot of fortune from her social media image. Paige Spiranac's net worth has not been evaluated yet, but we do know how she makes her money.

Paige Spiranac Net Worth And Career

As we mentioned above, Paige Spiranac's net worth is possibly massive but currently unavailable. But being a huge social media and golfer where money knows no limitations, she must have millions of dollars under her sleeve. She also has a YouTube channel, which helps her to collect even more revenues. Although her professional golfing has not been as thrilling as she had probably wished it to be, Paige has found new ways to make her living.

Earnings as a Golfer

Paige was raised in a family with a sports background, so it was relatively easy for her to chase her sports passion. She had initially practiced gymnastics with hopes of making it to the Olympics, but unfortunately, with her knee cap being derailed twice in injury, she shifted towards golf. Paige had an exhilarating junior career where she won five of seven tournaments she participated in Colorado's junior golf circuit, including the 2010 CWGA Junior Stroke Play. She was ranked as a top-20 junior player in the world.

Paige played college golf at San Diego State University after a thrilling junior career at high school. She won First-Team All-Mountain West honors, a fifth-place finish at the Cal Classic, a sixth at the Mountain West Championship, and nineteenth at the NCAA Central Regional Championships with them. She began her professional career in 2015 through the Cactus Tour, where she earned about $8,010 in winnings.

Paige made it to the Ladies Scottish Open at Dundonald, finishing 58th, and participated in the LPGA qualifying event in 2015 but was unsuccessful. She was invited to participate in Dubai in December 2016 but failed again. She has not tried professional golf since then. She claimed that she had lost confidence mentally. However, through her relatively short golfing career, she had made some convincing amount of fortune.

As we mentioned above, Paige has been featured for different magazines like Sports Illustrated Swimsuit and Golf Digest as a fitness model. She also began writing a monthly column in Golf Magazine, with the December 2018 issue. She has partnered with different brands such as  Parsons Xtreme Golf and 18Birdies as a brand ambassador, which definitely makes a mark on her fortune. Paige has also signed deals with Mizzen + Main, and Philip Stein Watches.

Paige Spiranac is also part of the CBD brand Medterra which sells different CBD products available for purchase through its website.

Furthermore, Paige also has a YouTube channel with about 164k subscribers, where she teaches different golf techniques. According to Social Blade, her YouTube channel makes about $4.8K - $76.3K annually. She also runs a podcast called Playing A Round Podcast, which is available for a subscription through apple podcasts. This definitely helps to solidify Paige Spiranac's net worth.

Paige is living a life as a social media influencer and a golf teacher. She can be regularly seen sharing her ideas and beliefs with the public, along with teaching golf lessons here and there. She seems to love to showcase her extraordinary physique every once in a while through some captivating photographs. From trick shots to physical beauty, she seems to be living a quality life. 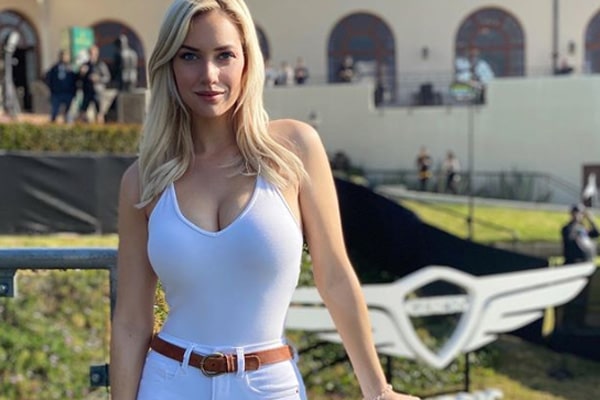 Paige has been incredibly successful on social media platforms in a relatively short amount of time. She has been an inspiration for many out there in implementing your passion somewhere else to make the most out of it. Her career as a media personality has by far exceeded her profile as a player but let's hope we will get to see her play professional golf once again in the near future.